Hide Your Kids, Hide Your Car – The iPhone 7 Explodes And Sets Car On Fire As Well 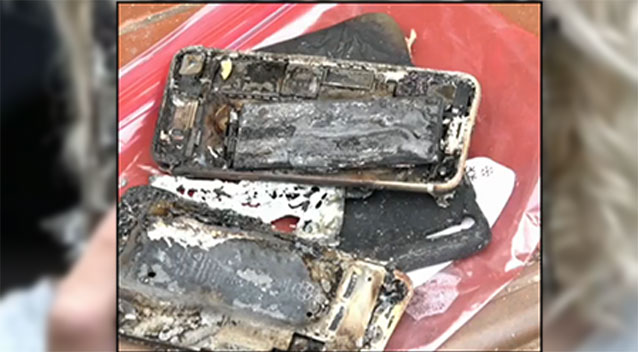 As we exit 2016, we'll have witnessed a lot of controversy. It's been a slow year for mobile all around, as manufacturers wait for major hardware upgrades next year. For devices, we've seen a couple of great flagships and designs. Of the latter, it's been the LG G5's year, as the Korean manufacturer becomes the first to present a modular flagship smartphone. For new features, it's another Korean manufacturer Samsung who brought Iris scanning on top tier devices. Apple took a much subtle approach, with the iPhone's major changes being less visible. However, when it comes to explosions, both Apple and Samsung aren't safe from infamy. An iPhone 7 has recently exploded causing significant damage in its wake. Take a look below to find out more.

As the year ends, a lot of users will be vary of their smartphones. Samsung's aforementioned Galaxy Note 7 will be the primary reason behind this. The device's faulty design/batteries have forced the Korean tech giant to suspend production and issue a complete recall. This has affected its brand reputation significantly and has resulted in the device being banned on airlines completely.

Now, it's looking like the Note 7 isn't the only device that is susceptible to combustion. We've been seeing a lot of similar reports surface for the iPhone 7 as well. While the majority of these just might be inauthentic, a couple do look to be the real deal. One of these, which has surfaced today claims considerable damage. It's from Australia and shows a malfunctioning iPhone 7 that has left a lot of damage in its wake.

Surfer Matt Jones had purchased Apple's iPhone 7 only a week back. On one of his trips to the beach, Jones left the smartphone under his clothes in his car. When he returned, he was surprised on two accounts. Both his car and iPhone 7 were on fire, in an unfortunate display of the age old proverb 'two birds, one stone'. Jones was quick to record the remains of his phone, clothes and car. You can take a look at them in the images above. He believes that the iPhone is the source of the fire, and we're inclined to concur.

Jones also further claims that he hasn't used any third party charging accessories with the iPhone in question. While this is likely to be an isolated incident, the recent misfortune surrounding Samsung does breed some uncanny correlation. Apple's taken note of these events and is investigating the matter. It's been an interesting year folks, with some rather unusual patters. Let us know what you think in the comments section below and stay tuned for the latest.