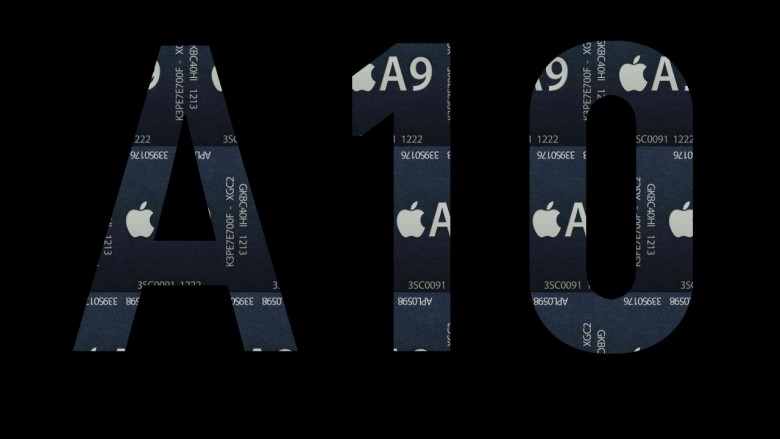 The iPhone 7 and the iPhone 7 Plus will be launched in two days. The pair have featured consistently in the rumor mill over the past couple of months. Therefore, we've once again managed to gain a consistent idea of what to expect this year. Information so far suggests subtle design changes on board. Thees start with the removal of the 3.5mm earphone jack and end with the iPhone 7 Plus featuring a dual camera. While leaks and rumors about features have abundant, news about hardware specifications hasn't provided us with major details. Little is known about the Apple A10 except that it'll be manufactured on the 14nm FinFET and will most likely feature advanced processes from TSMC. Today, some more alleged and sketchy information about the processors has surfaced. Take a look below to find out more.

The Apple A10 hasn't been a regular feature of the rumor mill. Core hardware specifications aren't a critical point in many Apple users' usage. The rumor mill therefore always focuses more on design, multimedia and other upgrades for the iPhone. That doesn't mean that the A10 hasn't seen any attention. It'll improve over the A9 in terms of conduction and heat management coupled with the regular frequency upgrades. It'll still be some time before we get to know the actual frequencies of the processor. Apple isn't much for technical details in its launches.

Today, some information has surfaced from China that might make things more clear for the A10. An alleged benchmark for the iPhone 7 and alleged frequencies for the A10 has surfaced on noted Chinese leaker ice_universe's Weibo. While it does appear on GeekBench, we'd advise you to consider several factors before evaluating it. First, the operating system shown is iOS 10, which sounds very far fetched. Secondly, the device under testing is an iPhone 9,3, which doesn't sound very legit to us. 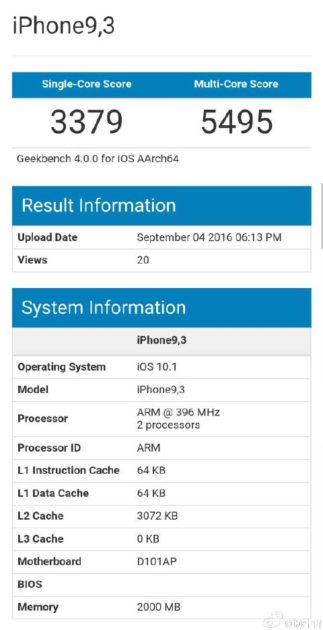 Moving forward from these, the scores that today's image shows are quite impressive indeed. It shows a good picture for the iPhone 7 and the Apple A10. Combine this with some more claims that Ice Universe is making and you'll end up believing that Apple has stepped up its game in hardware. He's also claiming that the A10 will be able to reach frequencies of up to 2.4GHz. These should be quite impressive particularly when combined with the iPhone's software/hardware integration.

Just as always, take everything with a grain of salt until official confirmation. The benchmark posted above is very sketchy indeed and we wouldn't be surprised if it isn't authentic. Nevertheless, things will be clear in just two days. This year's iPhone upgrades by Apple do look to simply give the company one more calendar year until the iPhone 8 is launched next year. Thoughts? Let us know what you think in the comments section below and stay tuned for the latest.