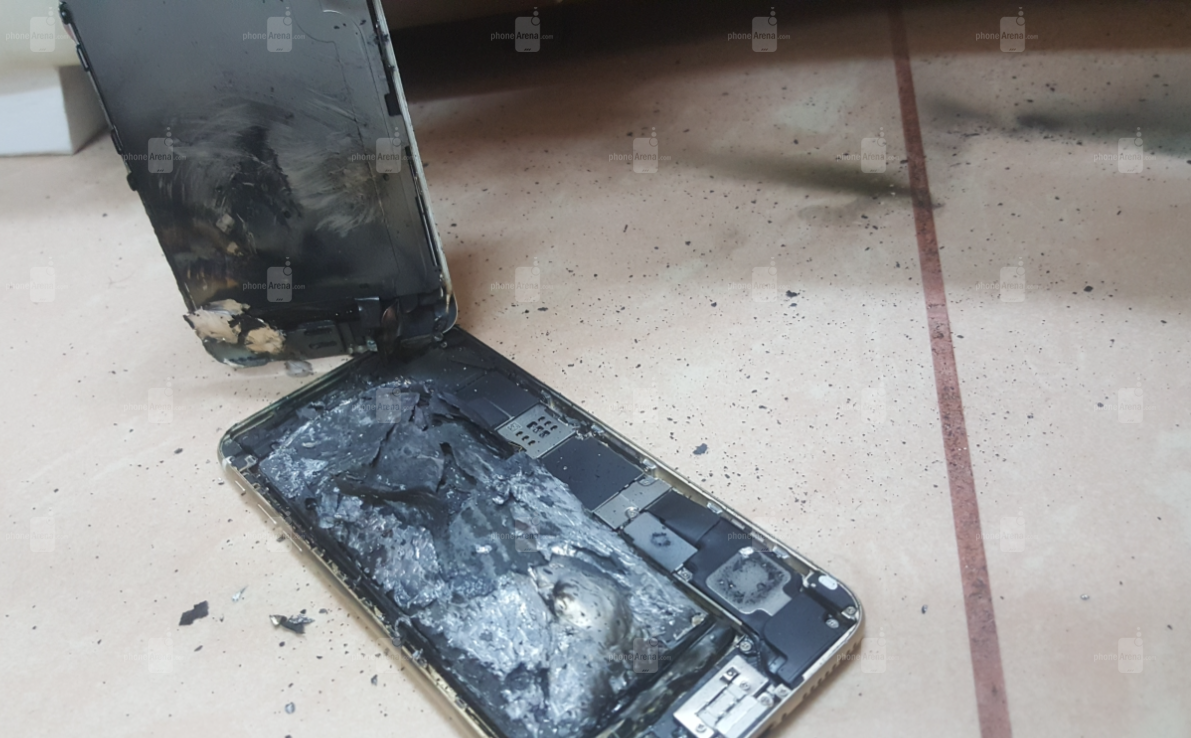 Courtesy of the Samsung Galaxy Note 7, smartphone explosions have started to catch the public eye a lot these days. Whether it's Android or iOS which catches fire, users find themselves concerned whether their device will be the next to suffer a similar fate. Today, it's the iPhone 6s' turn for the spotlight, as another device has caught fire while charging. Apple's been investigating the device's battery issues for quite a while and we're not sure whether today's event is a direct result of the fault in question. Take a look below to find out more.

Apple's iPhone 6s Catches Fire While Being Unplugged From Adapter

Our smartphones are a complex combination of chemicals and electronic components. While everything appears glossy on the outside, on the inside there's a critical balance which has to be maintained. Tinker, or get this wrong and you'll have unfortunate circumstances on your hand. Samsung learned this the hard way on the Galaxy Note 7 and looks like Apple's headed in a similar direction.

Now, we're seeing a report of an iPhone 6s catching fire while charging. The lineup's faced charging problems over the past couple of months as well. According to several reports, the iPhone 6s simply shuts off when the battery is at 30%. According to Apple, this is because the device contains a little extra ambient air introduced during manufacturing.

According to the user who shared these images, the incident took place when he removed his adapter from the power outlet. Reportedly, the iPhone 6s in question began to emit smoke, at which point he dropped it on the floor. As you can see above, the device is destroyed completely and won't do much in the future. Whether Apple has been contacted in response or if the user is demanding compensation, folks over at PA are unsure.

Apple's going to have to remove any real or perceived defects in its gadget qualities if it wants to have a successful 2017. Cupertino's been under a lot of fire lately particularly related to the MacBook Pro and its battery life problems. Given that sensitivity to any information which pertains to devices catching fire is high at the moment, the cumulative impact of similar incidents in the future will spell into bad news for the company. Thoughts? Let us know what you think in the comments section below and stay tuned for the latest.