When it comes to the iPhone 6s duo, there's nothing more than the leaks can reveal at this point, asides from a video showing all the capabilities of the devices and some live hands on images. After seeing leaks covering nearly everything from the upcoming devices' design, to their new features, to their performance specifications, we head into Apple's launch event tomorrow with a good amount of information. Well, you can some more retail box images of the upcoming iPhone duo today, which claim to confirm another alleged feature on Cupertino's next flagships. 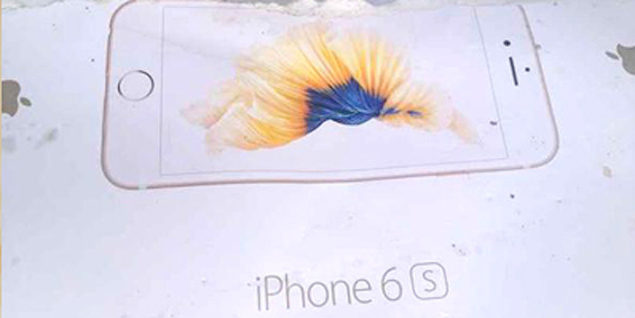 Asides from Force Touch, Apple's been rumored to bring another feature on its iPhone duo that's borrowed from the Apple Watch. Motion wallpapers have made several rounds already rounds w.r.t the iPhone 6s lineup, and if you look closely at the image above, you'll see that they might be coming this year. Motion backgrounds on the iPhone would be a nice features for users all around, and will end up adding a bit more color to your iPhones.

The Apple Watch's motion backgrounds cover various areas such covering natural organisms and with the iPhones, we'd bet Apple should have some interesting tricks up its sleeves. But before you get too smitten by these images, the boxes they show do deviate from Apple's existing boxes for the iPhone 6 lineup in some aspects, so we'd advise you to take things as an unconfirmed preliminary for now. The iPhone 6s Plus' alleged retail packaging can be seen in the image below. 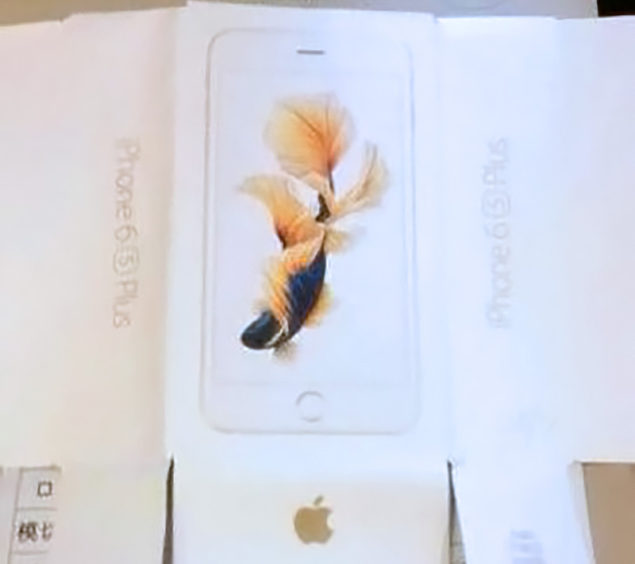 If you're familiar with Apple's designs for its retail boxes, then you'd know that they come with rarely any extras asides from a simple image of the device, and logos. In contrast, today's images show logos on every side of the boxes, leading us to doubt their authenticity. Its also possible that the above images belong to some earlier samples of packaging materials and not the final designs for Apple's products. The main mantra of the day is motion wallpapers and we just might see the feature get introduced on the iPhone this year.

Aside from wallpapers, the iPhone 6s duo is also expected to come with Force Touch, an all new Apple A9 processor, increase in camera resolutions and features, to name a few. Apple's set to launch the devices in a little more than 24 hours from now, so be sure to stay tuned for all the details on the next iPhones. Till then, let us know what you think in the comments section below.