For all Apple fans still looking to buy an iPhone 6, there's good news today. All the variants of the iPhone 6 will see their prices slashed by $100 this November. Which means that you can purchase the 16 GB iPhone 6 for a mere $99 with a two-year contract. This information comes courtesy of a leak flier belonging to warehouse retailer Sam's Club. 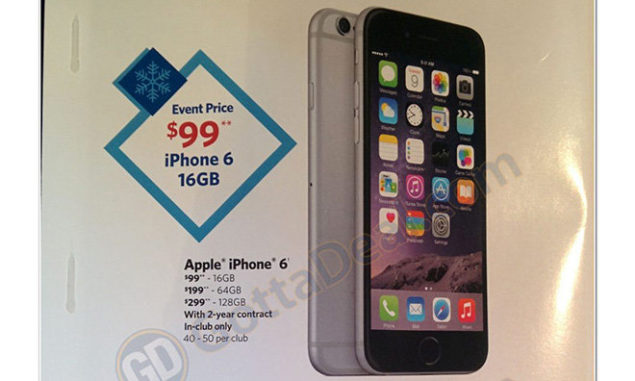 The amount of iPhone 6 units available under these price cuts will not be infinite however. Each Sams Club outlet will have 40-50 units in stock, which means that only those who manage to get to the outlets in time will be able to grab an iPhone 6 at $100 less. In addition, some stores might also not have the 64 and 128 GB models in stock.

The deal also does not cover the much more in demand iPhone 6 Plus. It does however cover last year's iPad Air, which will also be seeing a $100 price cut. The 'holiday saving' celebration starts at 7 a.m on November the 15th and will last the entire day. Though we expect the stores to be out of iPhone 6 units much before the day ends.

Sam's Club won't be the only retailer to announce price cuts on major gadgets however, even though it might be the first. Several retailers are expected to follow similar suit this year. Will you be purchasing an iPhone 6 for $99 this year? Let us know in the comments section.