Apple to Increase MacBook Pro Orders as It Reportedly Sees Notebook Growth of 20 Percent in Q3, 2020 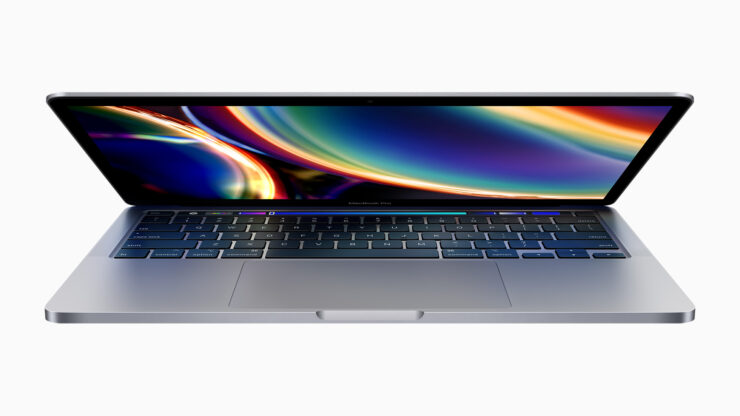 Apple will apparently increase MacBook Pro orders with suppliers as a new report believes that there is going to be significant growth in the next quarter. Apple already saw a 36 percent growth in worldwide Mac shipments despite the ongoing pandemic and it would most likely want this momentum to continue throughout 2020.

Apple Is Also Said to Produce New 13-inch MacBook Pro With Its Custom a-Series Chip, Which May Add to That Shipments Growth, but for a Later Quarter

A report published by DigiTimes talks about how Apple is adjusting to the demand of MacBook models from creative professionals that are currently working from home due to the ongoing pandemic. The creative market is said to improve in the coming months and Apple wants to make adjustments accordingly. Previously, the upstream supply chain believed that demand due to lots of customers working from home would last for a short period, but seeing as how there’s more demand for such products, orders will be increased.

The MacBook volume is expected to grow to four million units in the third quarter, with Apple seeing an overall shipments increase of 20 percent. The report doesn’t that these MacBook Pro models are only going to feature Intel processors and not Apple’s custom A-series silicon. That’s because the company is said to introduce the first 13-inch MacBook Pro with its own hardware in Q4, 2020.

According to a previous report, the 13-inch MacBook Pro touting a custom Apple chip will go into production in the fourth quarter. While a tipster says that Apple will discontinue the MacBook Air, that same report also says that a new MacBook Air might go into production during Q4, 2020, or early Q1, 2021. Customers might see considerable value in picking up the newer models, resulting in Apple posting a higher shipment growth for the fourth quarter of 2020, but that remains to be seen in the future, so stay tuned.