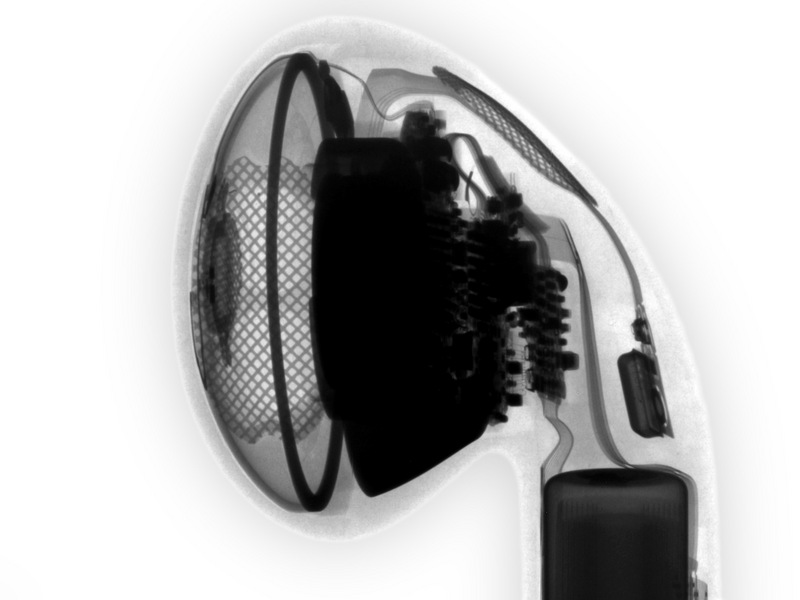 Before September, it'd been a while since Apple did anything new. After September, it's still been a while since Apple's done anything new. The company's tagline of innovation itself seems to be outdated, ironically. Still, we did get a couple of upgrades. The most talked about one was the iPhone 7 and iPhone 7 Plus removing the 3.5mm earphone jack. Apple ventured into brave new territory, and received the corresponding amount of criticism. The company also announced AirPods, its take on wireless earphones. Now, folks over at iFixit have carried out a teardown of the earphones. Take a look below.

If you cram lots of components in a tiny space, things will get messy. It'll also be very difficult to remove them piece by piece, due to the obvious space considerations. That's exactly the case on the AirPods, as iFixit elaborates. Apple's AirPods are virtually impossible to repair, and earn a 0 out of 10 on the repair-ability scale. Wondering what's underneath the tiny buds and their case? Let's take a look.

For starters, the AirPods feature a 93 millwat hour battery, which equals 1% of the iPhone 7's power pack. They also have individual model numbers. The left pod has a model number of A1722 and the right one is labelled A1523. Inside the speaker portion, you get the IR proximity sensor, a very small coaxial connector and the logic board which contains a myriad of wires.

Moving towards the stem, things get a bit more easier. After removing the charging contacts, there's the battery, covered by the antenna. All done with the battery and after the flex cable is removed, there's a speaker assembly which directly houses the IR sensor mentioned above and antenna lines. The W1 chip is dubbed as Apple 343500130. The case for the AirPods is equally difficult to disassemble. While the Pods are held with copious amounts of glue, the case is simply designed as un-openable.

Inside is a 1.52Wh battery, which is approximately 16 times the capacity of the AirPods. An interesting discovery made by iFixit is poor quality soldering in the chip joints for the case. Apple hasn't been consistent with the AirPods, and this could be one of the reasons why. Apart from these, the case contains a couple of chips and indicators for the power light. All in all, the AirPods and its case are just what you'd expect. A tight combination of tiny components glued together. Thoughts? Let us know what you think in the comments section below and stay tuned for the latest.