Apple’s Looking To Acquire ARM To Fortify Its Processor Advancements

With Korean giant Samsung looking to diversify through its alleged acquisition of AMD, looks like folks over at Cupertino aren't too far behind either in their strategic thinking. Just two weeks backs word out of Samsung's home country Korea indicated that its interested in AMD in order to compete with Intel and Qualcomm through the former's CPU and GPU IPs. Well today, courtesy of the Chinese we believe Apple just might have similar plans as well. 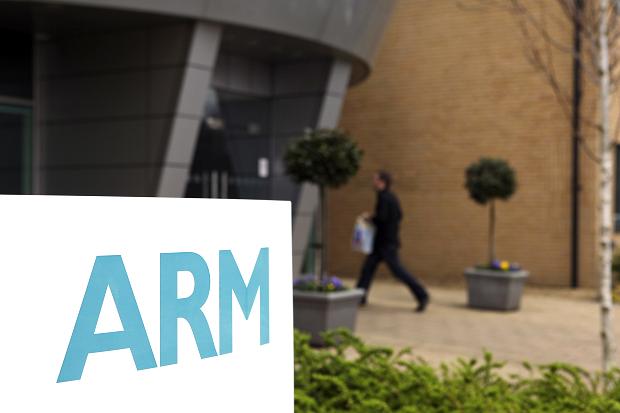 Even though Apple releases its iPhone with its own Cyclone cores, its still based on the ARMv8 meaning that Cupertino's still very dependent on its supply partner. This coupled with ARM's increasing advancements in the architectural sphere, in particular a recent advancement that results in a mobile processor design blueprint capable of 3.5 times the speed and 25% decreased power consumption when compared to last year's designs has led some to believe that folks over in San Francisco might be feeling a tad bit insecure.

Furthermore, given Apple's plans for its own processors for future MacBooks, the acquisition of ARM would only enable the technology giant churn out better, fast designs and micro-architectures. In the long run, not only will Apple be able to take out a potential threat to its mobile processor design but also reduce dependance on long time partner, Intel. Analysts are of the belief that Apple needs a share price of 15 pounds to purchase a controlling stake in ARM.

But what do folks over at ARM have to say about all of this? We don't know as of yet, but the significant capital backing that Apple has to offer would help the company go a long way towards designing even better cores and processors. And given the increasing trend in the mobile chipset industry towards custom cores, with Qualcomm's Kyro and Samsung's Mongoose leading the way for potential future manufacturers, perhaps an alliance with Apple would help ARM ensure that its relevance and margins are protected. But while all of this sounds good for all the stakeholders involved, there's a chance that's its still hot air. ARM's acquisition would be a big step for Cupertino nevertheless. Stay tuned, we'll keep you updated and let us know what you think in the comments section.