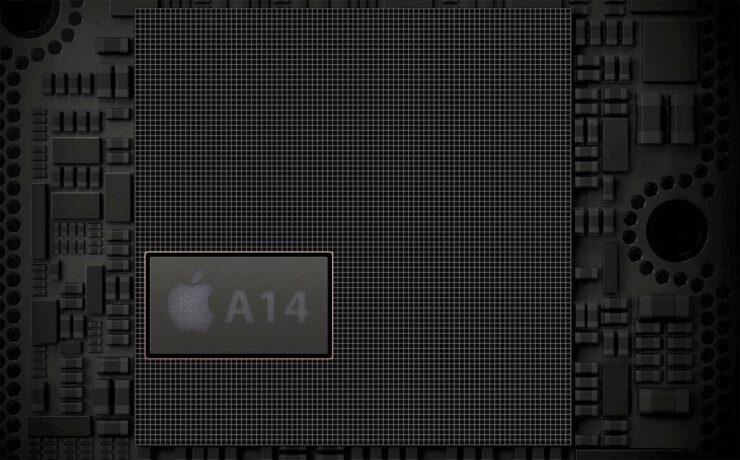 With reports coming in that TSMC plans to start mass production of 5nm FinFET EUV chips in Q2 2020, it’s almost a given that Apple’s A14 Bionic powering the upcoming iPhone 12 lineup will be made on this node. However, what kind of performance improvement should we expect from it? A detailed analysis provides more insight into the question that a lot of you may be seeking the answer to.

Going by Estimates, Apple’s A14 Could Achieve Similar Scores as the 15-inch MacBook Pro’s Intel 6-Core CPU in Synthetic Benchmarks

If the latest analysis by MacWorld’s Jason Cross is to be believed, the iPhone 12’s A14 could be as powerful as a 6-core processor fueling the 15-inch MacBook Pro. This can also mean that the A14 could be more capable than the 2018 iPad Pro’s A12X Bionic, which almost matched the scores of the 6-core processor running in the 2018 15-inch MacBook Pro.

Cross states that the jump from the 7nm to 5nm architecture might not seem like a lot, but it’s going to be a massive leap in terms of performance and efficiency metrics. He claims that if we go according to TSMC’s claims, the improved transistor density offered by the 5nm node could see future chipsets tout as much as 15 billion transistors. This would translate into performance increases in multi-core categories of tests. With the Snapdragon 865 finally catching up to the A13 Bionic in one test at least, a newer-generation manufacturing node means Apple will be able to increase multi-core performance by a significant margin.

The analysis also believes that going by the increase in yearly performance trends, the A14 could achieve around 4500 points in Geekbench 5’s multi-core test results. However, including Apple’s architectural changes and possibly higher clock speeds, we just might see the new silicon creep up to 5000 points in the multi-core department. In comparison, a leaked Snapdragon 865’s benchmark of the Galaxy S20 reveals a multi-core result in the 3000 points range, so a massive difference could be around the corner. The aforementioned estimated score of the A14 could also be equivalent to what the 15-inch MacBook Pro’s Intel 6-core CPU can achieve, so impressive results if they turn out to be true.

Pair all of this with 6GB RAM rumored for the iPhone 12 Pro and iPhone 12 Pro Max, and you’ll have one of the most powerful portable handsets at your fingertips. In fact, so powerful that the increased transistor count on the GPU might see gaming performance increase by around 50 percent.

Reading all this info has us immensely hyped for the upcoming iPhone 12 series, as well as seeing what the A14 chip is capable of doing. Of course, it doesn’t mean other companies are standing by and enjoying the show. Samsung is rumored to be preping its Exynos 1000 that may, or may not sport a custom GPU. Qualcomm’s reportedly planning to unveil its 5nm Snapdragon 875 in December of this year, and Huawei’s Kirin 1020 is said to provide a performance boost of about 50 percent over the Kirin 990.

In short, let us just say that it’s going to be an exciting few months on the horizon.

What Happens When You Connect a 100W USB-C Charger to 13-inch MacBook Pro?