No matter how much technology is progressing we are no strangers to the fact that no effective cure for cancer has yet been discovered. We have discovered ways to prolong the lifespan of the patients but no breakthrough has been made as yet.

Researchers have only very recently discovered something incredible. An anti-cancer hydro-gel patch attacks tumors with a three-pronged volley of drugs. The patch has only been tested on mice as yet. It was tested both before and after the tumor. The research team says that this new structure could bring about a major impact on the treatment of colorectal cancer.

The current cancer treatments for colorectal cancers involves, surgically removing the tumor. This process, however, cannot remove all the cancerous cells. This is where the hydro-gel comes into play. The gel will target the parts of cancer that have been left behind. This could replace chemotherapy in the future if results are satisfactory. Chemotherapy is definitely the most popular cancer treatments currently available but it has a lot of side effects as most of us are already aware of.

Team leader, Natalie Artz, from MIT’s Institute for Medical Engineering and Science (IMES) said, "[We wanted] to think a little bit differently, to look at how we can leverage advancements in materials science, and in particular nanotechnology, to treat the primary tumor in a local and sustained manner."

The gel patch worked incredible on mice. It was able to clear the tumor even before it was surgically removed. In the cases, when the tumor wasn’t removed, it was discovered that no cancer remissions were discovered. In the cases where the patch wasn’t applied, the cancerous cells developed again.

So how do these patches work?

It is a three step process. In the first step, tiny gold nano-rods are released. These rods are designed to thermally destroy the tumor. In the second step, chemo drugs are released from the rods as more and more heat is applied. In the last step, gold nano spheres, which are not affected by heat, are used to send RNA based gene therapy to tumor infected site.

This process prevents that a particular gene from converting healthy cells to tumor cells. RNA or ribonucleic acid is very essential to scientific studies. Researchers have very recently found ways, in which this RNA can be reprogrammed so that tumor cells cannot evolve inside the body. This stops them from becoming cancerous in nature. 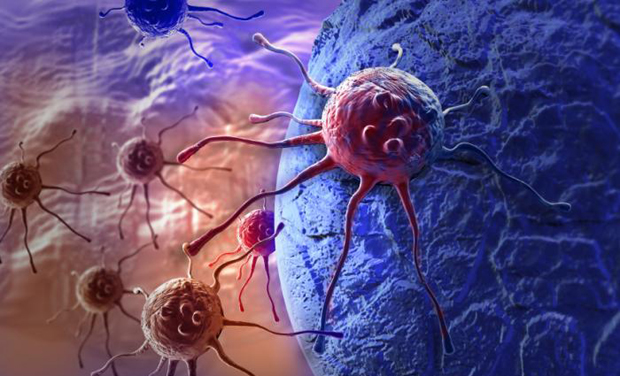 Colorectal cancers are one of the leading causes of death in the US. Cures for this particular disease are on the go. The team at MIT still has to test these gels on larger subjects to ensure that they can be used by humans around the world.