With Android Lollipop 5.1.1 rolling out for a number of devices, the international versions of Samsung’s Galaxy S6 and S6 Edge will also be receiving the same update. The international models that will be receiving the upgrade will be Galaxy S6 (SM-G920F), and S6 Edge (SM-G925F). Unfortunately, several smartphone users who would have thought that the RAM issues would finally be mitigated with the software update will have their hopes extinguished as a separate report states that even after updating their devices, owners witnessed RAM issues persist on Galaxy S6 and Galaxy S6 Edge. 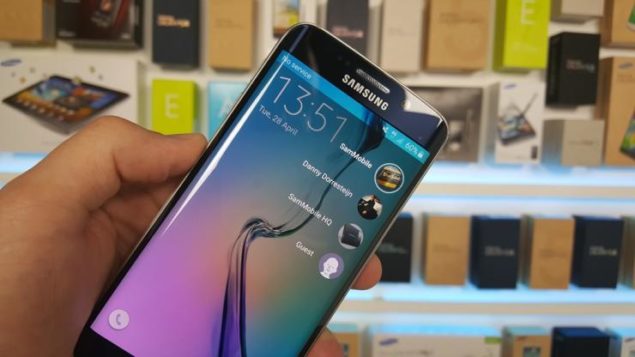 Android Lollipop update Is Of 623 MB, But Even That Is Not Saving Galaxy S6 Or Galaxy S6 Edge

According to the French blog Planet Galaxy, Galaxy S6 and Galaxy S6 Edge users will be able to reap the benefits of Android Lollipop 5.1.1, which includes a number of small tweaks and amendments, such as adjusting camera exposure from within the viewfinder. However, if they ever hope to find sufficient memory present from the 3 GB that is already stuffed inside both handsets, then they will swiftly be out of luck.

Sam Mobile has stated that there are times that memory usage exceeds 80 percent of the total RAM count. This prompts Galaxy S6 and Galaxy S6 Edge owners to use 3rd party cleaners to make additional memory available, knowing full well that these operations are deleterious for the overall lifespan of the flash memory.

The website also states that the total capacity of the update is 623 MB in size, and is available through Kies. As for those who are not running international versions, there is not an OTA version of Android Lollipop 5.1.1 in sight, but we will continue to provide you with timely updates as soon as we get the information first.

For International Galaxy S6 and Galaxy S6 Edge owners, you can always check for an available update by heading down to Settings >> About device >> Software updates >> Check Now. Do let us know how the new update is working out for you.