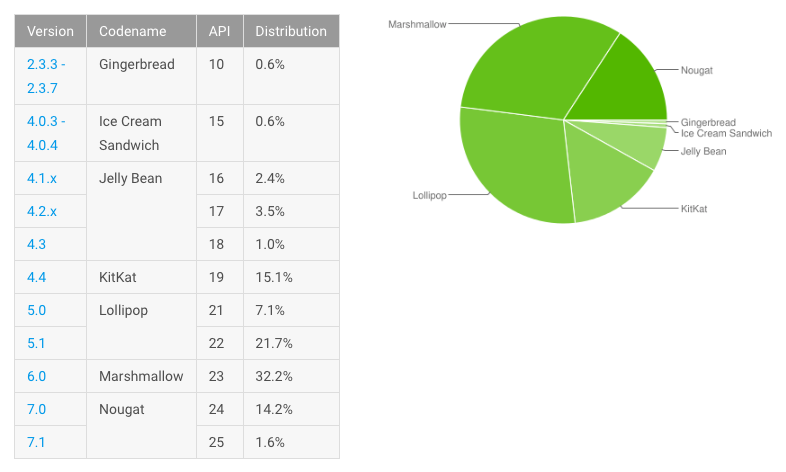 As expected, Google has published the Android distribution numbers for this month. The company recently rolled out the monthly security update for Nexus and Pixel devices. It also published the security bulletin details earlier in the month, but OTA updates have started rolling out today. So, now after releasing most of the information, Google finally updated Android distribution numbers for the seven day period ending on September 11, 2017.

As most of you know, the distribution numbers are based on active Android devices that have logged into the Play Store during the 7-day data accumulation period. This information gives us an idea about the number of active Android devices and their OS versions. According to September's distribution numbers, Android 7.0 Nougat is slowly picking the pace and is now running on 15.8% devices, which is a 2.3% increase from last month's 13.5%. Apparently, Nougat is the only version that has registered growth on this month's chart. Others are on a downslide compared to last month.

Rest of the versions

While Android 8.0 Oreo brings a slew of improvements to the ecosystem but not many Android users will be able to get it anytime soon.