Well it all began with the Ukranian Carrier Life 🙂 , and if you are wondering, yes,  the smiley is included in the brand name as well.  Life 🙂 also happens to be a highly reliable carrier when it comes to authentic information. No thing is, on their site Life 🙂 () has put a disclaimer stating that it will "gladly equip you with a Nano SIM Card for your iPhone 5s, iPhone 5c, Nexus 5 or Android 4.4 smartphone".

If you consider the fact that its coming from a carrier , you can pretty much count on it. The only alternative is that the statement was a typo. But a typo at this big a level is highly improbable. Still, know your grain of salt. Another point in their favour is that the company seemed to knew that (its now confirmed) that Nexus 5 will only support a nano SIM card. More interestingly the carrier specifically mentions "Android 4.4 KitKat" in it. With so much hints, it is probably not just a coincidence.

Most of you would already know what a NanoSIM card is, but most people seem to confuse it with a MicroSIM Card. Its basically a further cut down version of the MicroSIM with almost no insulative plastic. 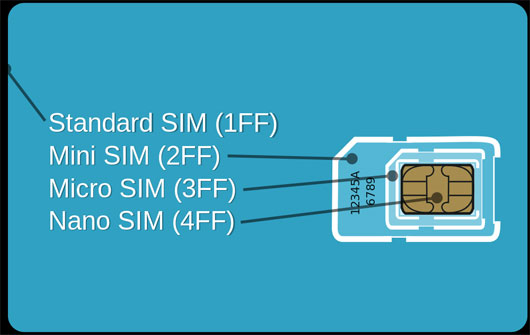 The folks over at PhoneArena have also managed to get hold of a picture of  Nexus 5 ad have also taken Life 🙂 's statement as a confirmation of the fact. Google's past history with Moto X and other smart phones shows a fascination? for NanoSims. And since the Apple Standard is a NanoSIM that could be a motivating point too. However, all logic aside, personally speaking, i find it improbable that Google will go ahead with compulsory NanoSIMs in A* 4.4.

#AndroidKitKat Might Mandate NanoSIMs, #Nexus5 will feature NanoSIM too. Seems Improbable to me though. http://t.co/MvbsIxoJLA