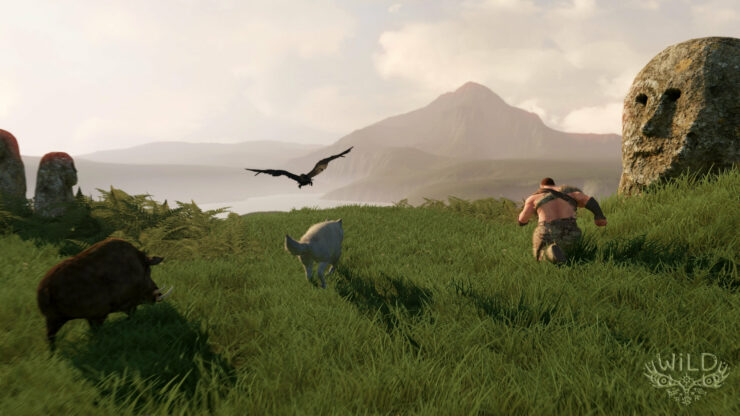 Michel Ancel was easily among the stars of E3 2017 thanks to the reveal of Beyond Good & Evil 2 as the very last game showcased during Ubisoft's conference.

Ancel even got a little weepy on the stage, which is a testament to his level of passion for this IP. However, it's worth remembering that Ancel founded Wild Sheep Studio back in 2014 and the team announced WiLD as a PlayStation 4 exclusive in October 2015.

The open-world survival adventure game set in a procedurally generated Neolithic-era world easily caught everyone's attention with its beautiful announcement trailer, but then it fell into obscurity for a long time. Back in January, though, Ancel said that he'd share more screenshots of WiLD via his Instagram account.

Fans of the game were hoping to see it during Sony's E3 2017 conference, but once again it was a no-show. With Ancel's apparent focus on Beyond Good & Evil 2, his Instagram followers asked him about WiLD. He replied that his studio is working hard on it and that fans can expect "strong updates in the coming year".

This seems to hint at a possible showcase during Sony's recently confirmed PlayStation Experience 2017 (December 9-10, Anaheim, California), ahead of a 2018 release. After all, the game has been in development for quite some time now.