All console fanatics have been dying to see if the XBOX360 will be released in a Slim figure just like how Sony has released the PS3 Slim followup to the PS3 Fat. Microsoft hasn't officially announced the new XBOX360 Slim but analysts are speculating that there is a high possibility of a Natal and XBOX360 Slim bundle deal released by Microsoft by the end of the year. 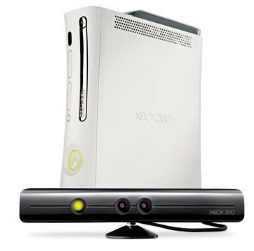 Wedbush Morgan analyst Michael Pachte stated: ”At a minimum,” he wrote in a recent research note, “we anticipate the introduction of a more feature-packed Xbox 360 as the standard SKU in late 2010 (likely with a 250GB hard drive) at the same $299 price point.” and “It is far more likely that we will see a slim version of the Xbox 360 with a 250GB hard drive and with Project Natal bundled into the box while maintaining the $299 price point,”

with Natal official announcement and other details being revealed at this coming E3, maybe Microsoft is planning a pleasant surprise for the patient fanboys of its rapidly growing console. if they are to maintain a $300~ price tag, that would boost the XBOX360 slim sales to a huge extent just like how Sony sold the PS3 slim for $300 and yet it sold in huge quantities across the world in millions.

Here's hoping that for once Microsoft puts the people before its greed first!.