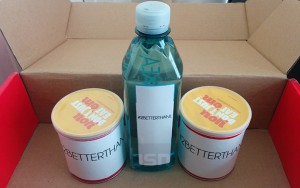 As it can be seen on the above image, all three items feature the famous '2BETTERTHAN1' teasers. This time however, the sender went one step ahead and actually insinuated towards the actual name of the anticipated card. 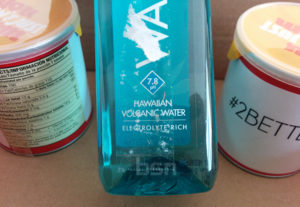 The bottle of water sent was labeled (shocker) 'Hawaiian' volcanic water. This makes things all the more interesting (obvious?!) now, albeit a bit to easy to guess from the items sent. Dual 'chip' 'Hawaii'. Now wasn't that hard to guess.

Mr. Sag wasn't the only lucky receiver of the lucky packages from AMD though. Ryan Smith of anandtech.com and Joel Hruska of extremetech.com both were on the receiving end of similiar packages. However these were not the only items in the next day UPS sent to the journalists. Also included were a set of 'secret' instructions. Below is the copy of the letter received by Mr. Hruska, who received the most informing instruction. Copies received by Mr. Sag and Mr. Smith can be seen here and here respectively.

Pay close attention to the date above the third last paragraph dear readers. 3.26.2014, this coincides with the Nvidia's GPU technology conference scheduled March 24-27 as well. Co-incidence? Doesn't seem like it. Looks like AMD's aiming big and aiming high.

Now for some facts regarding the fabled Radeon R9 290X2 Dual Hawaii GPU. According to previous reports, the GPUs are expected to feature a clock speed of no less than 1000 MHz. A very informative table by Wccftech's own Hassan Mujtaba provides an excellent analysis of the expected new release with the previous versions.