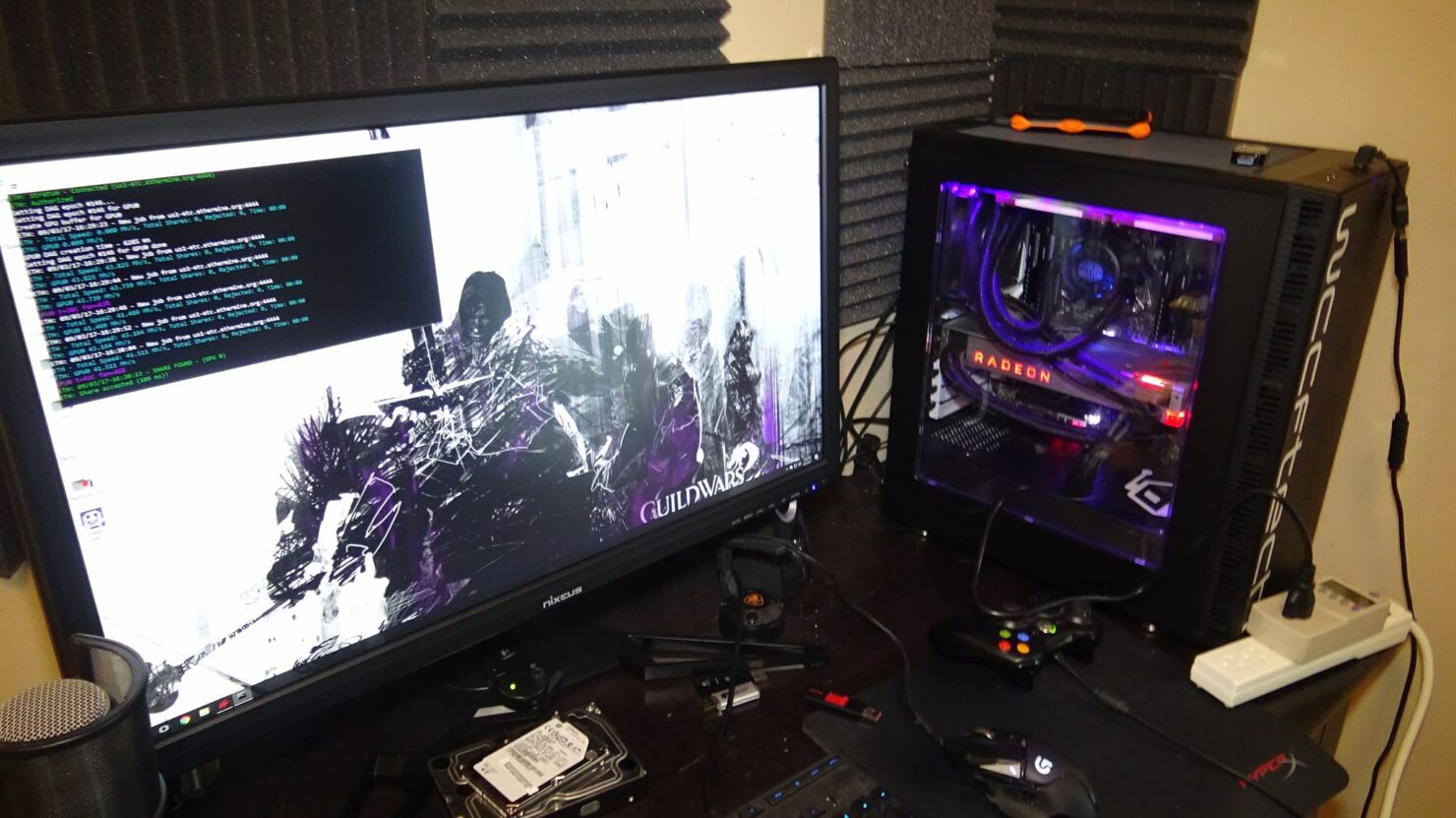 Update: We were able to achieve a power efficiency of 0.20 mHash per watt (40 mHash/s on a power draw of 192 watts), making the RX Vega 64 the most power efficient card on the planet and overtaking the GTX 1070. Since the theoretical limit with the Vega 64 is 72 mHash /s (bandwidth available divided by memory size) we can safely say that with custom mining code you should be able to push this further as well.

There are quite a few reports circling around the internet today regarding disruptive power efficiency claims of the Vega 64. So we decided to put this theory to the test by taking a watt meter and a trusty Vega 64 (liquid cooled edition) and running em through the paces. The test was conducted by our US Editor, Keith May and the liquid cooled Vega 64 provided to him by AMD.

Vega 64 mining power efficiency tested in our lab: Yields a very impressive ~0.20 mHash per Watt, overtakes the GTX 1070 as the mining king

Since software isn't usually a reliable tool to measure power draw, we used a Kill A Watt meter to test the power draw from the wall. The reports we have been hearing claim a mining power efficiency of 43.5 mHash/s on 130 Watts for ETC. This is a hashing power efficiency of 0.33 mHash per watt. Considering that other publications have only managed to get a hash power efficiency of 0.13 mHash per watt (before the mining driver update) and the GTX 1070 has a rate of 0.18, this is quite the claim to make. In fact, if this claim is to be believed than the Vega 64 just jumped in efficiency by around 253% since launch day. 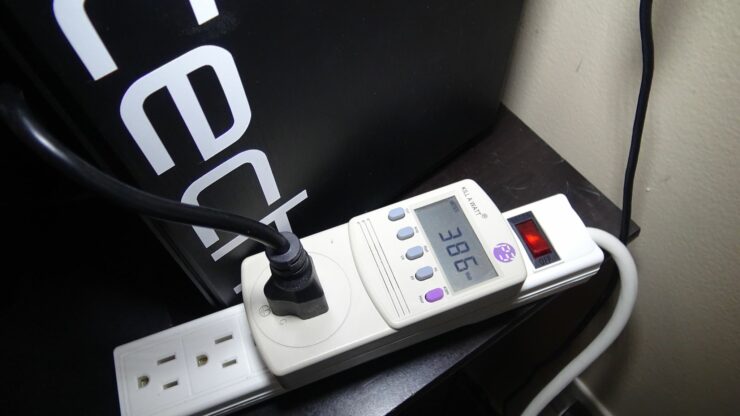 We tried to use identical settings to the tester (mining drivers were used): 1000MHz core at 1000mV, 1100MHz Memory, and -25 Power Limit (Update: -40% power limit). We were easily able to get the 43.5 mHash/s rate (40 mHash/s with the -40% power limit) that the tester got but our power specs were a whole different story. While HWInfo was happily reporting a power draw of ~130 Watts, the Kill-A-Watt meter told a different story. Our test bed had an idle power draw of around 138 Watts and forms the base line for our test. The power draw at load however was 386 Watts (Update: 330 Watts with the new test). This yields a delta of ~248 watts (Update: ~200 Watt), which is obviously significantly higher than what the reports claim to have achieved with the card. 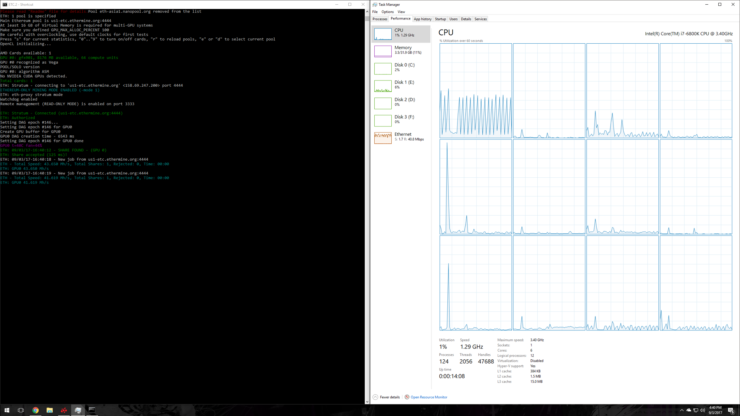 The CPU is completely idle during the mining process. Since CPU Idle power has already been accounted for in the Idle measurement, this means that most of the delta consists of only the GPU.

This delta of 248 Watts can be allocated almost entirely to the GPU. Remember, the idle power rating we noted earlier includes the CPU Idle power as well as the AIO pump power draw and since both figures will not significantly change during load (CPU remains Idle and pump power delta between light load and heavy load should be in single digits) most of this power draw is due to the graphics card.  This means you are looking at a mining hash power efficiency of roughly 0.175 mHash per Watt (plus minus 0.05 mHash per watt). You can probably pump these numbers even more with a bit of tweaking and using customized mining rigs, but we don't see how you can go from here to 0.33 mHash  per watts unless you are using a proprietary miner from one of the mining companies - in which case your hash rate will increase instead of the power draw going down.

This is much much more impressive than the 0.13 mHash per Watt the Vega 64 started with but not as excessive a claim as 0.33 mHash per Watt. While I have no doubt that the pros over at the mining companies are able to achieve significantly higher power efficiency by using custom code (I have heard reports of hash rates approaching 63.5 mHash/s), claims of such huge mining power efficiencies should be taken with a grain of salt when talking about mainstream miners and the average consumer. That said, in real world applications this is a very good hash rate and according to the rates charged by mining providers out there, it is easy to see why (mining) demand will not let the card dip below the $699 price point any time soon.