Contrary to popular belief, less demanding games don't make the GPU sip proportionally less electricity than higher demanding games. Even though the modern GPU does dynamically underclock or overclock itself as needed, reducing power consumption abit, this is rarely perfect and usually has very little effect on the sippage which depends mostly on the vCore. 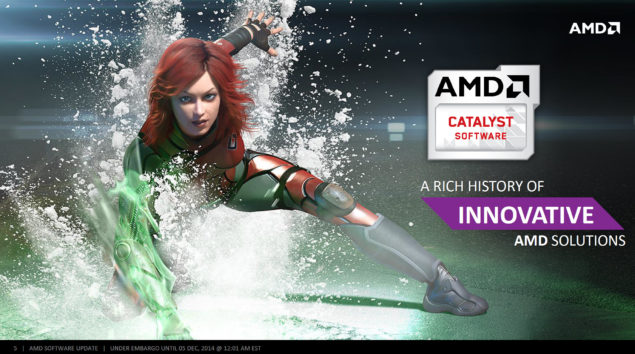 Earlier this week I got to play with our new dynamic frame rate control feature in a (coming soon) version of Catalyst and it was AWESOME. Being able to limit your FPS to 60fps on a game where it doesn't matter too much if you are able to get 150FPS. The power savings were mind blowing. - AMD_Chris (3DCentre.org Forums)

Usually, you can limit fps to 30 or 60 by using VSync, but that technique has the afore mentioned problem of the GPU not scaling efficiently and some side effects which I wont go into here. The power consumption will scale a little of course (because TDP of the die decreases), but it won't be quite as efficient. I am kind of surprised that there was no mention of this feature in the Omega Slide Deck, which would have seemed the platform of choice for something like this. The thing closest to this was the DRR (Dynamic Refresh Rate) feature, although this one seems like the superset DRR will belong to. Basically, what AMD is claiming with DFRC is setting the refresh rate to your preferred amount.

They do not mention how exactly it will work but if I were to hazard a guess, it probably involves undervolting/overvolting the GPU, while correspondingly increasing or decreasing clocks, till it achieves the input-ed frame rate. Manually inputting the desired frame rates is a feature never seen before ( to my knowledge) and could have very interesting implication leaving aside power saving. You would be able to match odd refresh rates and eliminate tearing without using V-Sync among other things. AMD has hinted that DFRC will be appearing in the next update of Catalyst so we will know the full story about this sooner or later.