AMD has announced a new version of the HD 7750 GPU which features faster clock speed of 900MHz and a better PCB design over the previous model. 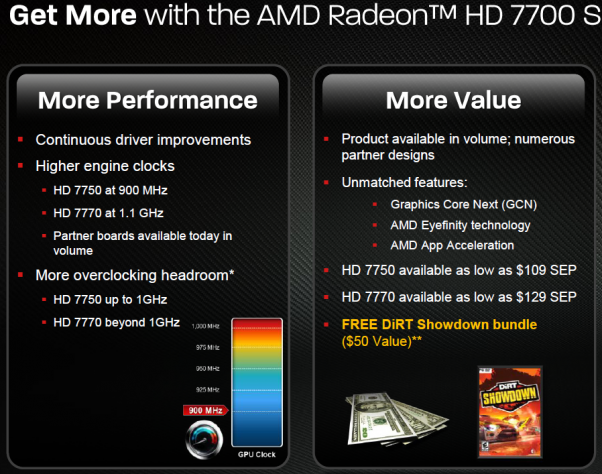 Leaked back in June, The new HD 7750 was meant to offer better performance over the 800Mhz version of the 7750 GPU which was powered through the PCIe expansion slot while the new one has a single 6 Pin connector.

But with increased clock speeds, the power consumption has hit 70W (55W with AMD powertune) which means the GPU can no longer be equipped with low-profile passive coolers hence it is equipped with HD 7770's fan type cooler which takes two slots.

Performance increase over the older model is around 10% and given the overclocking features, it can easily out beat the faster GTX 550Ti and HD 6700 series cards which the older model couldn't, The card may also be placed against NVIDIA's upcoming low end GTX 650 GPU which launches in Q4. Other specifications stick to the reference 1GB GDDR5 memory clocked at 1125MHz and AMD's Eyefinity plus Zero Power support. 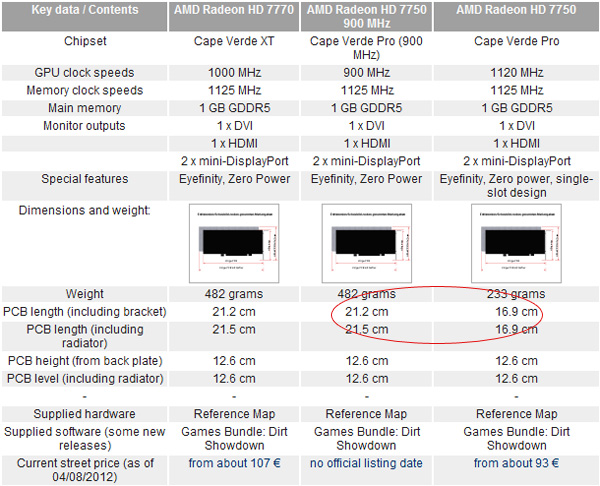 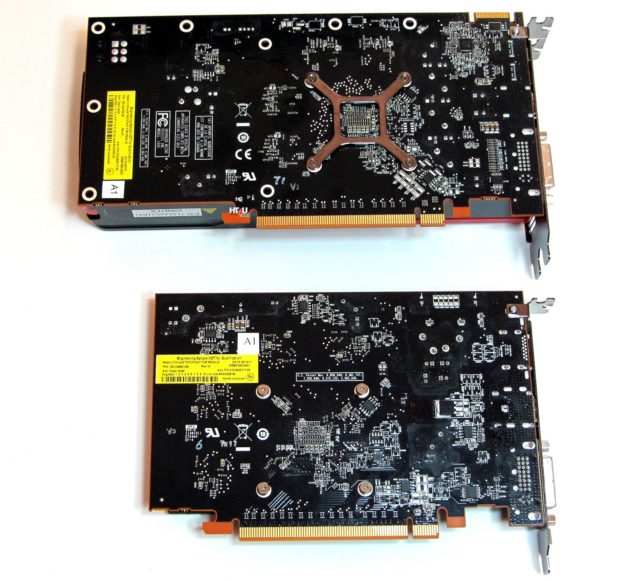 Following are benchmarks and overclocking results from ht4u: 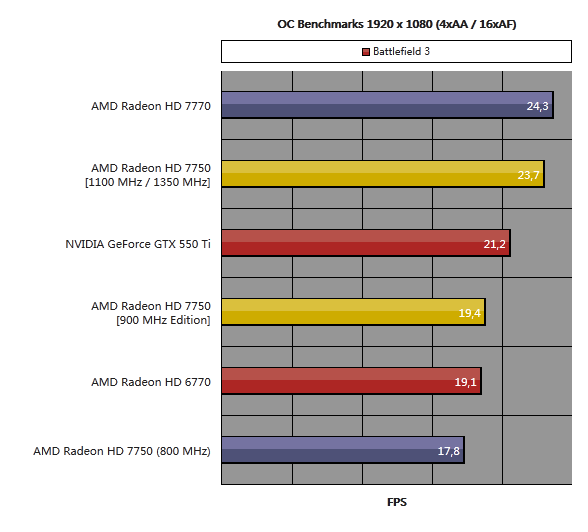 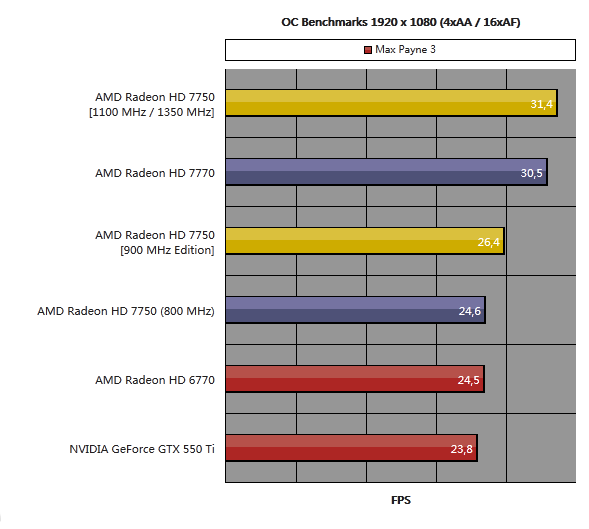 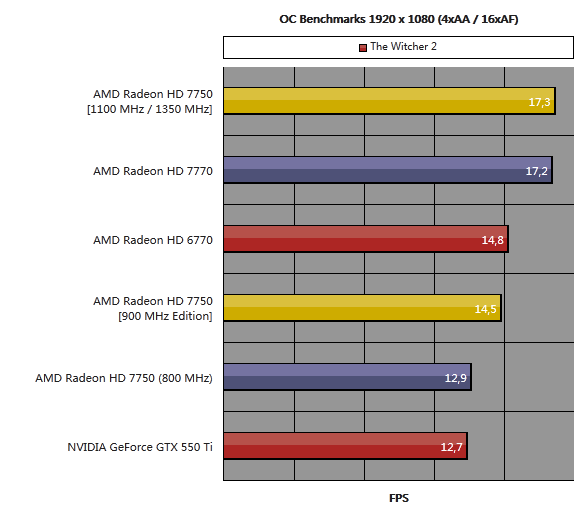 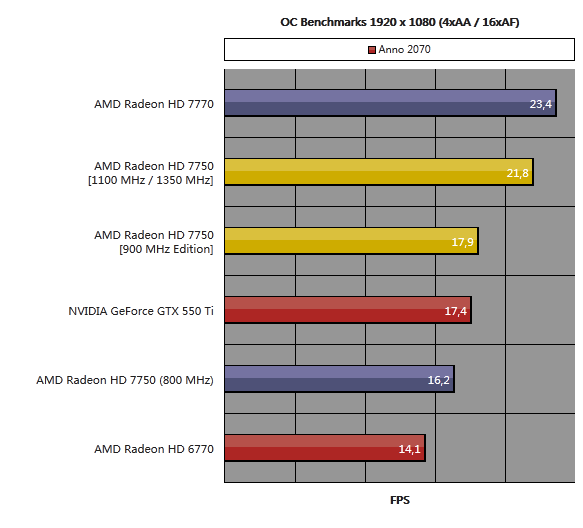 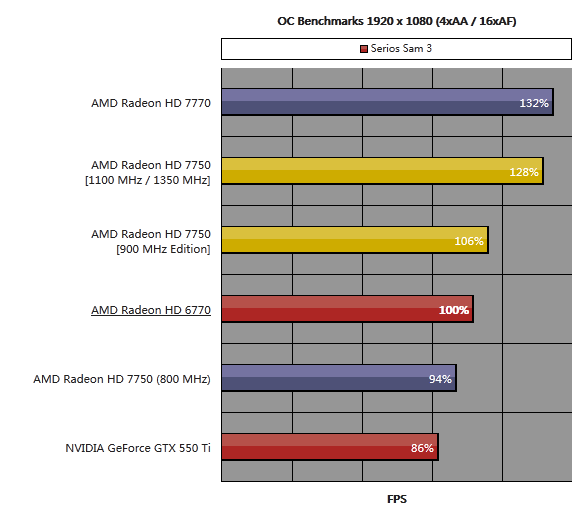 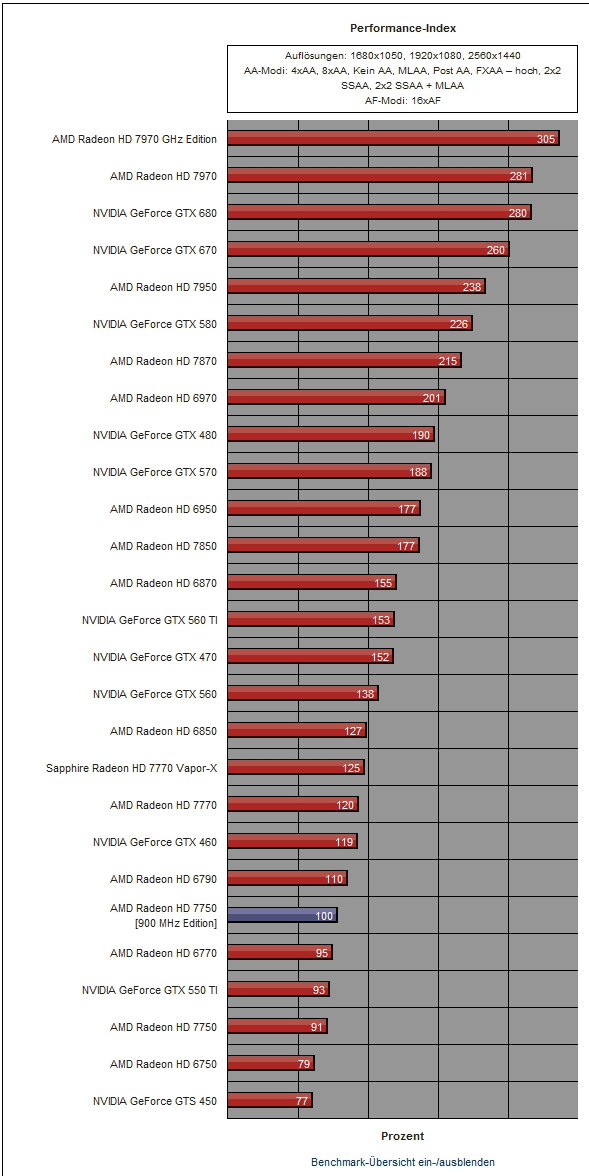 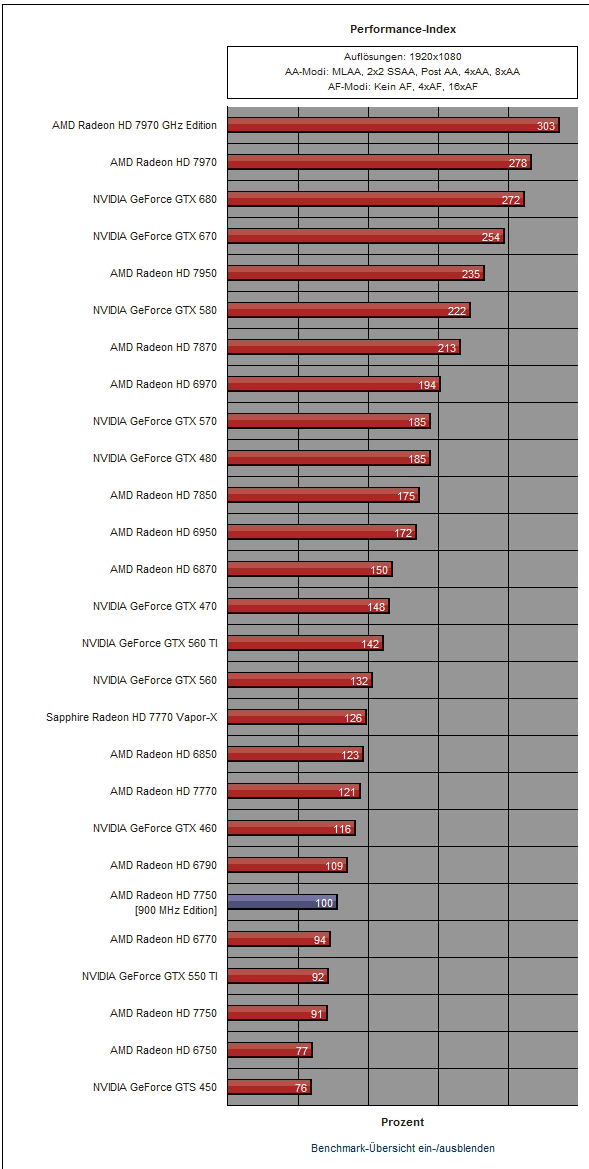