AMD recently expanded their inclusion of their new AMD Wraith cooling solution to the FX 8350 and the FX 6350.  AMD reached out to us to see if we were interested in testing out the CPU.  Knowing already how the FX 8350 performs we didn’t however know how well the Wraith Cooler stacks up to other aftermarket solutions.  Sure we knew it would beat out the old stock cooler since the wraith has significantly more thermal mass and a much larger fan, but we wanted to really put it to the test by pulling out what is arguably the most popular air cooler in the world, The Cooler Master Hyper 212 EVO! 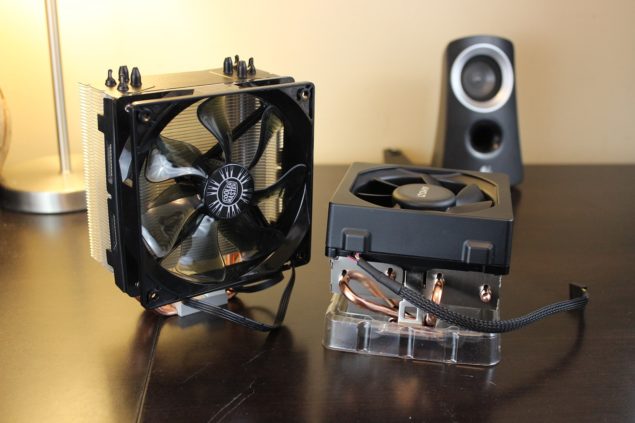 In order to test this out we did have to order up an AM3+ board so I decided I wanted to give the Asus 970 Pro Gaming Aura board a whirl as it’s one of the few fresh and new AM3+ boards on the market. 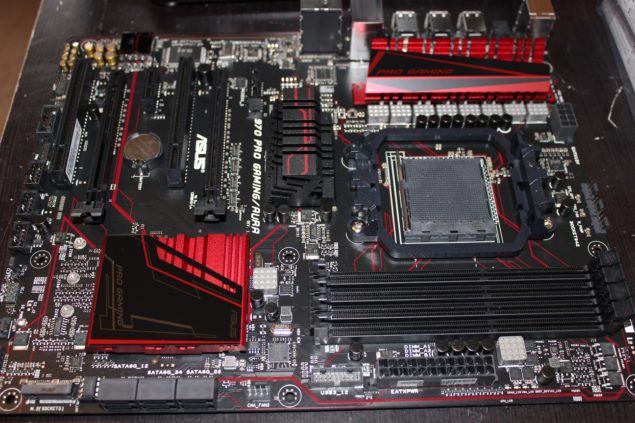 We replaced all the included thermal paste with the Cooler Master MasterGel Maker Nano to remove that variable and see just what the coolers were capable of.

We used the EVGA GTX 960 SSC with our test bench for this because of its zero db fan profile as to eliminate any other noise interference.  For our testing we ran ROG Realbench through its encoding and heavy multitasking stress tests for about 10 minutes to reach maximum temperatures and noise levels.  We left the motherboard fan control set to standard and let that handle our fan curves.

The sound levels produced in this article are for comparative purposes only.  Being that we did not follow ISO 7779 our numbers are different from what AMD internal testing shows, therefore should only be considered as relative comparisons.  We used a standard sound meter level mounted to a tripod positioned just over 2ft from the test bench in a quiet office with no other equipment running. 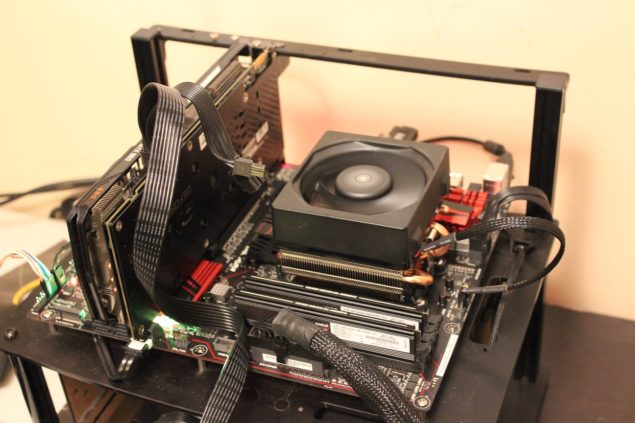 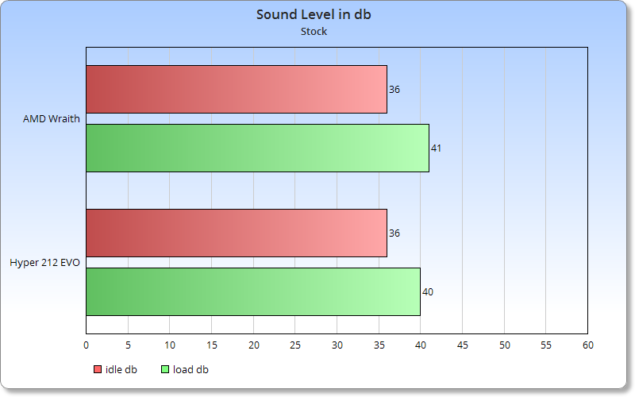 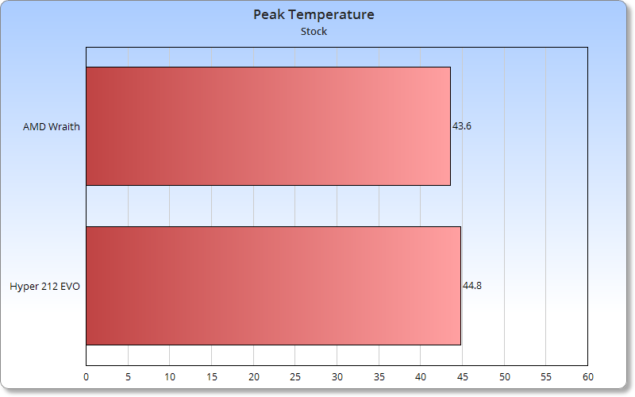 Yes, we overclocked the FX 8350 on the stock cooler to 4.6ghz (validation link) with little problem. 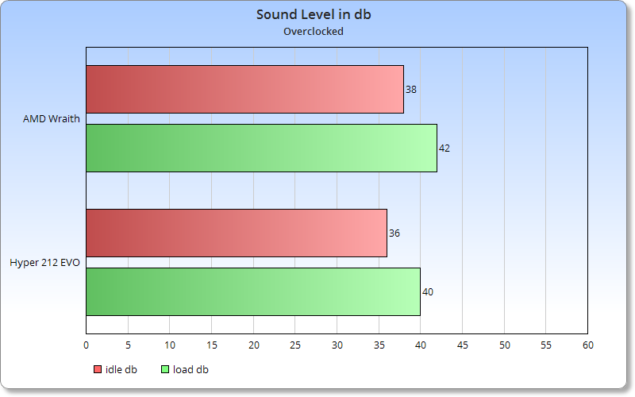 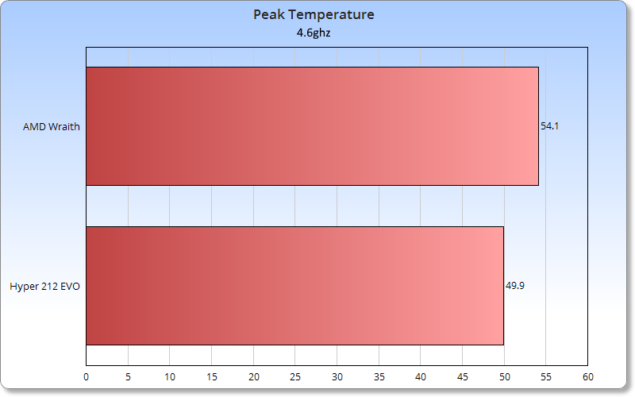 Even if you may not care about the FX 8350, you simply cannot deny the potential and performance of this stock cooling solution.  Most people will be hard pressed to find a reason to increase the total cost of owning a new FX 8350 by ordering up an aftermarket cooler.  Since in the past anytime someone ordered this CPU they most likely ordered the Hyper 212 along with it.  I hope we were able to share some valuable information with you today.

See the Wraith unboxed and in action in this video