AMD is still open to making GPUs for the mobile market according to a statement by Raja Koduri (via ITWorld). The company sold off its mobile division to Qualcomm back in 2009, which uses the technology to make Adreno GPUs, but AMD has stated that if it is offered a particularly lucrative licensing agreement or custom chip deal – it will be willing to offer its services in the low-power GPU department. 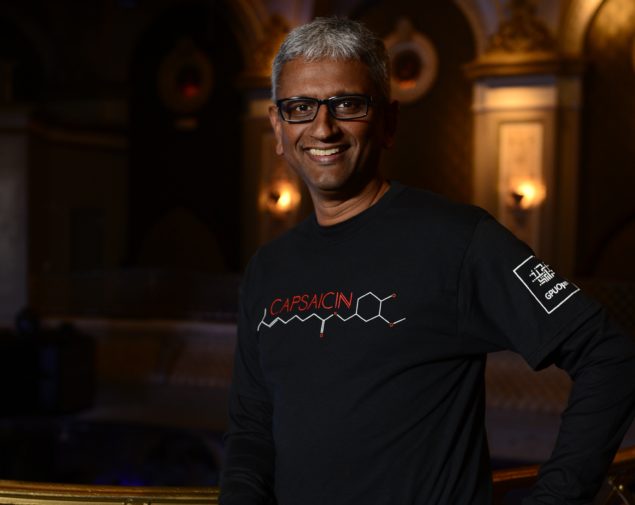 AMD’s GPU architecture has a very modular design philosophy. Built rather like legos, AMD’s GPU architecture can be modified at will to various power/performance scenarios – something that allows it to be incredibly flexible in terms of custom deals and agreements. Qualcomm built on its original mobile division to create Adreno GPUs (which is an anagram for Radeon by the way) and while it is doing pretty darn well, AMD wouldn’t say no to an offer to make a custom chip solution in the mobile market.

The company is open to making a graphics processor for mobile devices based on its Radeon product line, but only in select circumstances, said Raja Koduri, senior vice president and chief architect of AMD's Radeon Technologies Group.

AMD could make a mobile GPU as part of a partnership or a licensing deal, but otherwise has no active plans to build an end product for mobile devices, Koduri said this week (via ITWorld).

AMD’s forays into the custom chip world has already yielded promising results. Having already shipped over 50 Million customized solutions (APUS) for the Xbox One and PS4, it is looking out for any deal that can boost its revenue streams. The red chip maker has access to cutting edge GPU technology as well as an incredibly refined power efficiency philosophy – both of which are ideal characteristics of a mobile GPU with a low power draw. This is in contrast to Nvidia – which has so far, focused more on performance rather than power efficiency (something that started to change with Maxwell and should be perfected by the arrival of Pascal on FinFET).

AMD recently unveiled its Polaris architecture which offers a 2.5 times increase in performance per watt over the 28nm base line of the last generation. Keep in mind however, that Qualcomm has already shifted over to 14nm FinFETs with the Adreno 530 GPU (which boasts support for Vulkan API) so any increase in performance will have to be through architectural gains. AMD is probably the only company in the world right now that can offer a better GPU package than Qualcomm for mobility purposes.

However, as stated by Raja Koduri, they have no plans to do so unless and until they get a specialized offer. This involves the likes of a partnership agreement or long term custom chip agreement, both of which are relatively unlikely in the mobile GPU arena. Still, AMD's architecture has a few inherent strengths that could be desirable to a big mobile player in the future - but until that happens, AMD will keep the door open for prospective customers.