Just over a week ago we published an exclusive report telling you that AMD will take the covers off Vega today. Well folks, it's happening! AMD is holding a major event later today in which all of the company's senior executives will take to the stage to talk about the company's long-term vision and its future products. Front and center today will be Vega, Zen & Naples. If you want to learn more about what'll be the subject of discussion today, make sure to check out our exclusive report where we lay all of it out.

Now back to the juicy stuff. Of course we know that Vega will make its debut today, in some form or another. But of course you don't have to just take our word for it. Take a look at what AMD's graphics guru and head of the Radeon Technologies Group Raja Koduri just teased on twitter.

Chris Hook, Sr Radeon Marketing Director
"Riddle me this: When I'm wild, Davy Crockett is king, and while I'm also an airline, some say I'm really a Vega #sweet16"

As most of you probably figured out by now, sweet16 is today, Tuesday May 16th. This day was made famous by John F Kennedy when he gave his "New Frontier" speech about space exploration. The quote Raja wants us to complete is from that speech "We stand today on the edge of a new frontier".

With regards to Chris Hook's riddle. Davy Crockett is a 19th century folk hero, commonly referred to as "the king of the wild frontier" who served in the Texas Revolution. "When I'm wild, Davy Crockett is king" who am I? frontier.
Again, in the second part Hook plays on the frontier theme by saying "while I'm also an airline, some say I'm really a Vega". There's an airline called Frontier, and Vega is AMD's new frontier in the sense that it plays pivotal role in Radeon's journey into space. A journey that started last year and a theme Radeon Technologies Group has used extensively in its messaging and one that we explained in detail one year ago almost exactly to the day. It's behind the cosmic/astronomical code names of its graphics architecture, starting with Polaris.

New Frontier. I think AMD might have just given us the name of its Vega launch event.

Yesterday a Vega graphics card with a clock speed of 1600MHz and 16GB of HBM2 was spotted in the compubench benchmarking database. This was one of two cards that were spotted in a Linux driver update just a couple days prior to that. 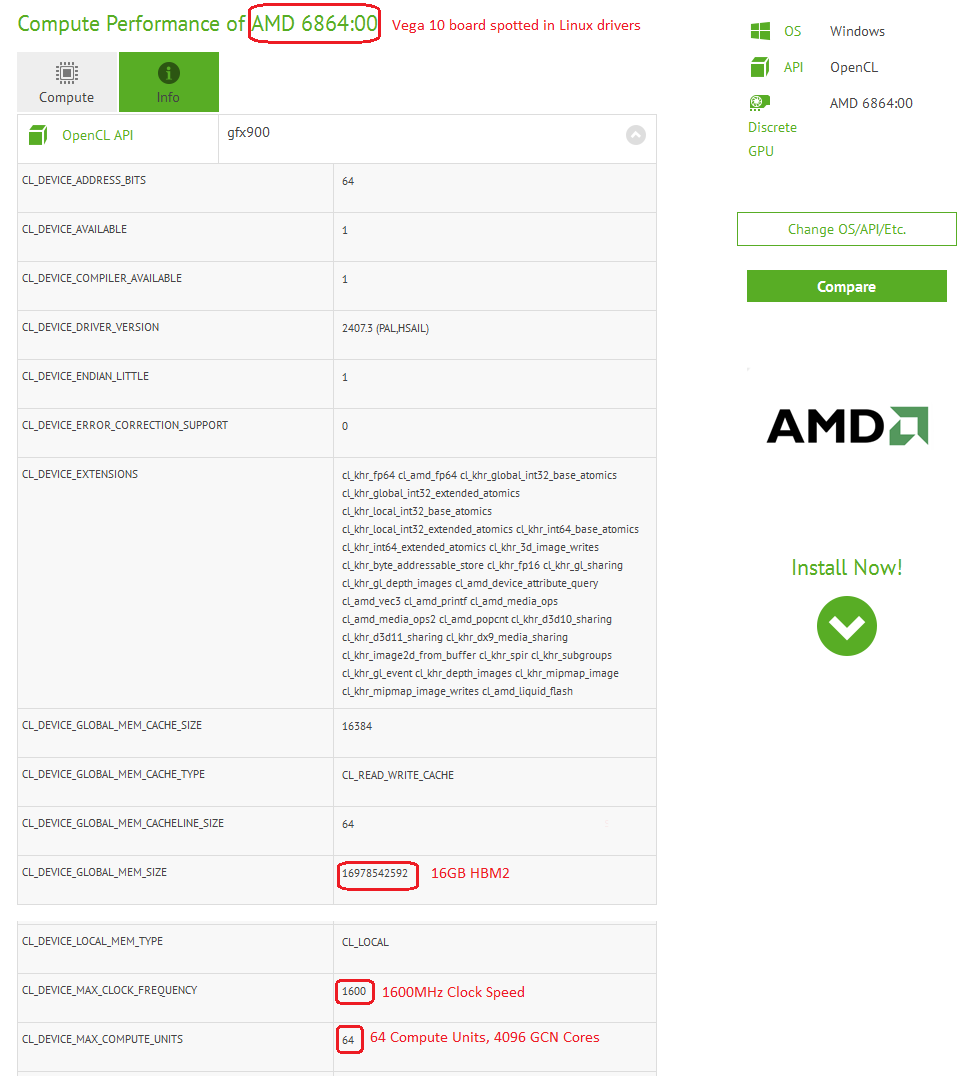 It's like all the stars are perfectly aligned. Stay tuned folks, things are about to get VERY interesting.

What To Expect Today At The Event

It's very important that I make it clear that today is not going to be a launch event, but rather an unveiling of the company's product roadmaps, short, medium and long-term. Part of the event we know for certain will be about Vega. We might finally get to see Radeon RX Vega in the flesh. You know, the card we've gotten glimpses of in the leaked video that's been floating around in the echochambers of rumordom.


What we're sure to get is a Vega announcement and new information today, but do not expect much in the way of product details. Those are coming two weeks later at Computex.  AMD confirmed last week that it will be hosting a press conference at Computex to talk about upcoming graphics and CPU products.

Hosted by AMD CEO, Dr. Lisa Su and other key AMD executives, you will have the opportunity to hear more about the latest products and leading-edge technologies coming from AMD in 2017. The past year has seen AMD bringing innovation and competition back to the high-performance desktop market with the release of Ryzen™ processors and we look forward to providing new details on 2017 products and the ecosystems, both OEM and channel, that will support them.

It's expected that the company will debut Vega graphics cards and Ryzen 9 "ThreadRipper" enthusiast CPUs with up to 16 cores at Computex.