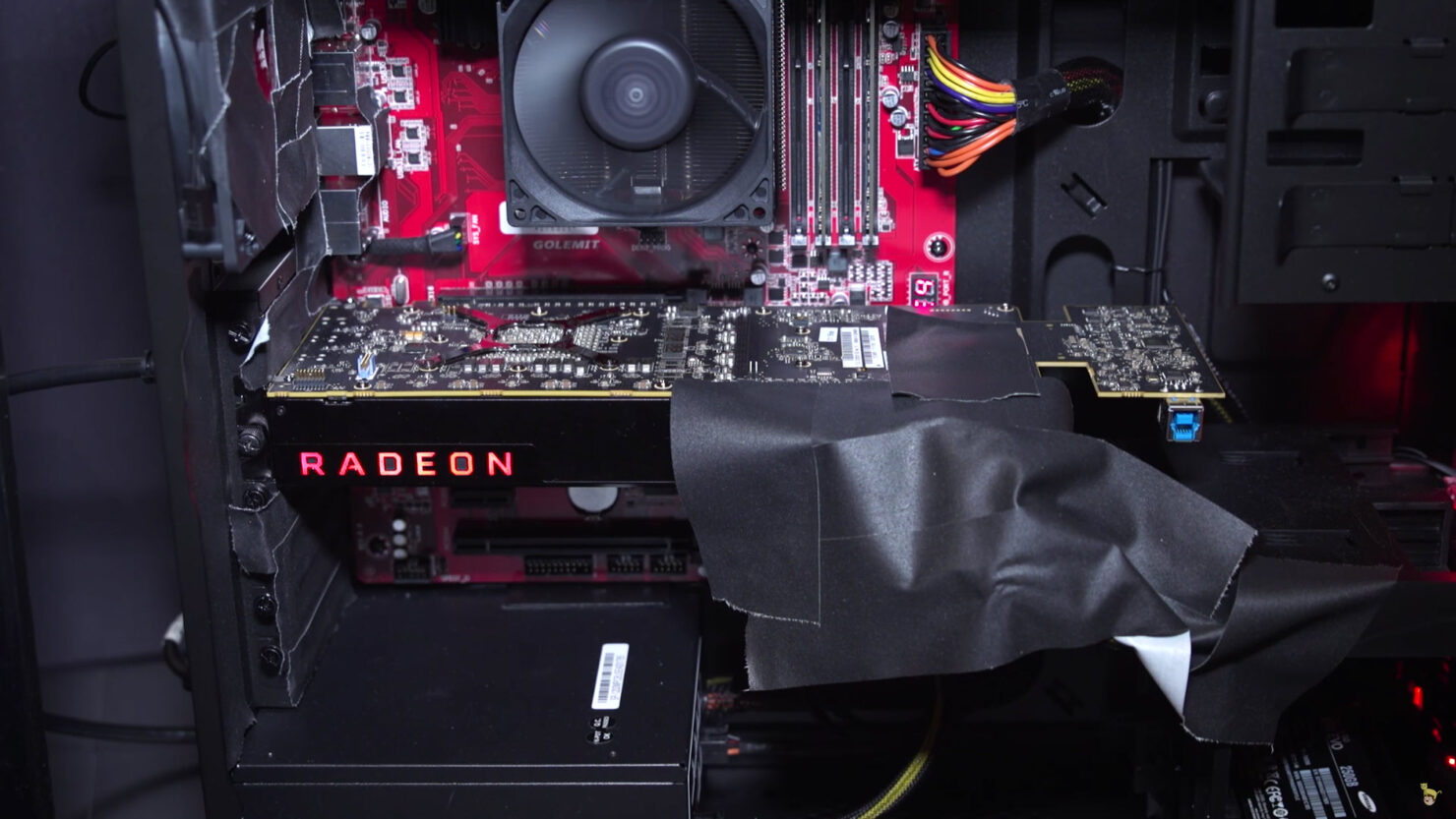 The AMD Vega 10 GPU based Radeon Vega graphics which was demonstrated at multiple events including CES has been pictured in a video published by LinusTechTips. The upcoming graphics card was seen running in a PC alongside the Ryzen CPU and running DOOM at 4K resolution.

The Radeon Vega graphics card pictured is still in an engineering state as the product itself is months away from consumer debut. However, there are still many interesting things that Linus and Raja Koduri talk about in the video that can be seen below.

First up, we know that AMD Vega 10 graphics cards will be available in consumer, workstation and server variants. The consumer variants will be branded Radeon while the professional cards feature the new FirePro WX and Instinct branding. The engineering sample which was running at CES '17 utilized a longer version of the cooler shroud featured on Radeon RX 480 and it looks really neat for the graphics card itself.

The PC had all its vents covered to prevent the press from sneaking their cameras inside the PC case and taking pictures of the Ryzen and Vega samples. Linus however, managed to get special permission from AMD and took off the side panel to reveal an interesting Vega 10 based Radeon graphics card.

Other things to note is that the PCB on the back remains bare. The card utilizes a blower style cooler and has a dual slot body. The Radeon logo on the side has red LEDs which light up when the card is running. The cooling assembly has various parts, the heatsink block is attached above the GPU and held in place through a metal bracket which can be viewed on the back. The cooler shroud is held by several screws that are located on the PCB.

Also, the PCB doesn't has any traces for GDDR5 memory as all the memory is held on the interposer itself since it's HBM2 based. The power connections are still a secret as AMD decided to put tape on the input ports. The reason they did this is because the Vega sample board is not indicative of the final GPU and graphics board. So it's there to avoid any confusion between sample and retail boards.

AMD also said that they would like their AIB partners to prepare small ITX boards based on Vega so it's likely we may not see an R9 Nano-esque product from AMD themselves in the coming Radeon Vega lineup. Another interesting thing to note is that there's a second PCB at the end of the card which features a USB port. This port will not be included in the consumer version and Raja Koduri gave a pretty good explanation of the purpose of this port.

The port gives engineers at AMD the ability to monitor all the signals, most importantly power and electrical signals coming out of this GPU, remotely and with no overhead. Currently, all graphics cards with the VEGA 10 GPUs running at AMD HQ feature this port so they can determine the quality (performance per watt) of the final product.

AMD's high-end Vega 10 GPU will be available to consumers in the first half of 2017. The chip spans a die size of over 500mm2 from early calculations and features two HBM2 stacks, incorporating up to 16 GB of HBM2. The consumer variant which was demonstrated using DOOM and Star Wars: Battlefront featured 8 GB of HBM2 VRAM. The specific device ID for the consumer variant is 687F:C1.

AMD Vega 10 GPU specifications were leaked over at Videocardz. 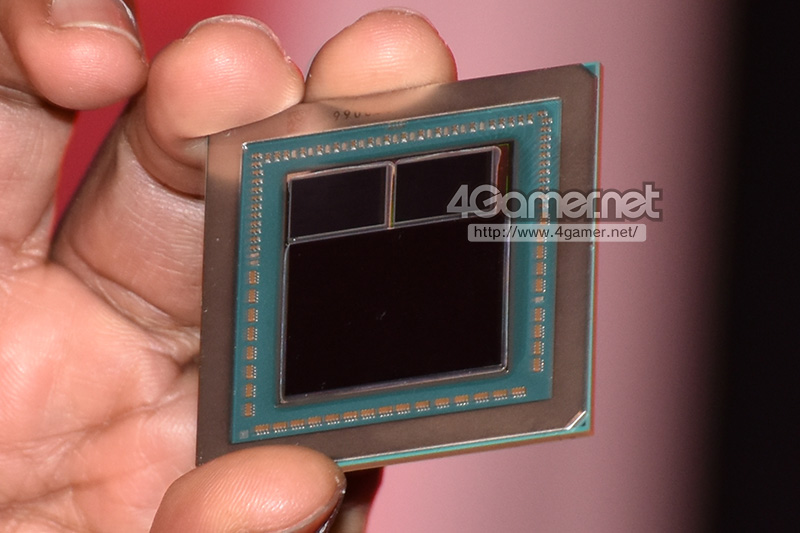 We have seen multiple previews of the Radeon Vega 10 graphics card in Ashes of The Singularity, Star Wars: Battlefront and DOOM. The graphics card is looking to be a killer 4K AAA gaming product and we can't wait for it to launch in Summer 2017.