A Benchmark comparison of AMD's upcoming Trinity APU (Engineering Sample) against the current Llano A8-3850  APU has been posted by OBR at his blog.

The Trinity Accelerated Processing Unit which was used is part of the Quad Core A8 Series which feature the 2nd Generation Piledriver Core from AMD. The Trinity A8 sample also makes use of a DX11 - HD7000 Series IGP which results in more Graphics Processing power over its predecessor. The Trinity A8 Sample runs at a stock frequency of 3.2Ghz and was tested with the HD7950 GPU, Results of 3DMark 11 are posted below:

The new APU would show a great improvement during graphics workload however the CPU side of Trinity isn't as great as anticipated, OBR states that Llano has Physics score +/- 4000 points at 2.9 GHz whereas Trinity scores only 3497 points while running at 3.2Ghz. Hopefully, Final retail chips would show an improvement using the new Piledriver core. 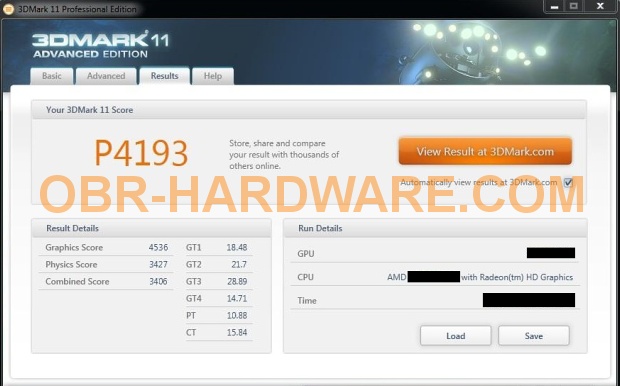 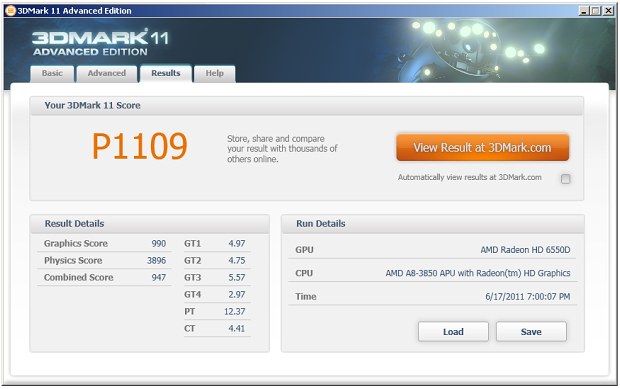