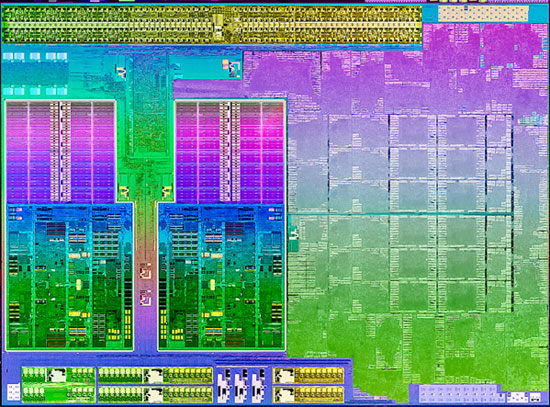 Chinese hardware portal Expreview, has provided a briefly detailed review on AMD's A10-5700 desktop Trinity APU. The APU was tested against the previously launched Llano A8-3850 in various CPU and GPU benchmarks, the results could be seen below. 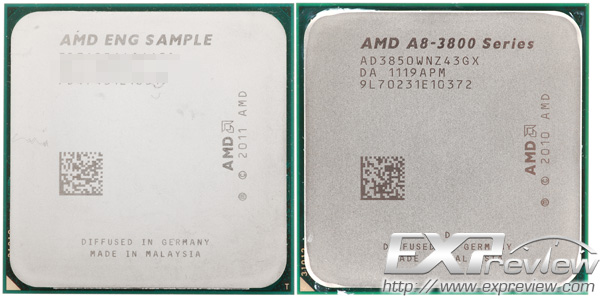 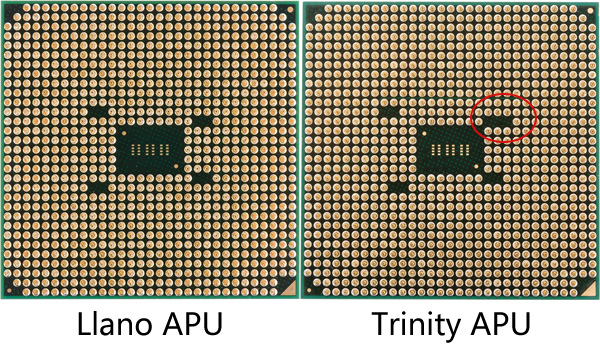 The Trinity APU tested was a Engineering sample of the A10-5700 chip which runs at 3.4GHz stock and 3.7GHz Turbo core frequency. Its a Quad Core variant with four threads and has 2MB L2 cache with a rated TDP of 65W.

With Trinity, AMD equipped its APU's with the second generation Piledriver x86 cores which would offer improvement in performance over the K10.5 stars cores in Llano and the use of VLIW5 IGP over the VLIW4 6000 series in LLano.

Trinity makes use of an HD 7660D chip for graphics processing which holds 384 stream processor with 6 SMID array and clocked at 800MHz.

AMD's Trinity are compatible with the new FM2 socket boards holding the A85 chipset, the one being tested by the Expreview team was Onda's M-ATX A85 motherboard which costs under $100 but features DDR3-1866MHz mode, PCI-e x16 + PCI expansion slots. Six Sata 6Gbps ports, 5 Phase VRM and a moderate amount of I/O panel ports.

Looking at the overall numbers, We could say that AMD did a satisfactory well job with Trinity. The APU is an engineering sample so some improvements in the retail models could be seen. Piledriver cores on the other hand give the APU an edge of the Llano in multitasking by an average 10-15%, more in Cinebench and Winrar with upto 50% improvement while the HD 7660D dominates the IGP sector with its lead over Llano and also the Intel HD graphics series.

AMD's Trinity would officially debut in Q3 2012 on the desktop platform.