A new AMD Slide has been leaked by Donanimhaber.com which details Specs and Info of Upcoming Bulldozer (Zambezi-FX) Processors. A Complete Specs of the Upcoming AMD Bulldozer lineup was also leaked by Gigabyte on its official website which we detailed here. 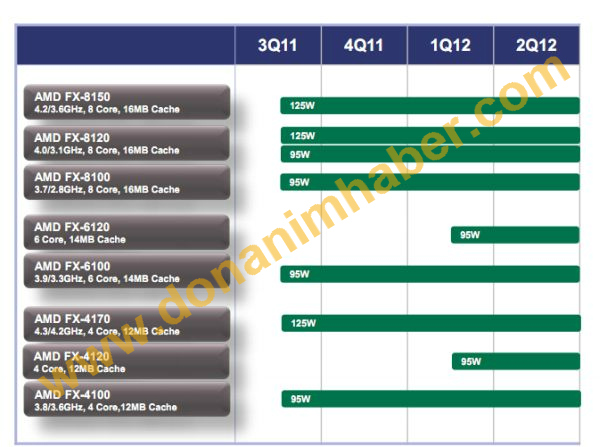 The Gigabyte details didn't reveal the Turbo Core speeds of the Bulldozer CPU's. The new slide details that plus a few additional processors. Following is the complete list of Bulldozer Processors along with their Clock Speeds, Turbo Core Frequencies, TDP's and Release Dates:

(Note: There would be two variants of the FX-8120 CPU, One would feature 125W TDP while other would come with a 95W TDP)

The Q1 2012 would also consist of a few more CPU's which were detailed months ago by an ASUS leak (Details here): 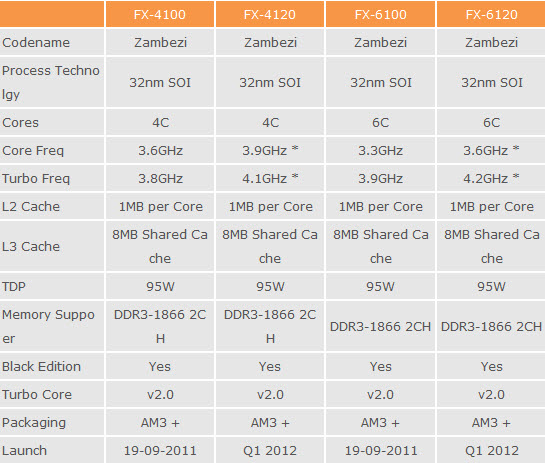 AMD is also rumored to release a new Flagship CPU named "FX-8170" in Q1 2012. Though that hasn't been confirmed yet. The release and shipping of these processors is also expected within this month. More AMD Bulldozer News: