According to the latest reports from Board Channels, AMD might have increased the prices of its RDNA 2 powered Radeon RX 6000 series GPUs.

A few days ago, we reported how AMD's Radeon RX 6000 series graphics cards were once again retailing for almost two times their MSRP around the globe. But based on the latest reports, the worst is yet to come. 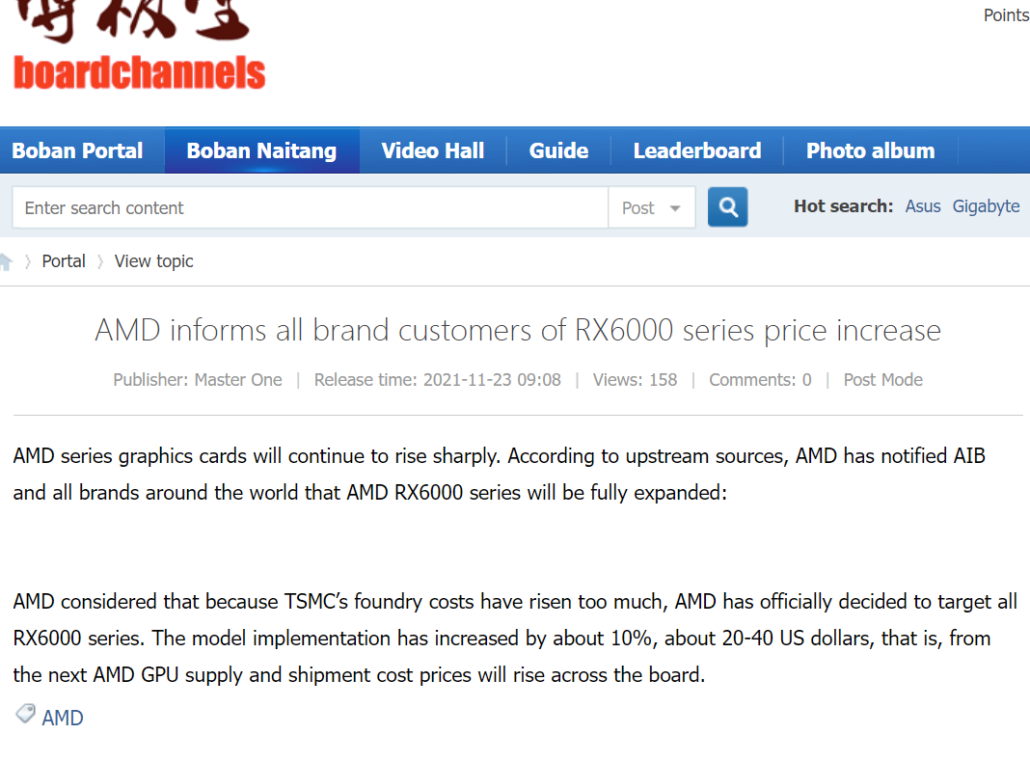 AMD has silently notified its AIB partners to increase the prices of all RDNA 2 powered Radeon RX 6000 series GPUs by 10%. (Image Credits: Videocardz)

The main reason cited is TSMC's foundry costs and the price to acquire 7nm wafers. The source states that due to increased production and process node acquiring costs, TSMC has raised its prices for all partners including AMD whose entire AMD Ryzen and AMD Radeon lineup currently relies on the 7nm process node.

As such, AMD has subsequently notified its AIB partners to adjust the pricing of their Radeon RX 6000 series cards based on the company's RDNA 2 GPU lineup. As such, consumers are expected to pay even higher prices than what they were already paying. We know that the GPU market isn't expected to get normal until 2023 so till then, we might see even more price hikes and shortages as reported here. All reports now point towards normalization in 2023 so don't expect any miracles prior to that. New GPUs are planned for launch in the coming months so expect them to be priced similarly if not way higher.