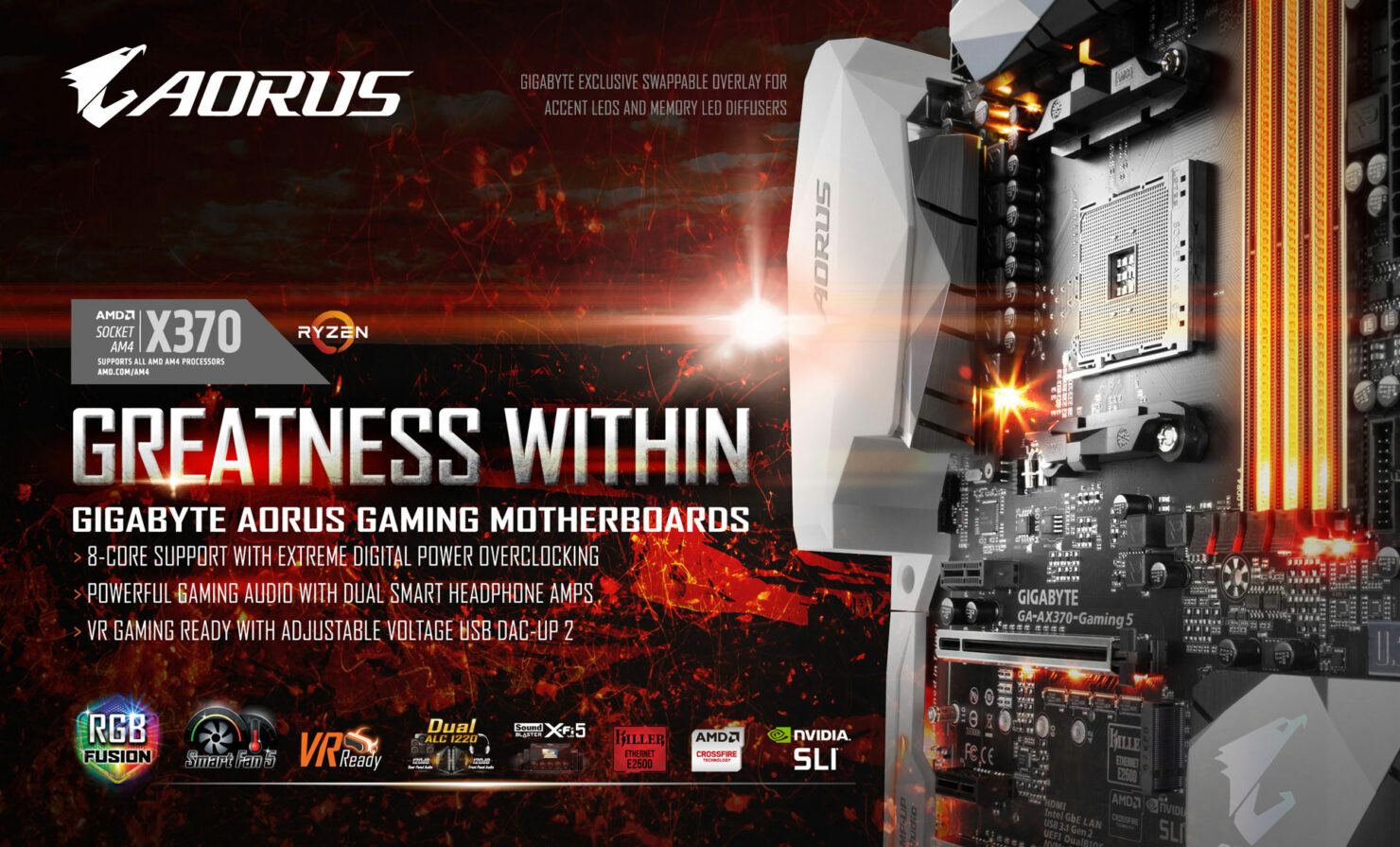 AMD and their partners are issuing new software and BIOS updates to fine tune Ryzen CPUs and X370 motherboards on weekly basis. The new updates provide performance increases and overall stability for the platform however one such update from Gigabyte may cause permanent damage to your Ryzen CPU.

The issue isn't technically with AMD CPUs or any other motherboards. It purely related to Gigabyte X370 motherboards. When running the BIOS, users have seen the vCore voltages floating between 1.5-1.7V which is crazy high. The default vCore values should be set around 1.2V but as anyone can tell, that's not the case here. Such high voltages can lead to permanent damage to the CPU and the BIOS has already led to two victims.

Over in Gigabyte and other tech forums (as spotted by TechPowerUp), multiple users are reporting that their AMD Ryzen CPUs have burned out and aren't fit for use anymore. Other users who were quick to react to this issue have alerted others to use the Gigabyte flashback utility to revert to an older BIOS. Here are some quotes from various forums:

That is in the firmware notes but DON'T DOWNLOAD IT!!! That firmware melts CPUs with massive overvolting. Stick with F6 for now. via Gigabyte Forums

F5 is dangerous. I did load optimized defaults before and after flashing. Entered settings and started to check memory settings.  About 2-3 hours later system was unbootable. I though that board bricked itself, but it seems that it fried the cpu. Local dealer checked the cpu. It's dead, fortunally they agreed to replace it. A lot faster than Gigabyte. No offical word on forums and ticket is still in new status on esupport. via Gigabyte Forums

Do not use BIOS revision F5 on your board if you want to keep your CPU. I had temps that were simply too high so I started doing some investigating and the base CPU Vcore appears to be 1.5500v instead of 1.2250v. It still says you are setting 1.2250v but it isn't. If you use Normal and a positive offset it adds that to 1.5500v. If you try to set 1.2250v directly it still provides 1.5500v. It is messed up and who knows what else is messed up too. I tested this on my 1700 (other CPUs may be affected differently). via Gigabyte Forums

User psyko12 over at TechPowerup Forums has a good run down on the entire situation which you can read below:

Just wanted to share something regarding gigabytes x370 K7 BIOS or maybe other board BIOS that they released on 2017/08/18.

K7 owner here and reporting some findings about the mysterious F5 bios that came out on the official site (it didn't go thru the BETA bios thread), it was just posted as a "stable" release.

A WARNING:
Having flashed the bios some users noticed it to set the cpu vcore to a very high voltage 1.55v instead of the default 1.2ish~ v. Having applied optimized settings saved and restarted it went back to normal.

Findings: Most or some users got the same experience.

More info, it is something to do with auto and voltage offsetting that this bug occurs, but if you set it to use a manual voltage and use LLC to compensate then you are golden.
At the moment have read and found out some people getting their processors fried due to this bug. We haven't heard yet from gigabyte in their forums regarding this one.

Minus that very very bad bug, overall the bios is very good. It has unlocked more dividers/mhz for the memory (3066, etc.).

+Noticed with the same oc settings that I use, the VRMs are also way cooler than previous set of bioses also my machine idle temps are way lower (atm running sweet spot 3.8ghz on all cores)
+XMP on some kits even on other dies that the godly b-dies can hit XMP with just turning on the setting without further tweaks. (I had to raise ram voltages to make it stable tho 1.4v)
+The notorious soft brick issue (for me maybe) does not happen (haven't noticed it too on F4). Maybe I just go lucky.

As of date I saw 2 or 3 persons on the gigabyte forum reporting of fried processors.

Gigabyte hasn't issued a response yet but they did update their support page and have removed the affected BIOS from the downloads list. All users that did update their Gigabyte X370 BIOS recently should check if they aren't running the BIOS versions listed above to avoid any sort of inconvenience or damage to their Ryzen CPU. If so, you can revert it back in a matter of seconds through the BIOS flashback utility.