The AMD Ryzen 9 5900H CPU is going to be one of the fastest offerings within AMD's Cezanne-H line of notebook chips. The processor will be featuring brand new Zen 3 cores which we have seen on the desktop Ryzen 5000 lineup and as such, we can expect some huge gains in single-thread processor performance. 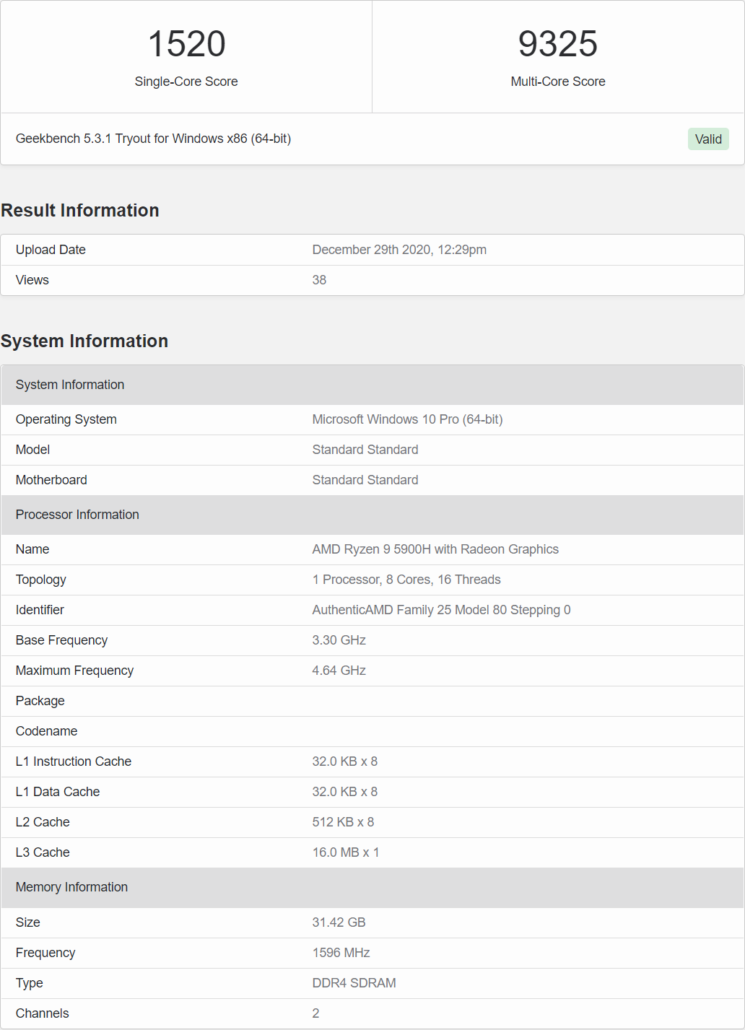 Even compared to something like the Intel Core i9-10900 which is a 65W & 10 core desktop CPU with a maximum power limit of around 220W, the 35 (45W cTDP) AMD Ryzen 9 5900H CPU offers the same level of multi-core performance and blazes past the Core i9-10900 within single-core tests thanks to the massive IPC uplift the Zen 3 has to offer.