AMD's most affordable Ryzen 7 part, the $329 1700, is a force to be reckoned with when overclocked if these benchmarks are anything to go by. Whats more, this 65W part is said to be a decent overclocker, reaching 4.0GHz on the boxed stock Wraith cooling unit that comes with it.

This leak comes via a user on the Baidu Chinese forums who has managed to get his hands on a retail 1700 boxed unit before the official launch of the Ryzen 7 series tomorrow.  But as always, take this leak like any other with a healthy dose of salt.

This is the cooling unit that comes boxed with every 1700 chip and the one that has allegedly been used to achieve this 4.0GHz overclock. It's called the Wraith Spire and offers 95 watts of cooling, making this 4.0GHz result all that more impressive. The overclock was achieved with an X370 motherboard. The system was also equipped with 16GB of DDR4 memory of an unknown speed. The benchmarks include 3DMark Fire Strike Extreme and CPU-Z's built-in single & multihreaded tests.

So without any further delay, let's dig into the numbers! 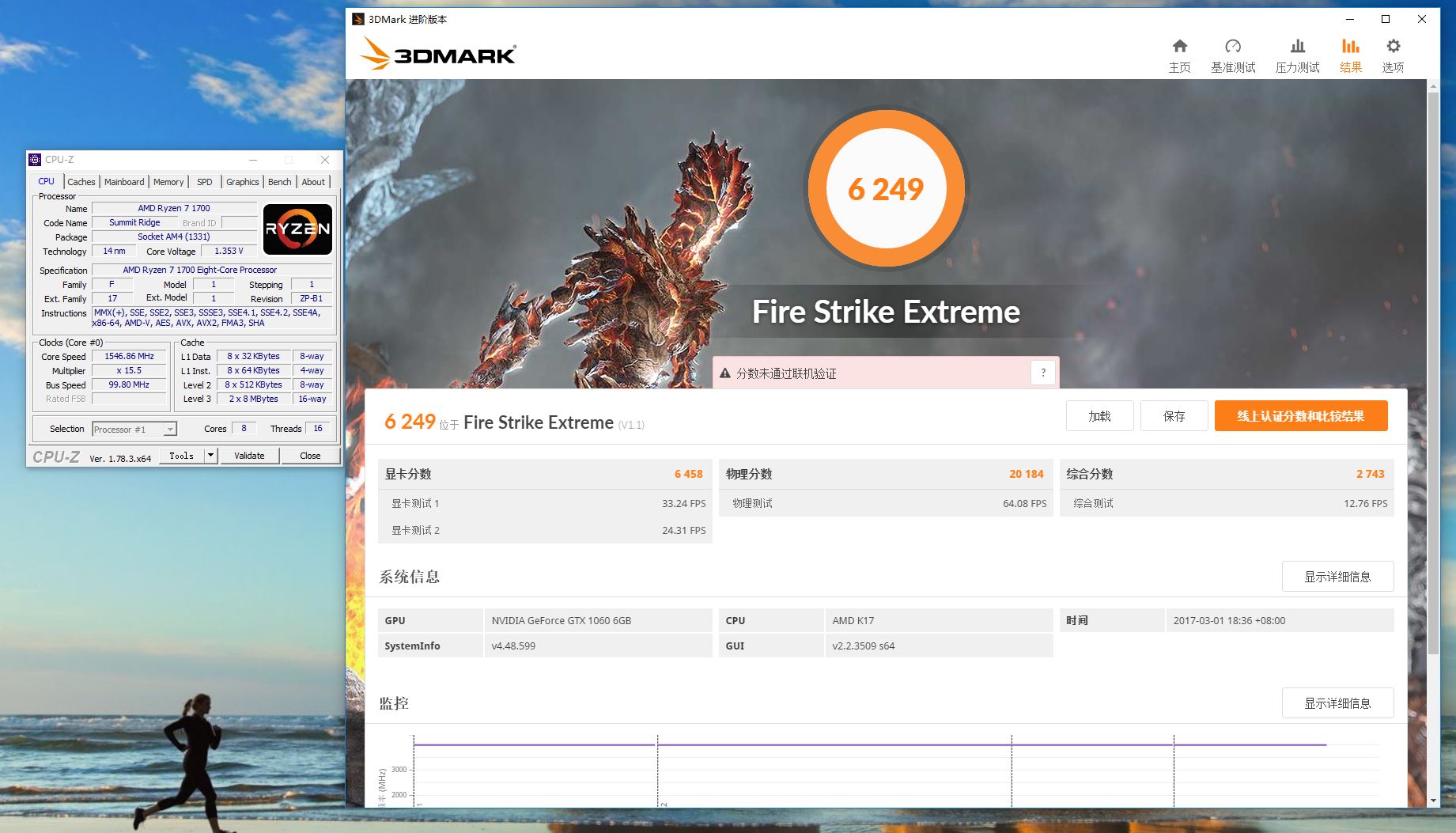 The second test we have is even more impressive. Here the 1700 running at 4.0GHz scores 2251 points in the single-threaded part of the benchmark. We grabbed the official list off the CPU-Z validator site for reference. At 4.0GHz the 1700 outperforms every single CPU other than the 7700K in single-threaded performance. Which turbos to 4.5GHz in this test and scores 2301 points.

As always, take these synthetic tests with the usual grain of salt and make sure to check out the comprehensive independent product reviews that are coming out tomorrow. AMD's Ryzen 7 lineup which is comprised of the Ryzen 7 1800X, 1700X and 1700 will officially ship to customers on March 2nd and are currently available for pre-order worldwide.