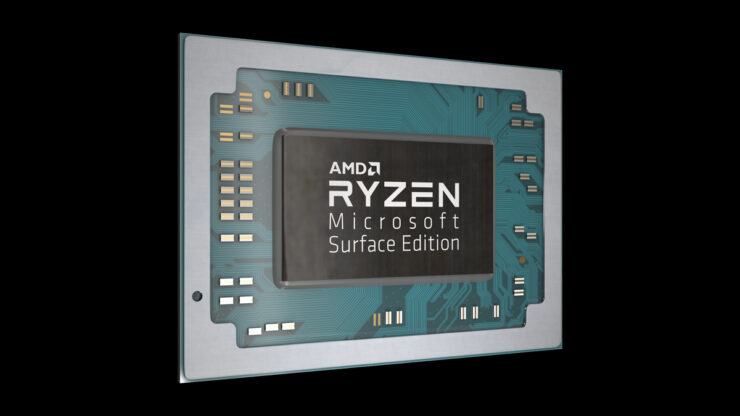 AMD may have secured a new design win for the upcoming Microsoft Surface notebook which would utilize its 3rd Gen Ryzen 4000 CPU & Navi based Radeon RX GPU. Spotted by tech leaker, Rogame (via NotebookCheck), the 3DMark listing reports a Microsoft device built entirely on the AMD CPU & GPU platform.

Last year, Microsoft announced its first-ever Surface Laptop (3) which featured a custom Ryzen CPU based on the Zen+ architecture and the Vega GPU. This year, Microsoft is preparing an even better variant featuring AMD's latest chips. Last year, the chip embedded inside the Surface Laptop 3 was known as Winston while this year, the codename will be Acton based on the internal PCI Ids for the Renoir lineup. 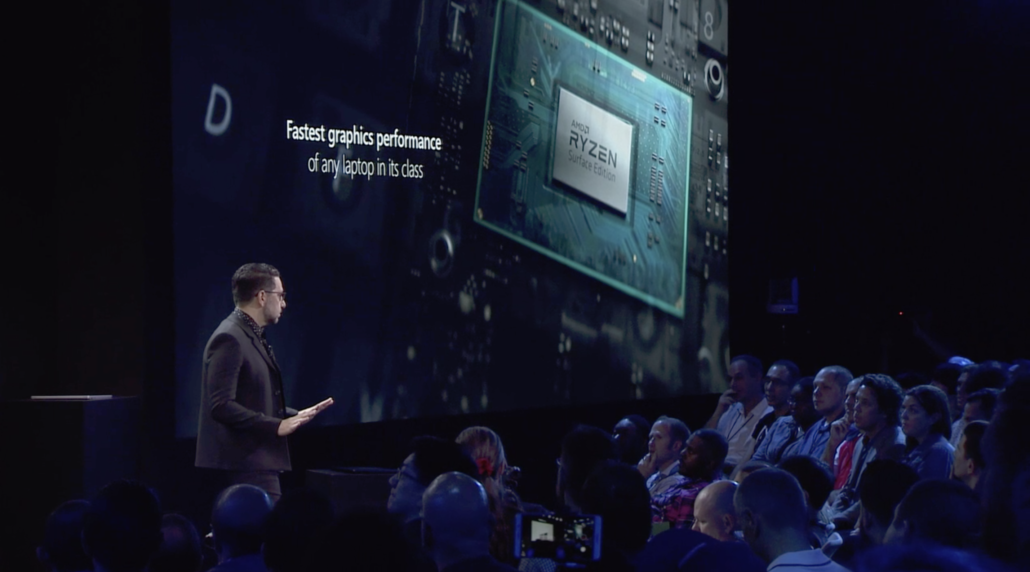 The AMD Ryzen 4000 series processors are based on the Zen 2 core architecture and fabricated on the advanced TSMC 7nm FinFET process allowing for higher efficiency and longer battery times. The Ryzen 5 4500U has a TDP of 25W which is configurable down to 10W & I believe that the cTDP is what Microsoft would be aiming for to increase battery times with a balanced power scheme.

Coming to the graphics side, while the Ryzen 5 4500U comes with 6 Vega GPU cores that are also based on the revised 7nm architecture, featuring a total of 384 stream processors running at a max clock speed of 1500 MHz, the laptop would primarily be using its discrete Navi graphics chip for most of the demanding graphics work. This theory is supported by another 3DMark listing where the same Ryzen 5 4500U CPU is found in an unreleased device featuring the Radeon RX 5300M 'Navi' GFPU with 3 GB of GDDR6 memory. There's a possibility that we might see several configs for the upcoming Microsoft Surface Notebook featuring higher-tier specs.

Since there are 13.5" and 15" variants, we can see better specs on the higher-end models such as the Ryzen 7 4700U, Ryzen 7 4800U CPUs and the better Radeon RX 5500M / RX 5600M GPUs. With that said, lower-tier models could do away as great general-purpose notebooks as the new Vega GPU cores provide more than 50% performance uplift over existing Vega integrated GPUs. When talking about performance, the Microsoft Surface Book 3 with the AMD Ryzen 5 4500U and Radeon RX 5300M configuration score 13,885 points in 3DMark 11, 16,445 in the Graphics and 9,442 points in the Physics section.

Just for comparison, an Intel Core i7-1065G7 scores about 11,000 points in the 3DMark 11 Physics section while its internal Iris GPU based on the Gen 11 GPU architecture scores around 5000 points which is slightly slower than the Ryzen 7 4800U so we will see the Vega iGPU on the Intel Ice Lake chips performing just on par with AMD's revised Vega architecture. The Ryzen 7 4800U does come with more CUs so that's also to take into consideration when comparing such results.

The results are definitely interesting and the Microsoft Surface Book 3 was originally slated for launch sometime in the Spring of 2020 but keeping in view the current situation (COVID-19), I believe that Microsoft would definitely move the launch back by a few months.