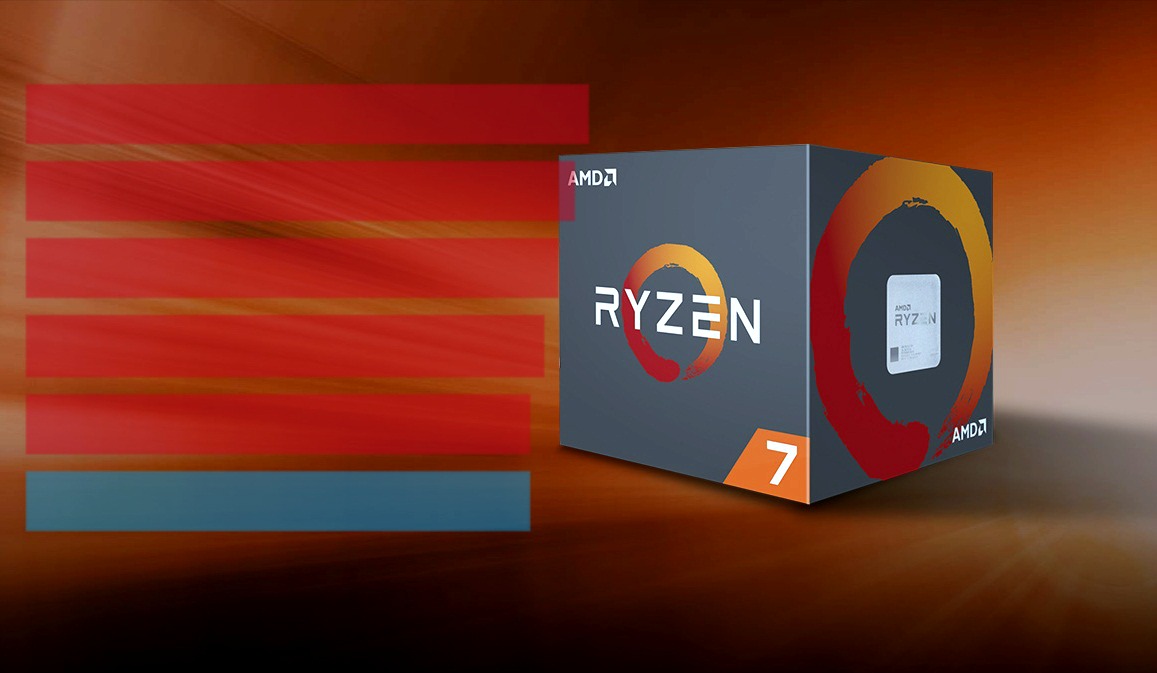 New benchmarks for AMD's $399 8-core 16-thread Ryzen 7 1700X have just been leaked, showing it beating Kaby Lake per core and per clock. This comes off the heels of yesterday's Ryzen press event where AMD announced that it had exceeded its 40% instructions per cycle improvement goal by 12%.

Instructions per cycle is a standard by which we measure how many instructions a given CPU micro architecture can execute per core at one clock cycle. In other words its a measure of architectural performance that quantifies the amount of computation a CPU core can crunch through every cycle. CPU cores with higher IPC can do more computational work in less time compared to other CPU designs with lower IPC.

AMD's initial goal of a 40% IPC improvement over its previous generation would've put it on roughly equal grounds with Intel's 4th and 5th generation Haswell and Broadwell CPUs. A 12% on top of that, as today's benchmarks evidently suggest, would put Zen ahead of Intel's latest and greatest 6th and 7th generation Skylake and Kaby Lake microarchitectures. So without any further delay let's take a look at the benchmarks!

The 1700X entry in question is clocked at 3.4GHz, with Turbo disabled. Which means it's actually running at 3.4GHz at all times. On the Kaby lake side we have a Core i5 7500 with a base clock speed of 3.4GHz but with Turbo enabled at 3.8GHz. Because in single-threaded workloads the i5 7500 operates at its maximum Turbo frequency of 3.8GHz this means we're looking at a 3.4GHz vs 3.8GHz single-core vs single-core comparison. 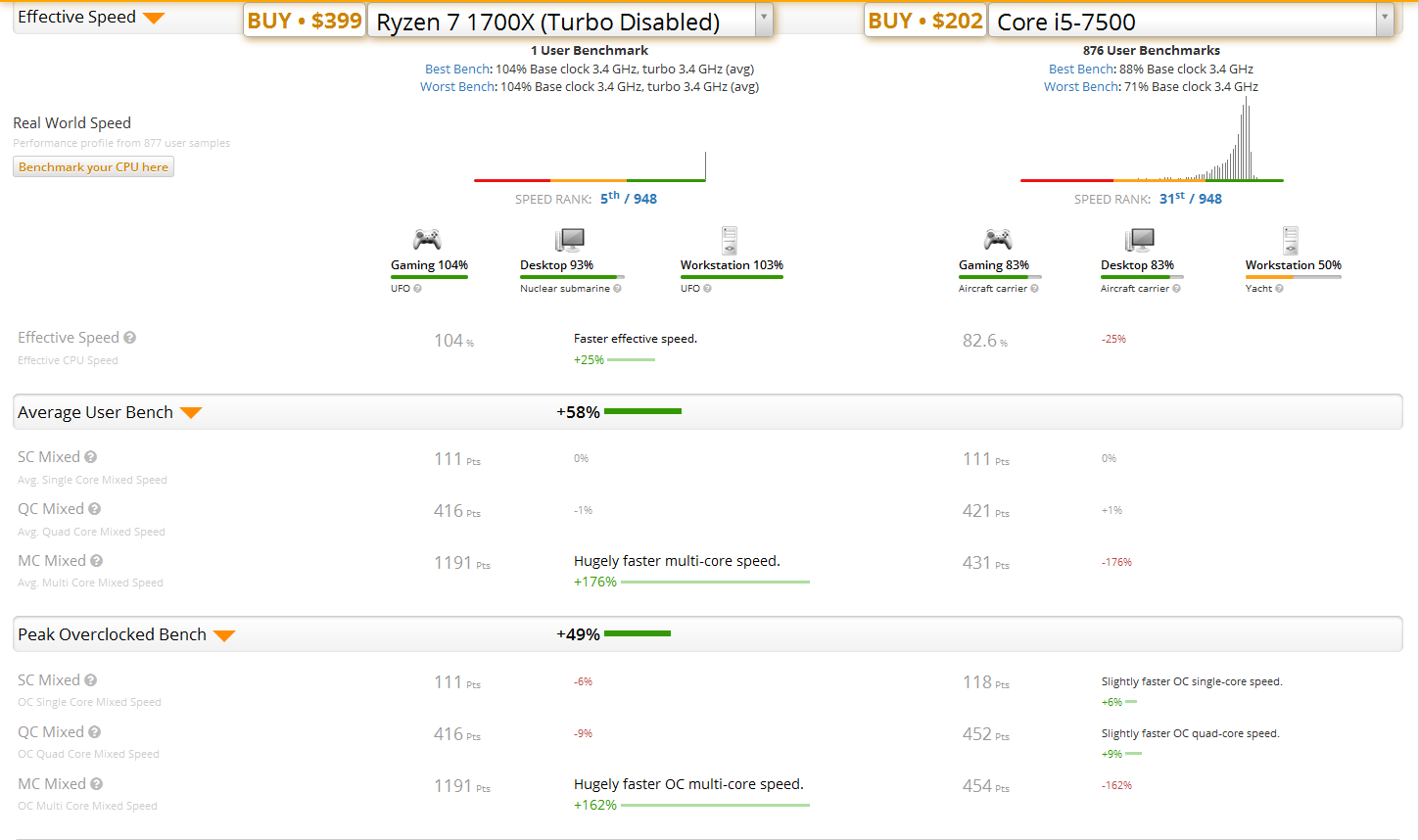 The Ryzen 7 1700X manages to match Kaby Lake exactly, scoring 111 points despite a ~12% clock speed deficit. In the graph below we take a look at how the performance scales from 3.4GHz all the way to 3.8GHz. 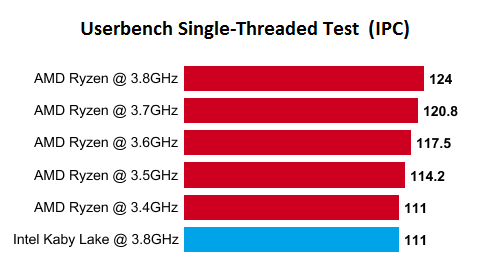 Now, it's important to mention that these performance figures do come with at least one caveat. Each core in the Ryzen 7 1700X has access to approximately 33% more cache. This is because each 4-core Zen complex has access to 8MB of L3 cache, while the 4-core Kaby Lake complex in the i5 7500 has access to 6MB of L3 cache. To try and even out this disadvantage we've taken the single-threaded score of the i7 7700K, which turbos to 4.5GHz, and compared it to a Ryzen 7 1700X score that's been scaled up to 4.5GHz. Since the amount of L3 cache per 4-core complex in both chips is an identical 8MB.

We can see that Kaby Lake does make up some ground when we eliminate the cache disadvantage of the i5. The i7 7700K manages to narrow the IPC gap from about 12% down to 5%. This indicates that the Userbench single-threaded test does enjoy an abundance of L3 cache.

It's still very important to note that one benchmark isn't the be all and end all of performance and IPC. It's safe to assume that some workloads will favor Intel's Skylake/Kaby Lake microarchitecture while others will favor AMD's Zen. But what these figures do tell us is that this is going to be a really close match-up with both microarchitectures trading blows. Although we can't deny that what AMD has managed to achieve in a single generation with Zen is truly phenomenal.

We can't wait to see more of what Ryzen can do. AMD has put its Ryzen 7 lineup for pre-order on major retailers across the globe yesterday. They sold out within hours and topped Amazon's best sellers list. However, the embargo on reviews will officially end on March 2nd, so stay tuned.