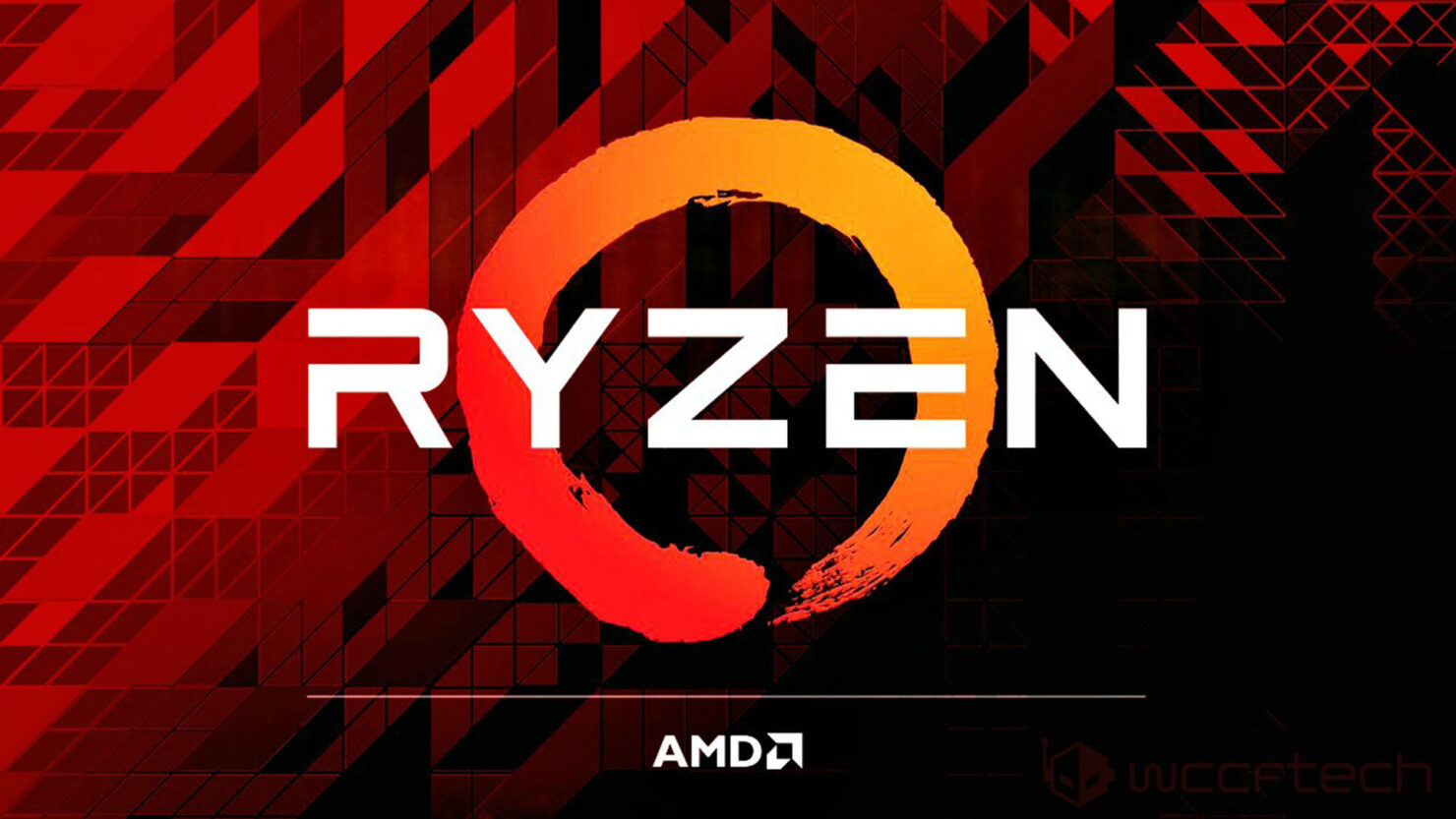 The AMD Ryzen leaks and benchmarks just keep on coming! The latest one is for the 6 core 12 thread 1600X. This is a 95W Black Edition processor with a base clock speed of 3.3GHz and a Turbo clock speed of 3.7GHz and is due to launch on March 2nd at $259.

Unlike the recent highly suspicious alleged Cinebench R15 benchmarks that have popped up on some Chinese PC forums, this new leak has a clearly visible Ryzen processor ID with specs that exactly match that of the Ryzen 5 1600X. 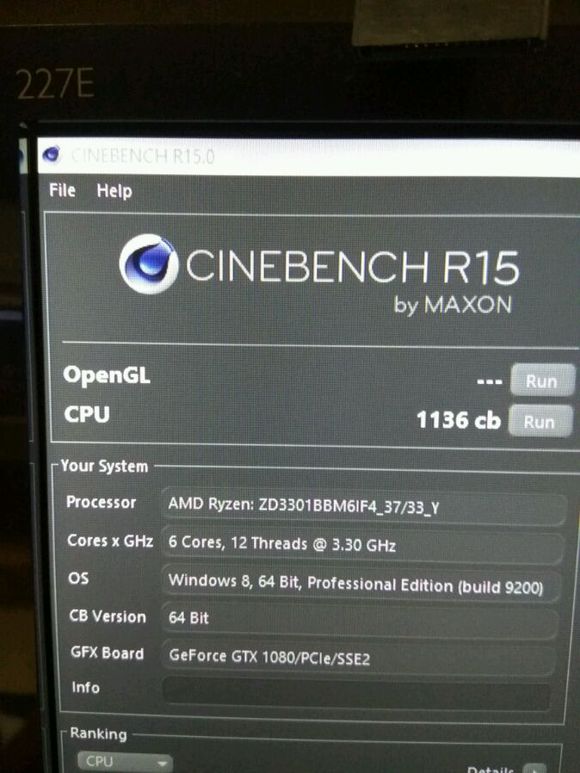 To compare the score of the chip we borrowed the below Cinebench R15 multi-threaded performance graph from Anandtech.com and added the Ryzen 1600X. 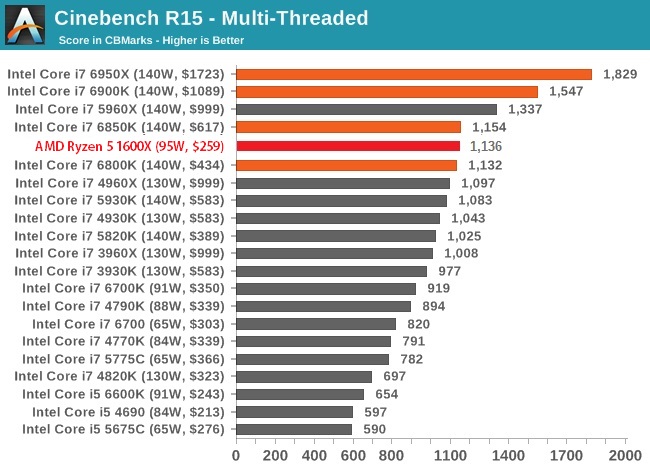 Impressively, the 1600X which carries a similar price-tag to the unlocked Kaby Lake Core i5 7600K manages to punch two hundred dollars above its weight and slightly outperofrm the much more expensive $430 i7 6800K. This is despite running at 100MHz below the Intel Broadwell-E six core. This suggests that the Zen microarchitecture may be a much more formidable IPC contender than we previously thought, outperforming Broadwell core for core and clock for clock, at a lower wattage. Very impressive indeed.

In the mid range AMD will actually offer 6-core 12-thread CPUs that'll compete at the same price bracket that's currently occupied by Intel's flock of i5 chips. We'll have two Ryzen CPUs in this segment initially. A Ryzen 5 1600X 95W Black Edition and a Ryzen 5 1500 65W chip. Just like the 1800 Pro, we've seen references to a 1600 Pro but we've yet to confirm the specs of this chip.

At the entry level of the Ryzen stack we have two quad-core chips without multi-threading. Amazingly, both of these chips are actually cheaper than Intel's dual core i3 7350K. It's worthy of note that all Ryzen chips feature fully unlocked multipliers. So all Ryzen chips are overclocking ready right out of the box. You won't have to pay extra for an unlocked chip like you'd normally do on the Intel side. So long as you have an X370 or B350 AM4 motherboard, you're good to go.

AMD made a big fuss at CES about how all Ryzen CPUs will have unlocked frequency multipliers to facilitate easy overclocking. This means that users will be able to overclock any one of the 17 SKUs that we've seen to date by simply pairing their CPU with a mid-range B350 or high-end X370 AM4 motherboard and raising the frequency multiplier inside the motherboard's UEFI/BIOS interface. In comparison, Intel has just three CPUs in its entire Kaby Lake lineup that are unlocked for overclocking.

This segues us neatly into talking about Ryzen’s two brand new boxed coolers in addition to what appears to be an aesthetic update to the beloved Wraith cooler which debuted last year. The first of the three will come with 65W rated Ryzen CPUs, the second is for 95W CPUs and the third will likely be paired with Ryzen Black Editions. Black Editions are said to have the letter X at the end of their model numbers, like the 1800X and the 1700X for example. This is merely educated conjecture at this point. We won’t know for sure until the end of the month.

If the above photo of Radeon Technologies Group Chief Graphics Architect Raja Koduri is anything to go by, all three new coolers will feature LED lighting. Perhaps even customizable RGB lighting. Seeing how magenta is not AMD's corporate or brand color, it's likely that Raja chose that custom color.

AMD Back In The High-End Desktop

It's clear that AMD has done a lot of things right with Zen. Pushing IPC and power efficiency to where they need to be. Building a comprehensive modern platform and bringing much needed updates to the featureset. Creating an attractive value proposition for desktop users, servers and notebooks. All the ingredients to make Zen a success are here.

The mere prospect that enthusiasts may actually have AMD CPUs as a worthwhile option again for the first time in a decade come March 2nd is refreshing. We're mere weeks away from knowing whether we'll finally be able to say AMD's back!