The Ashes of the Singularity benchmark results for AMD’s upcoming RX 580 were leaked yesterday and while I am posting this slightly late, I promise I have a sweetener to make up for it. The RX 500 series is the generation of GPUs that is going to succeed AMD’s current RX 400 series with the RX 580 being the direct successor to the RX 480. There were initially some rumblings and confusion on whether it will simply be a Polaris refresh, or the cut down Vega core, and this leak hopefully points us in the right direction.

The Radeon RX 580 graphics card was tested on an Intel i7 5820k hexa-core processor with a base clock of 3.3 GHz. The RX 580 manages to score an average framerate of 72.3 fps. The performance shown here is significantly faster than the RX 480 and roughly in the same league as the GTX 1070. The performance bump that we can see here leads me to suspect that this is probably a cut-down Vega core (Vega 11) and not a revised version of the RX 480. You can’t really hope to gain multiple double digit performance bumps from simply an improved revision or better binned GPU. (The first and the last screenshot is courtesy of Videocardz.com) 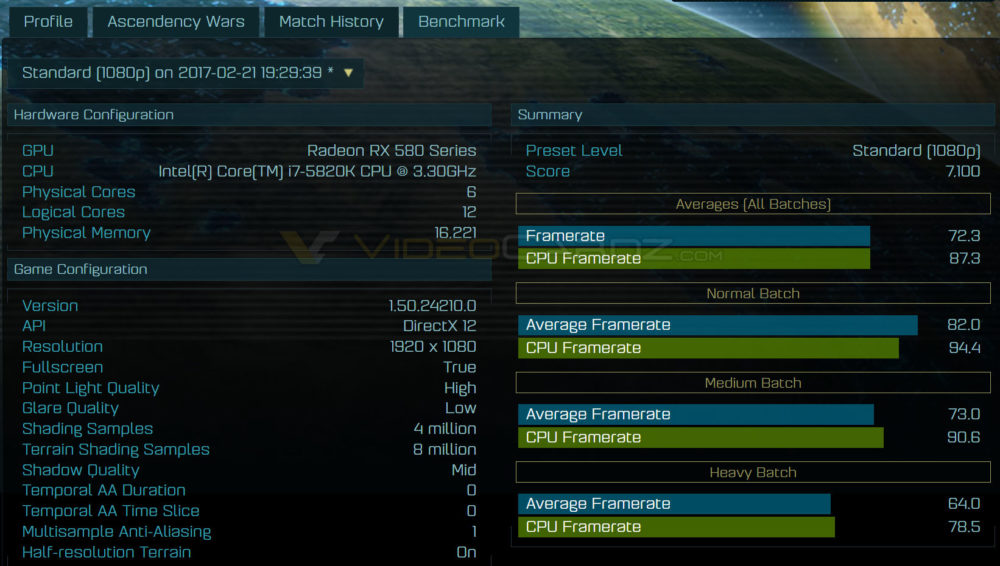 It does however mean that this is an RX 480 successor through and through and will probably be priced in the same range. It also means that we have yet to see the real flagship of AMD, the full-fledged Vega GPU, which will probably take on the name of the Radeon RX 590 graphics card. AMD has already revealed the new logo for the GPU and since Ryzen has already launched, we should be expecting it any time now since the company promised both as a combo.

This is also where the sweetener I promised comes in. Here below, we have the benchmark results of the Ryzen + CrossFire RX 580 combo (that is using an engineering sample clocked at comparable speeds to the Intel counterpart). This is really the ultimate AMD 4K setup you are looking at here in terms of value. A hexacore Ryzen processor as well as two RX 580s in crossfire and boy does it perform:

The interesting thing about this benchmark is that the processor is clocked at almost exactly the same clock as the Intel counterpart and of course, has the same core count. This would have been an almost perfect apples to apples comparison if not for the fact that we are looking at the 4K resolution, as well as a CrossFire combo of the RX 580. With an average framerate of 82.5 fps, we are looking at impressive 4K performance to say the least. 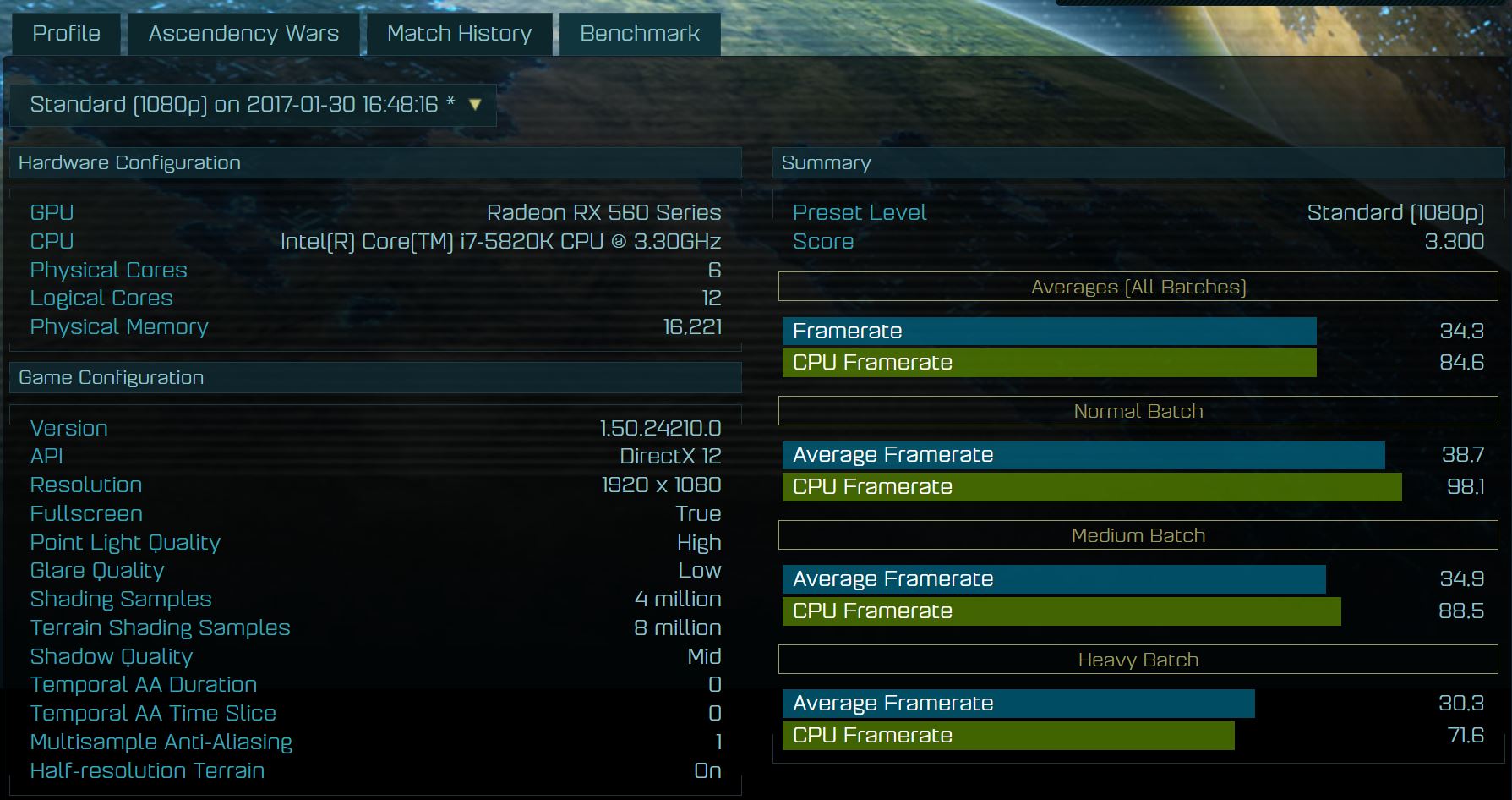 Last up, we also have the benchmarks of the RX 560 graphics card. Given AMD's past trend, this card has a very high probability of being a Polaris refresh and I wouldn't be surprised if it proves to be a revised version of the same. We are seeing an average score of 34.3 on 1080p which is more or less an acceptable result considering this is DX12 and AotS. With NVIDIA gearing up for the Ti launch soon, it looks like the company will be able to hold on to the performance crown uncontested for a little while longer before it faces any competition from Vega.