We have just learned (via VideoCardZ) that for the first time in history, AMD RTG is going to be holding an AMA over at Reddit. The Ask Me Anything session is going to happen on the 3rd of March and could be the perfect opportunity for AMD to give out a few hints about its upcoming GPUs. In fact, the topics that they will be discussing include Polaris and Fury X2. Talk about its Zen processors however, seems off-limits – which more than makes sense considering this is an AMA with RTG. 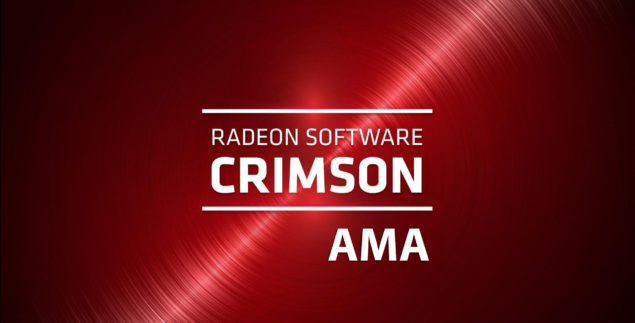 The announcement about the AMA was posted over at the AMD Sub-Reddit about a day back and is already filled with some very pertinent questions. AMD hasn't done anything like this before but this is an extremely positive sign, since it means that they are reaching out to their customers directly. This is one of the many new ideologies RTG has started pursuing in recent times - driving home the impression of competency.

The first reddit AMD Q&A/AMA is happening soon. Right here.
The Q&A is open to all topics dealing with anything under the Radeon Technologies Group (the Radeon division of AMD). Some big secrets could be unveiled this Thursday, so bring your best questions! Likely topics of discussion will most likely include Vulkan, FreeSync, GPUOpen, Polaris, Fury X2, VR, DirectX 12, and anything else you're curious about.

Don't ask about Zen. It's still a super secret.

AMD has already revealed quite a lot of snippets about the upcoming Polaris architecture - including the fact that it would comprise of two GPUs: Polaris 10 and Polaris 11. We know that the node shrink from 28nm to 14nm FinFET should give theme a roughly 2.0x boost in perf per watt, but with architectural improvements this number can go as high as 2.5x (something AMD execs have been hinting at as well). The RTG spokesperson hinted on topics including Vulkan, FreeSync, GPUOpen, Polaris, Fury X2, VR, DirectX 12 and anything else users on reddit might feel like asking.

Because of this, it is very likely that the company will divulge some hints regarding its plans if the right question is asked. We will be covering the Reddit AMA and be on the lookout for the revelation of anything that isnt't common PR stuff. We also have an exclusive of our own coming up in a few hours time covering a specific VR portion of RTG. Any readers that have questions of their own to ask AMD, can head over to reddit and sign up for the AMA. Keep in mind that the thread for the actual AMA will probably be different than the one linked here. Here are the top voted questions on the thread right now by user Khagerou:

Thanks in advance RTG guys.

Did moving to the 14nm FFet node after being stuck in 28nm planar transistor node present any significant challenges that were different from previous shrinks?

Can you discuss the yields on the Polaris dies right now?

Did the recent earthquake in Taiwan affect the production schedule in any major way?

How did Mantle effect the development on DX12 besides catalyzing progress, was there a significant amount of Mantle going into the development of DX12 or was it just the philosophy of low CPU/Driver overheads?

AFR would be of greatest benefit in VR, so is there going to be an increased focus on CrossFire support in preparation for big VR launches?

In regards to Polaris can you discuss any of the GPUs we could be seeing sometime in the near future, like the Fury and FuryX successor, are we going to see a low profile card like the Nano again?

Is there anything you can disclose about GPUOpen tools being deployed in games that are in development, or even some of the interesting application people are trying to make using the compute tools?

As far as FreeSync monitors, do you see an increased adoption of FreeSync technology from monitor and panel manufacturers because of HDMI support?

Hope I didn't bore you guys with the question. Cheers.