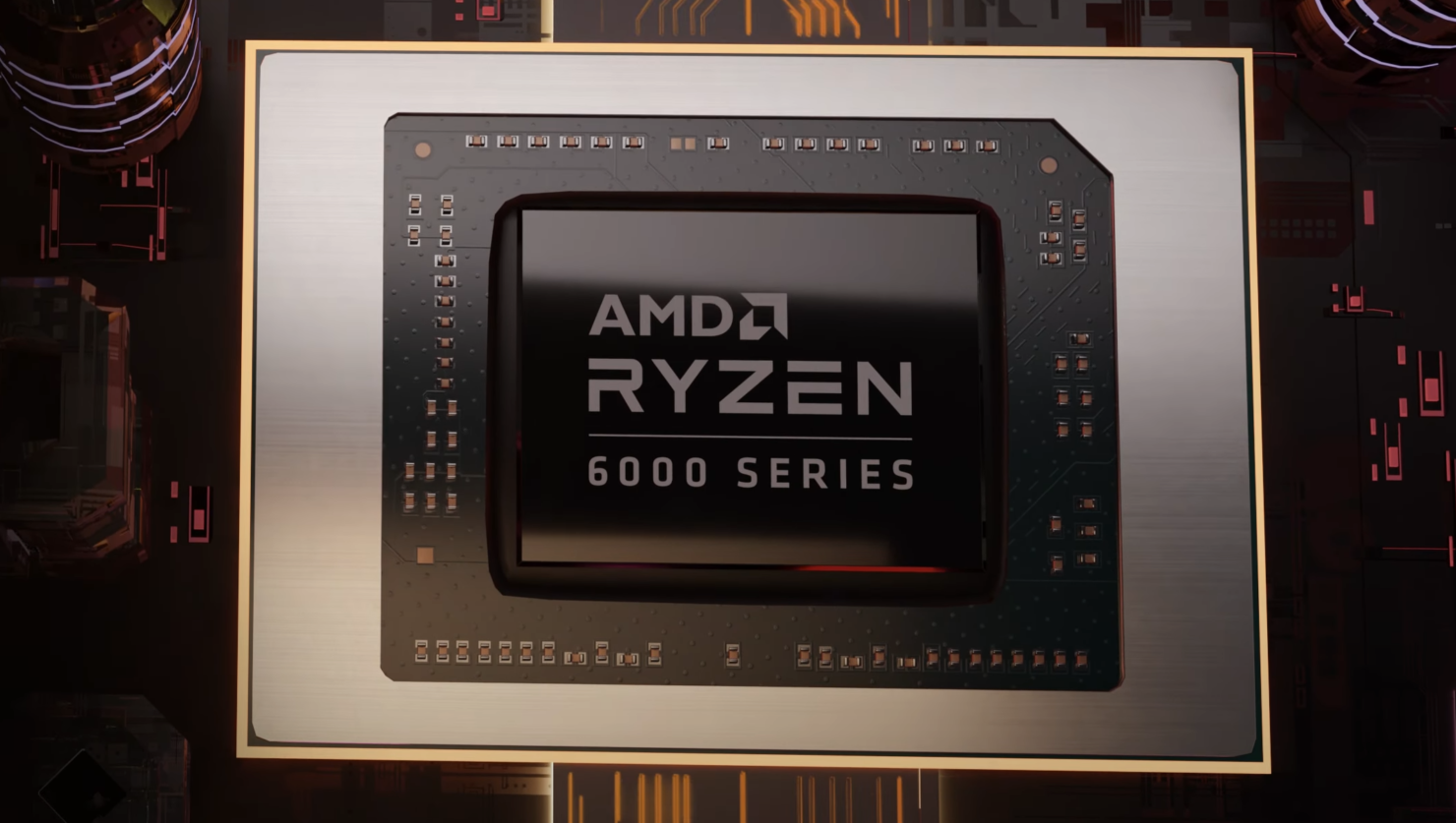 AMD recently introduced its Ryzen 6000 Rembrandt APUs which have been met with critical acclaim owing to their industry-leading efficiency in the mobility segment. One crucial aspect included in the Ryzen 6000 APUs is the RDNA 2 powered Radeon 600M integrated GPU which offers incredible performance when compared with competing iGPUs & even discrete GPUs.

The AMD Ryzen 6000 APUs are based on the brand new 6nm TSMC process node which allowed the red team to extract even more performance out of the Zen 3 cores in their 'Zen 3+' iteration. But while the CPU side offers higher performance per watt, the graphics side focuses on offering both higher performance and higher efficiency thanks to the RDNA 2 graphics architecture.

The AMD Radeon RX 600M series integrated GPUs are what's adopted by the Ryzen 6000 APUs, offering up to 12 Compute Units for 768 cores and up to 2.4 GHz GPU frequencies. The Radeon 600M GPUs pack a 50% large compute engine than the early Vega iGPUs, 50% higher bandwidth, twice the L2 cache, and twice the render backends (RB+).

The Radeon RX 600M is split into two SKUs, the Radeon 680M which is featured on Ryzen 9 & Ryzen 7 chips, packing the full 12 CU & 2.4 GHz configuration (4 RB+) while the Radeon 660M powers the Ryzen 5 APUs with up to 6 CUs, 1.9 GHz clocks and 2 Render backends. When it comes to numbers, AMD has acknowledged that the Radeon 600M series can play pretty much every game at 1080p with a smooth frame rate beyond 40 FPS and even exceeding 60 FPS in select titles.

Its performance is said to be much faster than NVIDIA's GeForce MX450 (25W) GPU which comes as a discrete solution and can even outperform the GeForce GTX 1650M Max-Q solution when FSR is enabled. FSR obviously gives a huge advantage to AMD's RDNA 2 core architecture as DLSS is only supported by RTX solutions.

Now in benchmarks showcased by Computerbase, you can see that the AMD Radeon 680M on the Ryzen 9 6900HS offers a nearly 50% performance increase over the Vega 8 iGPU on Ryzen 7 5700G in Cyberpunk 2077 (1080p, Low Preset). This is impressive considering the GTX 1060 is only 19% faster while running at a 120W+ TDP. Computerbase states that the benchmark was done without FSR enabled so if that tech was enabled, then we can definitely see the 680M match or even out-perform one of the most popular discrete graphics solutions out there.

Why? Nvidia‘s 3050 mobile has 4 GiB VRAM, which is not enough in THIS case. pic.twitter.com/hPNOeMxR8F

Another advantage of the RDNA 2 architecture on the Radeon 680M graphics chip is that it comes with ray-tracing capabilities which the NVIDIA GTX solutions lack. In this case, the 680M offers up to 2x the ray tracing performance versus the NVIDIA GeForce RTX 3050 Mobility (60W) in 3DMark Port Royal. It is stated that the 4 GB memory on the RTX 3050 is not enough for the benchmark but the GPU is running off of shared system memory so that's a win-win for the integrated graphics. The same could end up being true when comparing RX 6500 XT with the 680M.

Moving from official benchmarks to tests from independent reviewers, we see that the Radeon 680M & 660M offer higher performance than NVIDIA's MX450 (25W) solution and the higher-end chip should also outperform the newly released MX550 chips. It's a total bloodbath for Intel and its Iris Xe solutions which lack against the RDNA 2 chips severely.

Once again, with FSR, these chips can outperform the current mainstream lineup from NVIDIA which is great news for budget PC gamers. This is one reason why Intel is investing in using Arc GPU chiplets in their next-gen CPUs such as Meteor Lake and beyond to have a strong answer to AMD's RDNA powered iGPUs. All of this means that in a few years, we will definitely have iGPUs offering performance on par with entry-level and even mainstream discrete GPUs. While dGPUs continue to offer more performance, they will require more power as we are seeing right now in the high-end and even some mainstream options. So budget gamers who don't want to invest in expensive and power-hungry chips can call it a day by using integrated solutions for their laptop and desktop needs.