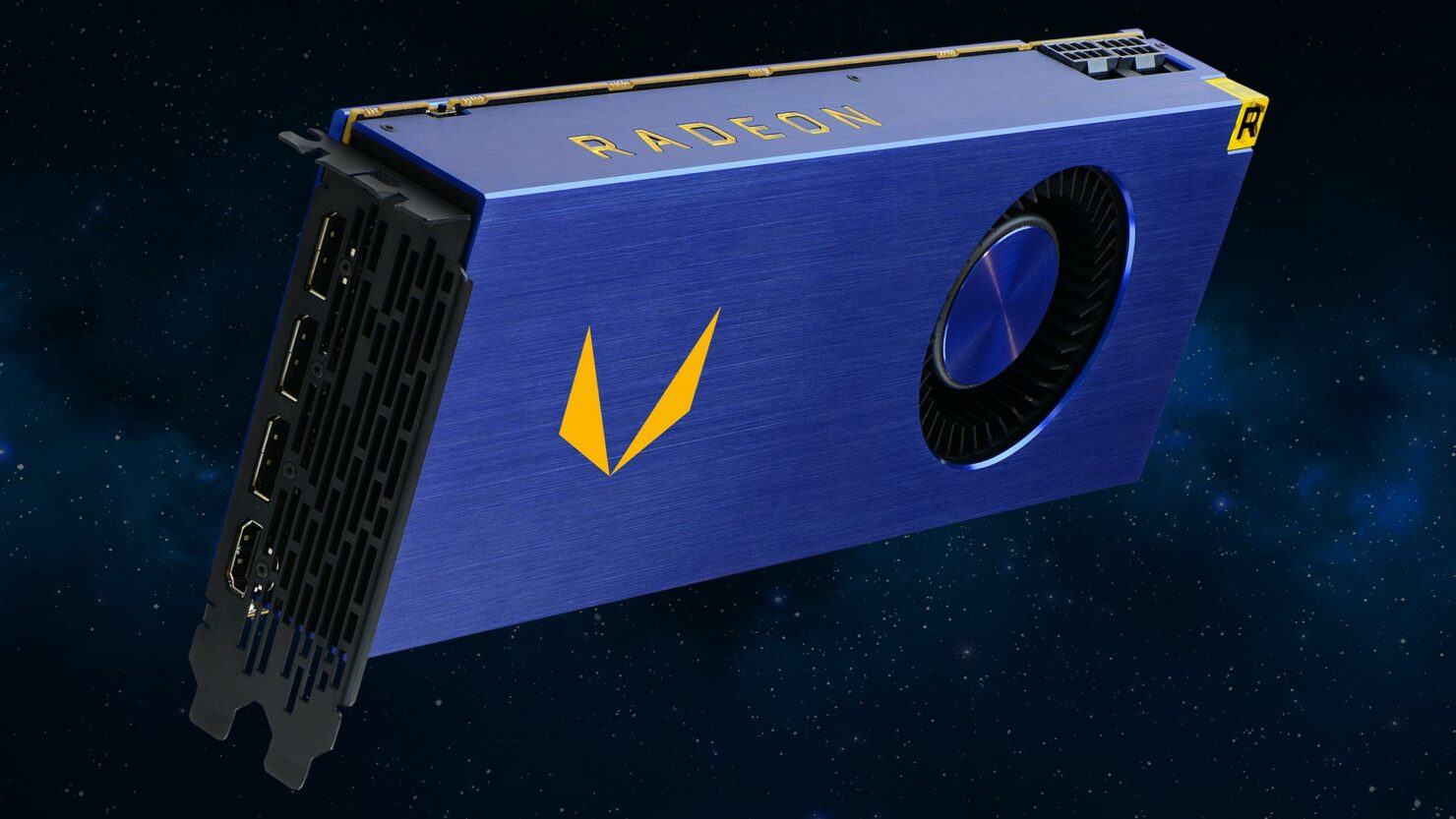 The AMD Radeon Vega Frontier Edition has been released since yesterday and is available at retail outlets. AMD has listed the official price of the card at $1000 US for the air and $1400 US for the liquid cooled variant. So, it's easy to tell that the Vega Frontier Edition isn't a cheap card and it's also not designed entirely for gaming purposes. AMD has stated multiple times that Radeon Vega Frontier edition is built for professionals and workstation users. While the card can run gaming as it ships with a customized driver that supports both Radeon Pro and Gaming Mode, the card is not fully optimized for gaming applications and users will have to wait for the Radeon RX Vega cards that launch at Siggraph 2017. 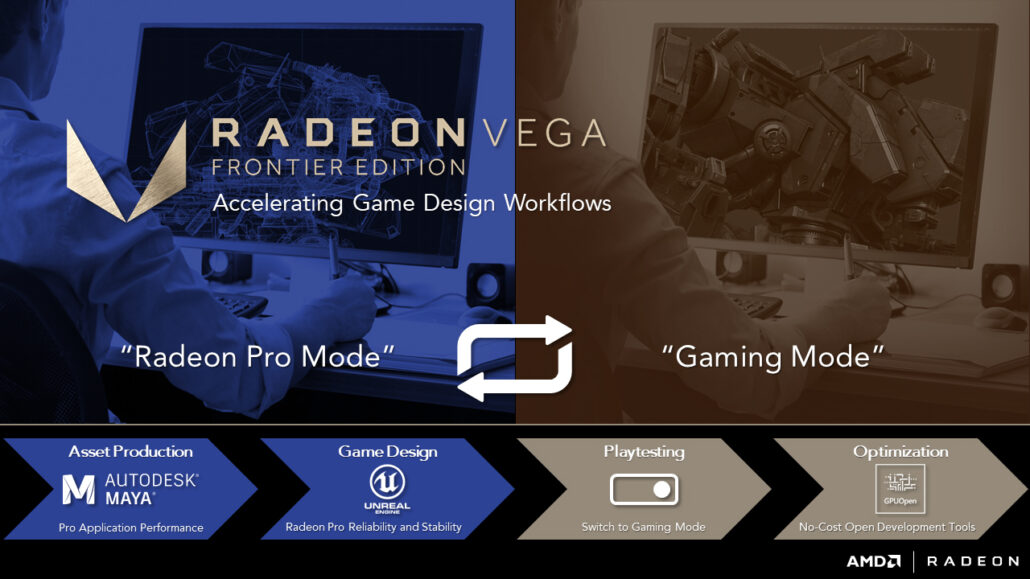 To playtest and optimize the gaming experience, the exclusive ability of the Radeon™ Vega Frontier Edition to switch from Radeon™ Pro Settings to Radeon™ Settings and back with a couple of clicks enables rapid switching between software features for faster iteration during development workflows.

When in “Gaming Mode” the full suite of gaming features of Radeon™ Software are made available, including Radeon™ Chill 5 and Radeon™ WattMan 6.

Game developers can also use the wealth of no-cost open development tools and software found on GPUOpen.com to optimize their next-generation gaming experiences for the pinnacle of AMD graphics technology. via AMD

The Radeon Vega Frontier edition was officially planned for launch on 27th of June. In terms of specifications, the card comes with 4096 stream processors clocked at 1382 MHz base and 1600 MHz boost to deliver 13 TFLOPs of FP32 and 25 TFLOPs of FP16 compute performance. There’s also 16 GB of HBM2 VRAM which comes in two stacks (8 GB per stack). The graphics card has a total rated bandwidth of 483 GB/s which is lower than the 512 GB/s on Fiji. It also features a pixel fill rate of 90 GPixels/s.

AMD Radeon Vega Frontier edition will be available in June in two variants. One will be an air cooled model which comes in a nice blue industrial texture with a glowing yellow “R” emblem placed in the corner. The whole card is powered by a dual 8-pin connector configuration which confirms a TDP of around 300W.

The air cooled model looks really nice with a blue colored, brushed metallic shroud along with a glowing "R" logo on the corner. The card features dual 8-pin connectors and has the DIP switches on the back which can be accessed to change colors of the GPU Tach LEDs that are located on the power connectors. The card is cooled by a single blower fan and is much larger in terms of length compared to a card like the Radeon RX 480. The card is much thicker than the NVIDIA Titan Xp and packs a single HDMI and three DP outputs.

For testing, Klaudius used an Intel Core i7-4790K system running on an ASUS Maximus VII Impact motherboard with 16 GB of DDR3 ram and an Samsung 850 EVO SSD for the Windows 10 OS. The system was running the AMD Radeon Vega Frontier edition optimized drivers which allow switching between Pro and Gaming Mode. 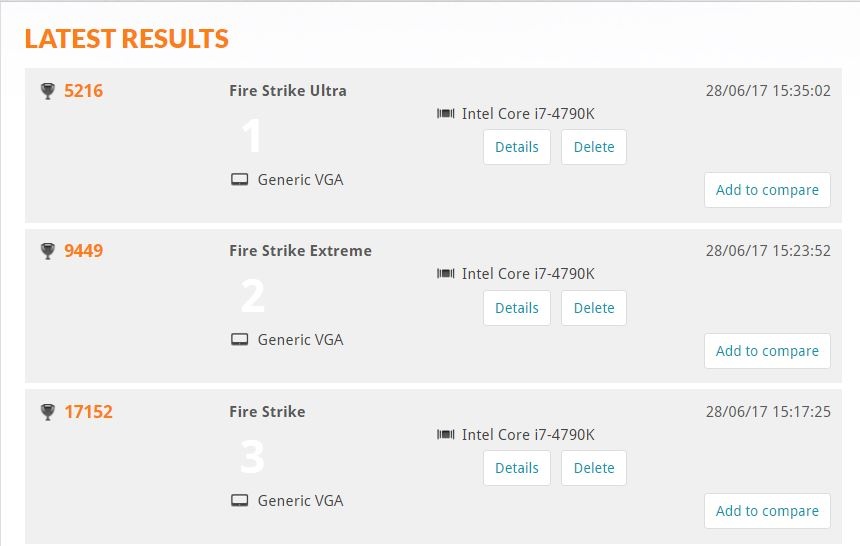 One thing to note is that the system was supplied power through a 550W PSU which is totally not recommended for a system with a graphics card with a rated TDP of 300W but it ran the benchmark without any problem, but could affect clock speeds. 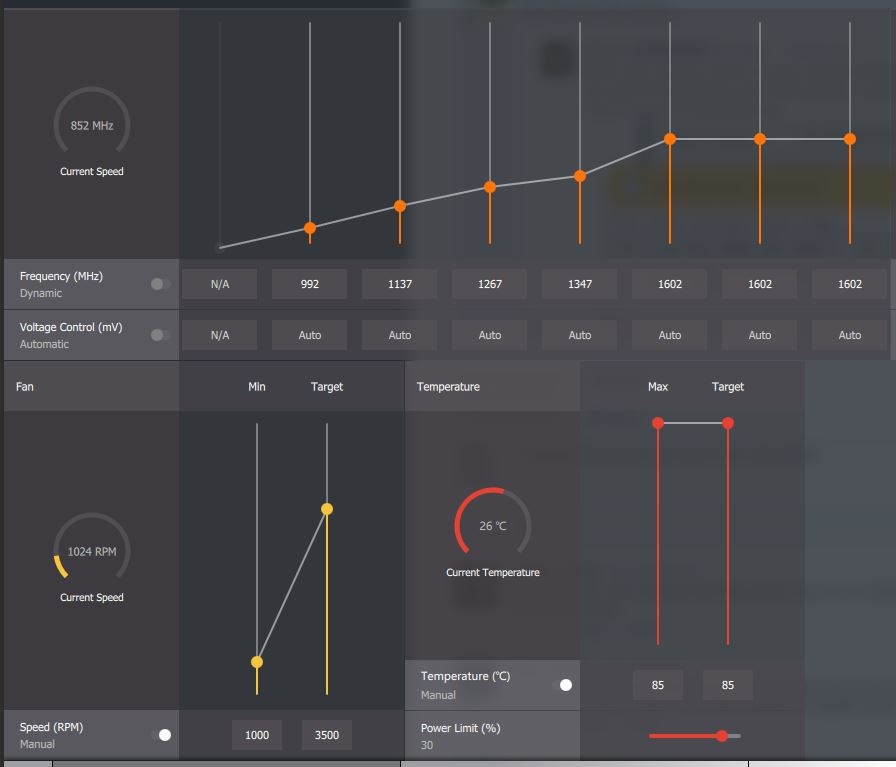 Note - GPU-Z isn't yet updated for the Radeon Vega Frontier edition and hence isn't correctly reading the specifications of this card. Micron has no HBM2 memory under production which is also falsely listed.

For now, the graphics card has been tested in 3DMark Firestrike and scores 17,313 points in the benchmark which is comparable to a NVIDIA GeForce GTX 1080 graphics card. Even the Maxwell based GeForce GTX Titan X is faster if we are to compare scores of reference cards with older GPU drivers. 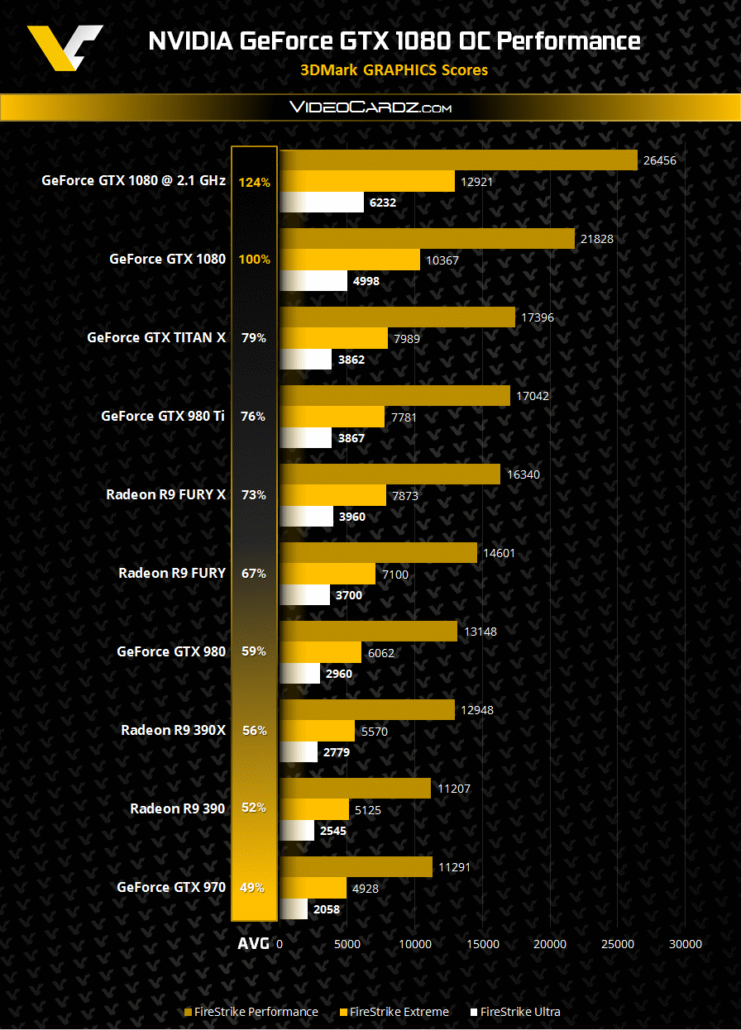 Klaudius (#define) has exclusively shared with us even more benchmarks of the Radeon Vega Frontier edition. The tests were performed with the Core i7-4790K overclocked to 4.4 GHz and results are posted in the screenshots below: 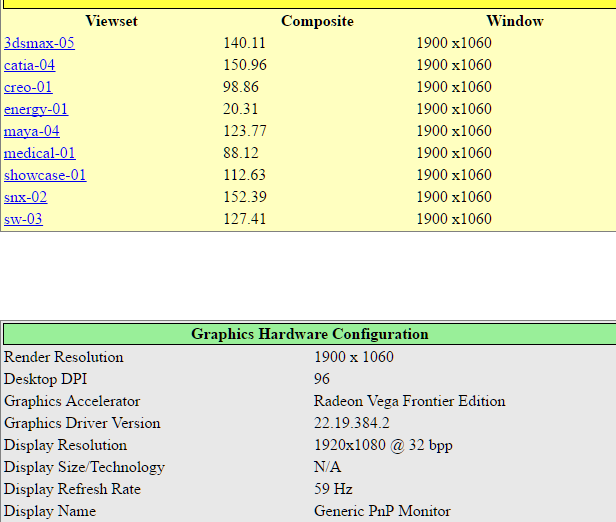 If we were to compare these results to NVIDIA's Quadro solutions, then we will find that the card falls somewhere between the last generation Quadro M6000 (Full Maxwell GM200) and the current generation Quadro P5000 (Full Pascal GP104). You can compare the results of the Radeon Vega FE with these cards from the following charts which HotHardware posted in their detailed P6000 card review.

A YouTube user by the name of Jerico Jerico has uploaded videos where he has has unboxed and tested the AMD Radeon Vega Frontier Edition graphics card. You can see the tests being performed in various benchmarks and the clock rates are also shown for the card itself. 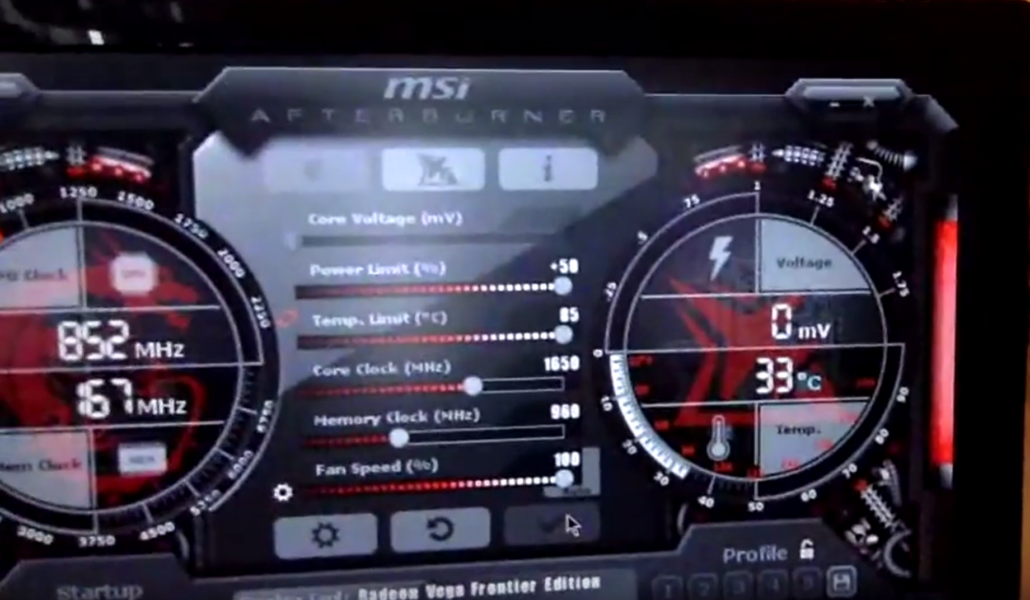 What's surprising about these tests is that the graphics card was also overclocked to 1650 MHz on the core and 960 MHz on the memory allowing which has been stated as the maximum stable overclock for this card. The power limit was increased to +50 while the temp limit was increased to 85C. The fan speed was also configured to operate at 100%. With such settings, the card reached a temperature of 80C in an open air bench. You can see the video below:

The user also tested the card in mining and it achieved a hash rate of 29-33 MH/s with overclocked settings. 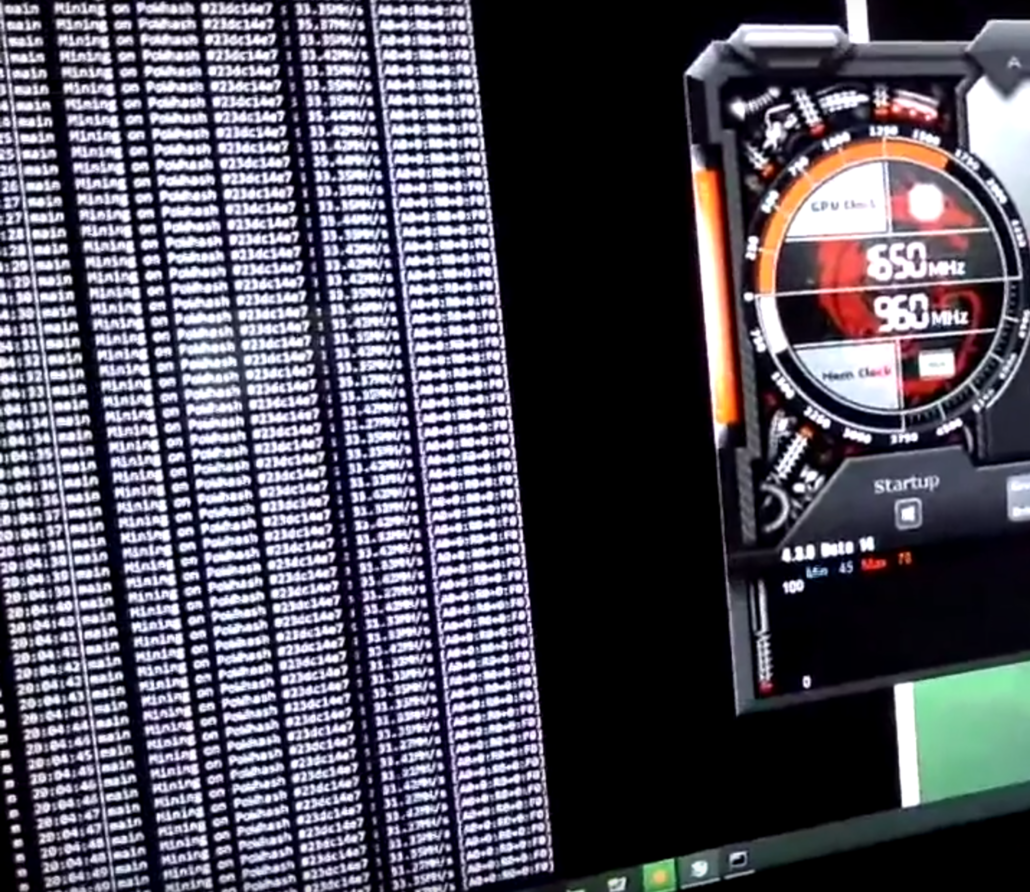 We can expect more benchmarks from Klaudius as he tests his card in various other performance benchmarks so stay tuned as we will be updating this article.