In case you're unaware, AMD's technical lead at Radeon Technologies Group Robert Hallock is currently conducting an AMA - Ask Me Anything - at reddit.  The AMA started at 10 AM central time and will continue until 5 PM today, March 3rd. 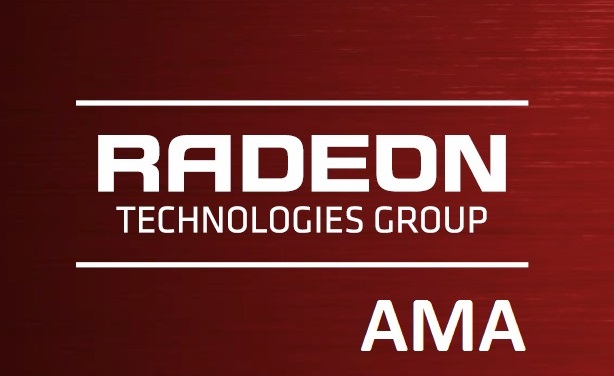 For your convenience we'll be live-blogging the event, relaying Robert's answers to you and the questions to which they've been given. If you want to check out the AMA over at reddit to ask a question you can do so by visiting the /r/amd subreddit or following this link which will take you there directly.

[2016-03-03 - 5:20 PM Central Time ]
The AMA/Q&A session just came to a close. Below you'll find all the questions that Robert has answered and their respective answers in their entirety. Get ready, there are over 9000 words below to dig into.

Did moving to the 14nm FFet node after being stuck in 28nm planar transistor node present any significant challenges that were different from previous shrinks?

Every node has its little foibles, but I am not quite in a position where I can disclose the level of information you're probably looking for. I like keeping my job. 😉 However, we know that people are very interested in the process tech and we intend to publish a lot more information on the architecture and the process before Polaris parts arrive mid-2016. I know this isn't quite as good as getting an answer today, but I hope you can see we're thinking about questions like this already. 🙂

Can you discuss the yields on the Polaris dies right now?

I am not privy to yield information at AMD.

Did the recent earthquake in Taiwan affect the production schedule in any major way?

How did Mantle effect the development on DX12 besides catalyzing progress, was there a significant amount of Mantle going into the development of DX12 or was it just the philosophy of low CPU/Driver overheads?

I like to say that Mantle was influential. Microsoft was one of several parties that had access to the API specification, documentation and tools throughout Mantle's 3-year development cycle. We're glad Microsoft saw we were doing the right thing for PC graphics and decided to spin up the DX12 project; DX12 has been pretty great for performance and features.

Having each eye handled by a separate D-GPU would be of greatest benefit in VR, so is there going to be an increased focus on CrossFire and LiquidVR support in preparation for big VR launches?

This is something we're intensely interested in. LiquidVR SDK has a feature called Affinity Multi-GPU, which can allocate one GPU to each eye as you suggest. Certainly a single high-end GPU and/or dynamic fidelity can make for a good VR experience, but there are gamers who want unequivocally the best experience, and LVR AMGPU accomplishes that. As a recent good sign of adoption, the SteamVR Performance Test uses our affinity multi-GPU tech to support mGPU VR for Radeon, whereas SLI configs are not supported.

With all due respect to Tizaki, he was erroneous in placing dual Fury on the list of kosher topics. I am not in a position where I can discuss that product.

In regards to Polaris can you discuss any of the GPUs we could be seeing sometime in the near future, like the Fury and FuryX successor, are we going to see a low profile card like the Nano again?

We will discuss specific SKUs and form factors when Polaris launches mid-year.

Is there anything you can disclose about GPUOpen tools being deployed in games that are in development, or even some of the interesting application people are trying to make using the compute tools?

As far as FreeSync monitors, do you see an increased adoption of FreeSync technology from monitor and panel manufacturers because of HDMI support?

HDMI support is directly responsible for expanding the list of FreeSync-enabled monitors from 30 to 40 overnight. HDMI is the world's most common display interface, and there's a huge industry economy of scale built around it, especially at the mainstream end of the market where users with modest GPUs are correspondingly most in need of adaptive refresh rates. Porting FreeSync to HDMI was highly requested by our display partners.