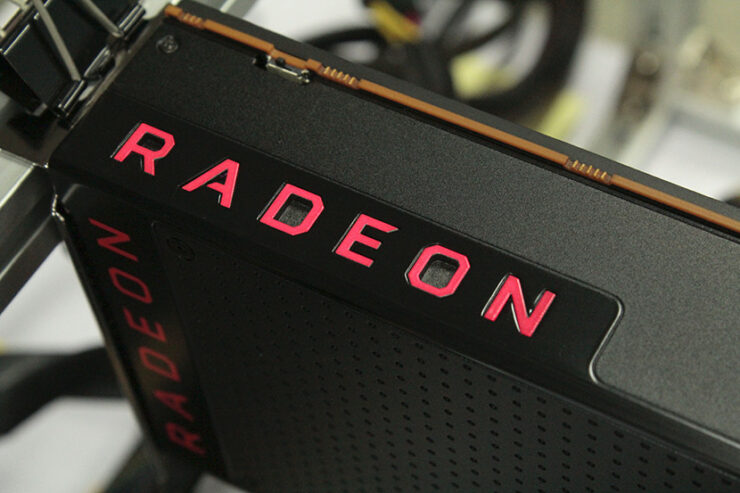 AMD Radeon RX Vega graphics cards launched earlier this month and while they are focused solely at gamers, it seems like miners and content developers are the actual segments that are more interested in the new cards giving gamers a hard time to get their hands on AMD's latest flagship graphics card after more than two years worth of wait.

DigiTimes: AMD Radeon RX Vega and Other Vega Based Cards To Face Shortages Till Q4 2017

The mining craze is one thing and that affected AMD's entire line of GPUs ranging from Polaris and Vega. But the Vega graphics cards in general are not only under the sight of gamers, even content developers are eyeing these cards as a better option over the Vega Frontier Edition which costs up to twice as much. The issue however is that AMD Vega graphics cards have such a low quantity to begin with that they are bought out as soon as they are restocked on store shelves.

Due to limited retail quantities, the prices are being inflated and there is little probability that you will be able to buy RX Vega cards at the suggested retail prices which were never met after launch. The Radeon RX Vega 64 cards are going around for $599 - $799 US range and that is for the reference air cooled variants. It is being pointed by some sources that retailers are to blame for the higher prices but retailers aren't getting a quantity big enough to support demand and AMD hasn't shipped out enough RX Vega cards which means that not only is there a huge shortage but the units that are available have prices inflated.

“Part of the reason thats its taken us a little longer to launch Vega – I’ll be honest about that – is that we wanted to make sure we’re launching with good volume. We have to compensate — for things like coin miners as they are going to want to get their hands on these. So we believe that we are launching with a volume that will ensure that gamers can get their hands on them. Thats what is important to us.” via HardOCP

However, our source familiar with the matter has already provided us with an explanation behind the launch day screw up:

.... This was slightly surprising considering that AMD had previously stated that one of the reasons for delaying Vega was so they could accumulate a good quantity of launch supply. The reason as it turns out had less to do with an inadequate supply of GPUs and more to do with logistical problems the shipments ran into.

Our source told us that ‘tens and thousands of Vega GPUs were shipped out’ yet they appear to have run into unforeseen delays which meant that only a fraction of the available quantity was up for sale when the launch window opened. This problem will be quickly remedied and the entire stock should be up for grabs within this week. In fact, the card has already been restocked at Newegg and Amazon, albeit at the $599 price point (Amazon’s dynamic pricing algo has already taken it above the $700 mark).

With mining heavily skewing demand, it is not really surprising to see such inflated pricing considering that retailers have no incentive to sell Vega 64 close to the MSRP (if customers are willing to buy the RX Vega 64 at these high prices then they will naturally sell it at those). This situation is similar to what we saw during the launch of the GTX 1070 and GTX 1080 when prices went upwards of $800 due to overwhelming demand.  Full Story.

Further pointed out by Digitimes, their report alleges that the shortage on RX Vega cards can last till October. They don't say whether the supply will return to a normal state but do tell that we can expect to see Vega selling close to the suggested retail prices. In short, the Radeon RX Vega launch has been sort of a mix. While AMD managed to close the gap in terms of performance versus the GTX 1080 and GTX 1070, their claims of delivering a much more power efficient GPU architecture is yet to be seen and we are still getting a year old performance for higher prices and higher power draw. The Radeon RX Vega 64 custom variants are said to arrive in September so we can expect a few issues related to cooling and performance getting fine tuned.