AMD Radeon RX Vega 64 May Be The Most Incredible Mining GPU Ever Created With Almost 100 MH/s in Ethereum, But Is That Good For Gamers 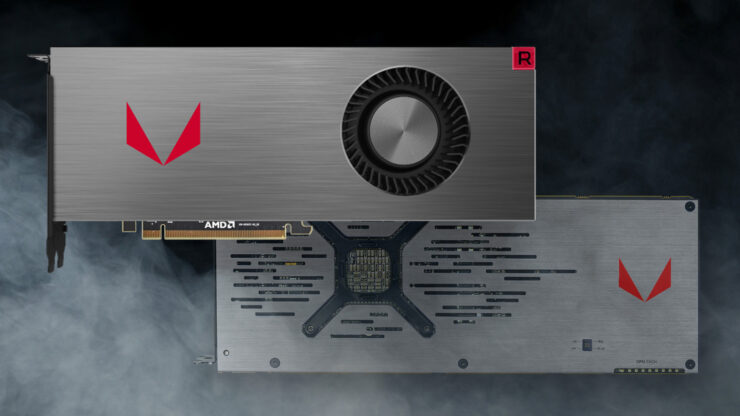 It looks like AMD's recently announced Radeon RX Vega 64 graphics cards will be the ultimate cards for mining as reported by Videocardz. While this may sound great to miners, it doesn't bode well for gamers.

The report comes straight from Gibbo over at OCUK who was told the mining rate on the new RX Vega cards. It was stated that the Radeon RX Vega produces 70-100 MH/s rate which is superb as mentioned to him by an AIB partner. Following is the quote:

Trying to devise some kind of plan so gamers can get them at MSRP without the miners wiping all the stock out within 5 minutes of product going live. via OCUK

Now starting off with the mining performance, it sounds really good. Right now, the GeForce GTX 1080 Ti delivers the fastest mining performance of over 31 MH/s but price and wattage figures are not that great when compared to cards such as RX 580 and GTX 1060. Now looking at the Radeon RX Vega 64 which would cost as low as $499 US and produce at least twice the mining rate, you can see that the performance to value figures are looking really great.

Aiding in computation with Vega NGCU is added support for over 40 new ISA instructions that take advantage also of the increased IPC over Polaris. Here's the thing - some of these are very relevant to GPU mining. Need I say more on where this goes? AMD estimates a single NGCU to be able to handle as many as 512 simultaneous 8-bit operations. via Techpowerup

AMD's Radeon Vega Frontier Edition also feature mining performance similar to the GeForce GTX 1080 Ti so it can be seen that additional features were activated on the RX Vega 'Gaming' cards that allow for faster GPU mining performance.

Radeon RX Vega Will Be Good For AMD and Miners, Not So Great For Gamers

Having great mining performance on Radeon RX Vega may be great for AMD in terms of financials as they will be able to sell most of their stock within a short time. However, when it comes to the actual purpose of RX Vega, the mining craze may mark a negative impact on AMD. The Radeon RX Vega graphics cards were specifically produced for gamers and the mining craze would hit gamers hard.

AMD stated in a video that the reason to delay Radeon RX Vega so much in the first place was to produce a good volume for launch. If Radeon RX Vega does pack such good mining performance, then gamers should expect to see the cards out of stock within minutes of them going on sale on 14th August. There are some steps taken to prevent the mining audience from purchasing these cards such as Radeon Packs but I personally believe they won't affect the sales numbers at all. If stock dries up really soon, we can see an imminent shortage of Radeon RX Vega cards which will result in price inflation across the boards at the retailer end.

Secondly, mining cards have a very high return rate and that would mean that all the used cards will have gone through brute loading which can affect GPU performance and that in return, the product warranty. It is stated by Videocardz that some AIBs plan to ship mining specific cards for cryptocurrency with shorter warranties, however that is only applicable in APAC (Asia Pacific) region based markets. So the bulk of miners in US and UK will still be buying the Radeon RX Vega cards that are purposefully designed for gaming applications.

Overall, we can hope that AMD devises a plan to limit miners from purchasing RX Vega cards but in all honesty, AMD is a company and they would want to sell as many Vega GPUs as possible. Even Radeon RX 500 series sold really well among miners as compared to gamers and AMD didn't stop them. If that remains the same with Vega, we can expect an empty stock and higher prices for the gamers out there who only waited for Vega for so long just so miners can get their hands on them first. Of course this is all just a rumor at this point so we will keep you posted as more information becomes available.