AMD Vega 10 GPU Marketing Image For WWDC17 Was Not A Die Shot – No Info on Die Size Available, First Gaming Cards Still Months Away From Launch 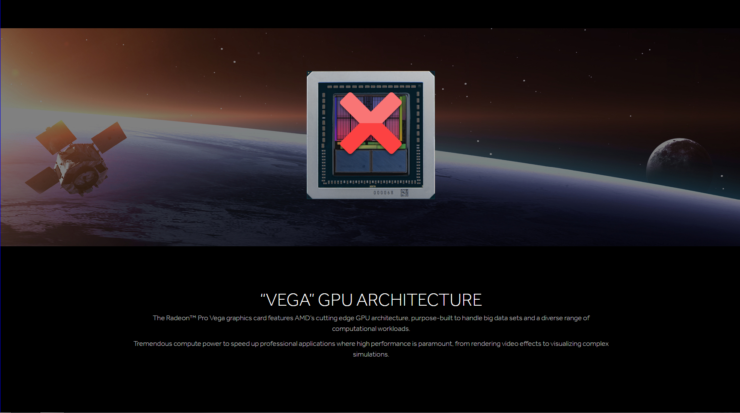 Update - The article has been updated on the request of AMD. As stated previously in the article, the marketing image presented by AMD was not a die shot and just a marketing stunt by RTG for display at Apple's WWDC17.

Yesterday, AMD revealed the first picture of their Vega 10 graphics chip which will debut later this month. Many sites allegedly called it a die shot but AMD has confirmed that they haven't released a die shot of their upcoming graphics chip to date.

The Vega 10 GPU picture which was released at WWDC17 isn't a die shot but rather a marketing image cropped over the Vega chip. Many sites have alleged it to be a die shot of AMD's fastest GPU since Fiji at Apple's WWDC 17. The Vega GPU will be putting AMD back in the high-end, enthusiast market with fast graphics cards that deliver increased performance and higher efficiency compared to older 28nm parts. Based on the 14nm FinFET architecture, Vega will feature a range of new technologies, some of which include HBM2 and HBCC.

The news comes straight from Scott Wasson who's the senior manager of product marketing at AMD (Previously Editor in Chief at The Tech Report). Scott mentions over at his twitter feed that the die shot was not real. He also mentioned that AMD has not released any specifics of die size so all information that is currently roaming the internet is speculation at best.

Well to be honest, the image isn't even a die shot to begin with and that was the original intention of this article to report the misinterpretation by several media outlets calling it as such. There's a difference between a block diagram and die shot. The picture shown on the Vega chip is closer to a block diagram rather than a die shot. It's also worth noting that this isn't the first time an Apple event discussing AMD tech has faked marketing material. 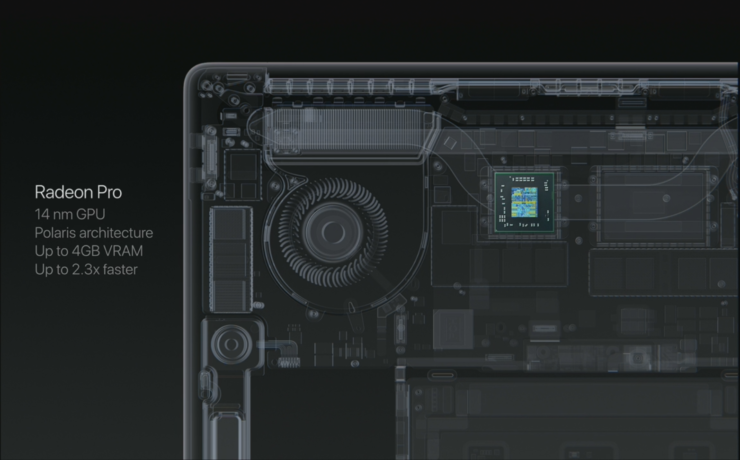 Here, you can see a Radeon Pro GPU inside the latest Macbook Pro which is powered by Intel's Skylake architecture. Wait What???

Last year, Apple announced their Macbook Pro with AMD Polaris GPUs. It was seen in one of the marketing slides that Apple did a very bad job of copy/paste over the GPU die of Polaris. If you look closely, you will see an Intel Skylake die shot shopped over the Polaris GPU which looks really unprofessional.

Everything mentioned about Vega aside from the faked block diagram was reiteration of all the things we know about Vega till know. There's no new information on Vega at the moment and it seems like the wait keeps on going as we wait for the first gaming Vega graphics card to arrive in August of 2017 which is two months away.