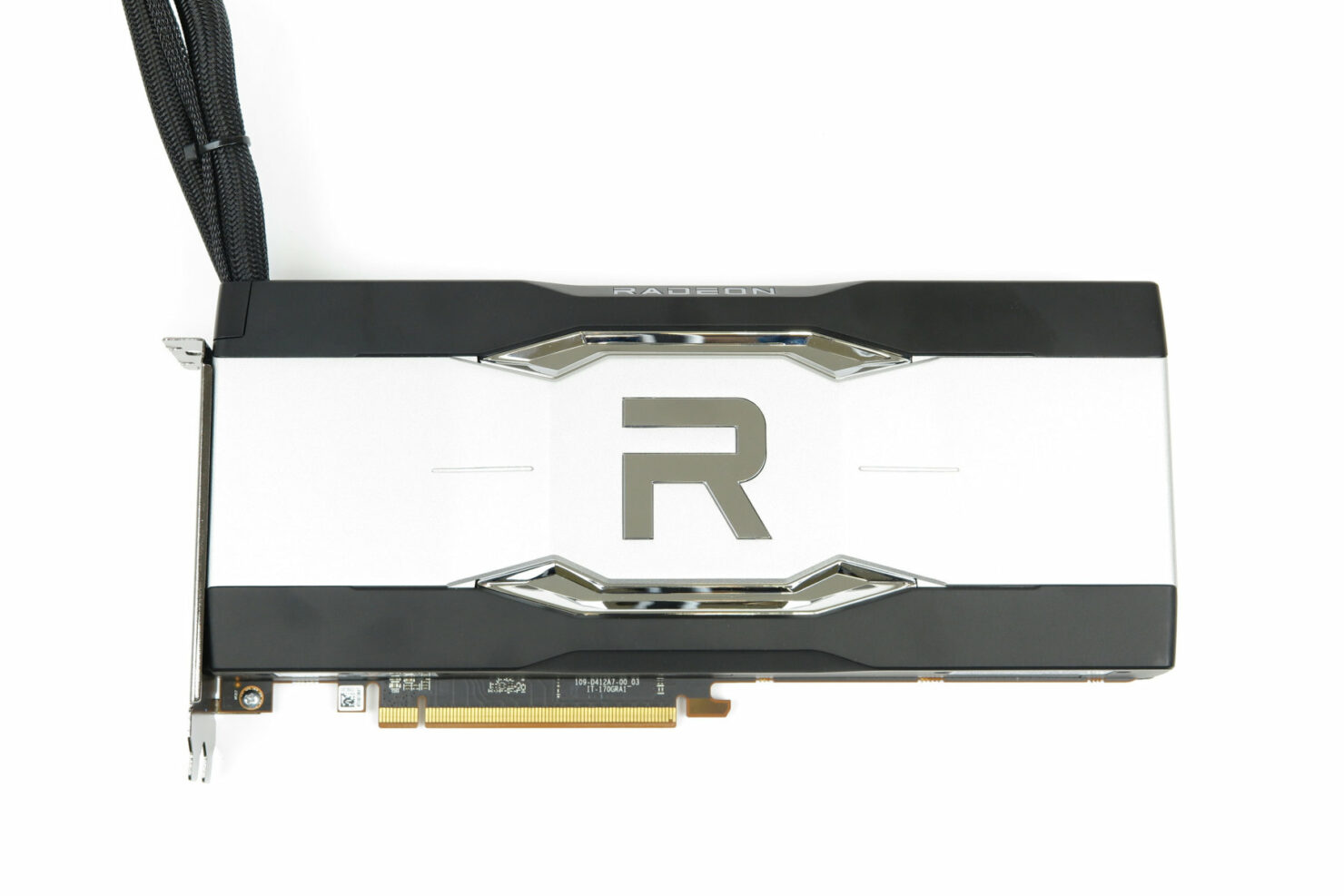 The AMD Radeon RX 6900 XT LC is the top Radeon graphics card -- but you can only get it through an OEM or a system integrator. It is impossible to purchase alone. AMD has no intention of currently offering it for sale through any website -- even their own online store. AMD has yet to respond to any outlet as to the reasoning for not offering the GPU by itself.

However, PC Games Hardware were able to find and receive the RX 6900 XT LC. But, it was no easy task for them. PCGH purchased an entire system designed by Dubaro that included the graphics card. After receiving the system, they promptly removed the graphics card and necessary components and placed it their own system for testing.

The AMD Radeon RX 6900 XT LC has an AIO (all-in-one) liquid cooling system created by Asetek, which allows for more efficiency with pushing the limits of what the card can process. Due to the liquid cooling system connected to the graphics card, it continues to run at all times, including during multimedia content or while the system is idle, which is different than an air cooling system, which fluctuates as it determines what is being processed at the time. The temperature of the GPU unit increased from 140° F (60° C) to 173° F (80° C) when the graphics processor is pushed to utilizing 284 watts at one point.

In comparison to other graphics cards on the market, the reviewer at PCGH states that the RX 6900 XT LC compares (at times) with NVIDIA GeForce RTX 3080 Ti, dependent on rastering or ray tracing occurrences during gameplay.