AMD Radeon RX 480 Going for an Absolute Steal of a Price, But It’s Just for Today 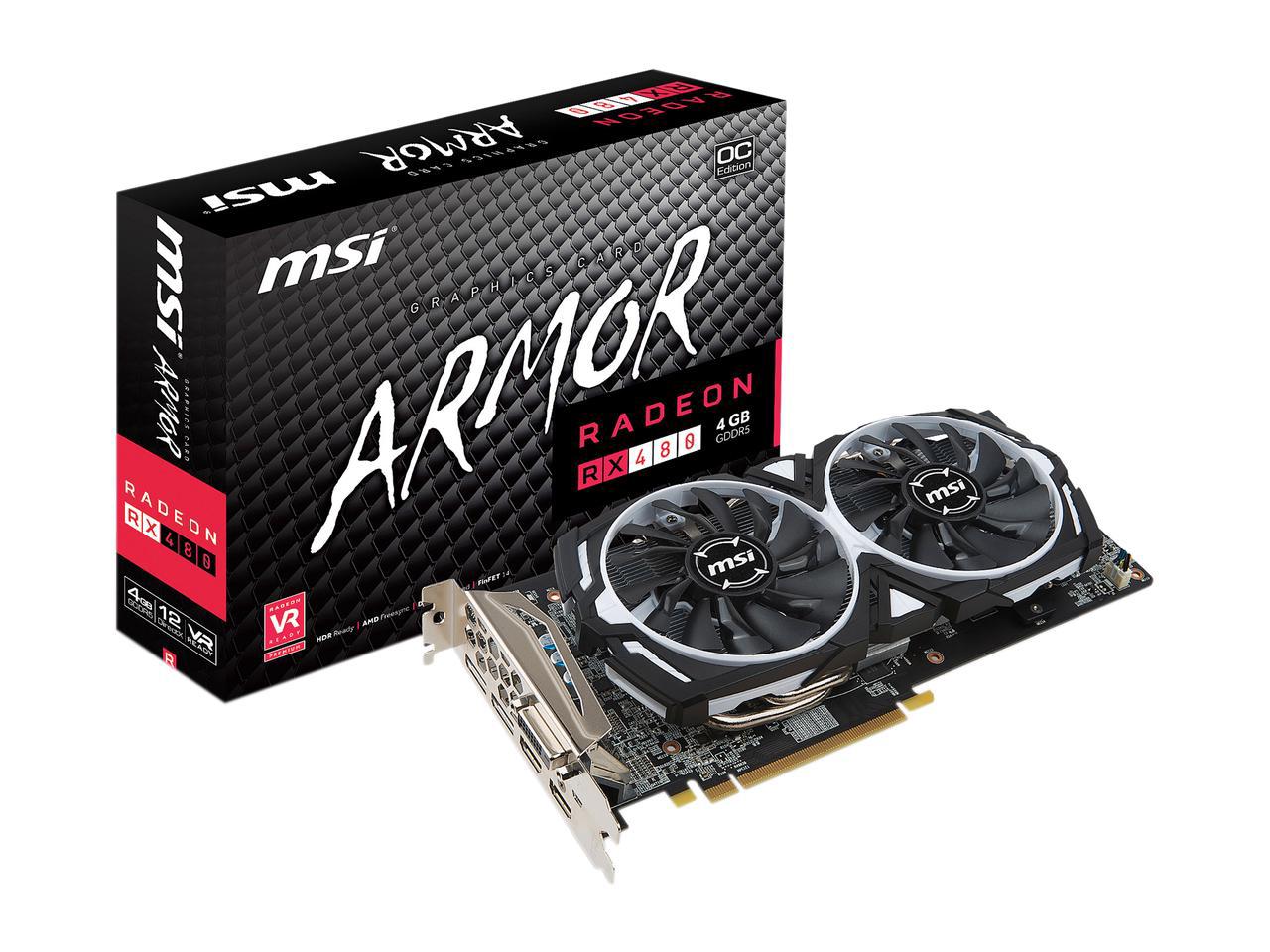 The popularity of AMD’s RX 480 was such that the GPU became unavailable at online shops just a few days after it was listed on them. Now, the graphics card has shown up on Newegg again, and gamers can snag themselves a killer deal, but they will have to come up with a purchasing decision real quick because the deal is going to last for just a couple of hours.

MSI’s RX 480 ARMOR has found itself on Newegg and for the price of just $160, you can be the proud owner of an actual VR-ready GPU. Titles being played in VR mode require a mammoth amount of system resources, particularly those from the GPU and the fact that AMD has introduced one of the most impressive price-performance ratio graphic cards for your desktop system is really impressive. However, there are a few things that you will have to note down before you come to a purchasing decision.

One, the GPU features 4GB of GDRR5 video memory, meaning that you will not be able to immerse yourself in demanding titles at higher resolutions, though for systems that are running games at 1080p, this will definitely be the perfect upgrade for those that are not eager to make a monumental GPU upgrade. In addition, the $159.99 price tag will only be granted after the rebate process. Another thing that you will have to note down is that while stumbling upon this deal, a total of six hours remain for this particular offer to expire, so you will have to rapid quick with your purchasing decision.

If you have $160 to spare and want to invest it in your rig for gaming purposes, then there is no better deal than this one right now. Though you’ll be held back from playing at higher resolutions, RX 480 is definitely a GPU to upgrade to.