Update: We have confirmation that AMD is calling the Fiji flagships, Fury X and Fury internally. However, internal nomenclature does not necessarily equate to commercial nomenclature - so the rumor tag stays.

Before you continue reading this article, please notice the rumor tag on top and and the implication that goes with it. The tech publication Tweaktown.com has exclusively revealed the naming nomenclature for AMD's upcoming GPUs. If the information is true, then we finally know exactly what the Fiji GPUs will be called along with their place in the Radeon hierarchy. 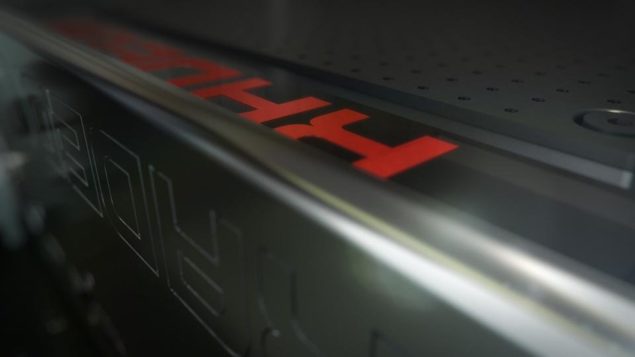 The report by Tweaktown is actually pretty straightforward. there will be two classifications of the Fiji die. The Fiji XT (uncut) die and Fiji PRO (cut). Both classifications will have 4GB of HBM memory however, Fiji XT will be a reference water-cooled card.  This means that AIBs will not be allowed to make any modifications to the design and will look exactly like the picture of Fiji we exclusively leaked a while back. Featuring a closed loop AIO cooler, the Fiji XT GPU will feature in the AMD Radeon R9 Fury 'X' GPU. Now some of you might remember our piece on AMD setting up a Titan-equivalent branding and this seems to be on-point, right down to the "X" nomenclature.

Ofcourse, this is still not confirmed and to be honest "Fury X" sounds a bit too close to "TITAN-X". The report further states that the cut Fiji PRO GPU will be featured in the Radeon R9 Fury Graphic Card and this particular iteration will have multiple AIB variants. Powerful triple slot cooler is something that our readers should expect with the Fury lineup of cards. Finally, there is some speculation on price point of Fury as well - although because of its ephemeral nature, commentary is hard. It is worth pointing out however, that AMD originally planned (read: probably no longer does) to launch the Fiji XT GPU at the $849 price point - however, considering the price tag that the GTX 980 Ti rocks - they might be doing some serious rethinking right about now.

What we are looking at is most probably the internal nomenclature that is used by the company. As such, even if this report is true - the final name given to the product might  not be the same as this. We will update the post as soon as we get confirmation on either count. 'Fury X' at any rate, sounds like a decent enough name to me far as personal opinion goes.