Price cuts have recently graced the AMD R9 lineup, bringing the R9 290X to $399 and the R9 290 to $299 (the same price for GTX 980 and 970 respectively). However, something very contradictory was posted by Hilbert over at Guru3D today. Apparently, these price cuts are not official MSRP reductions, but rather an AIB introduced limited time promotion. 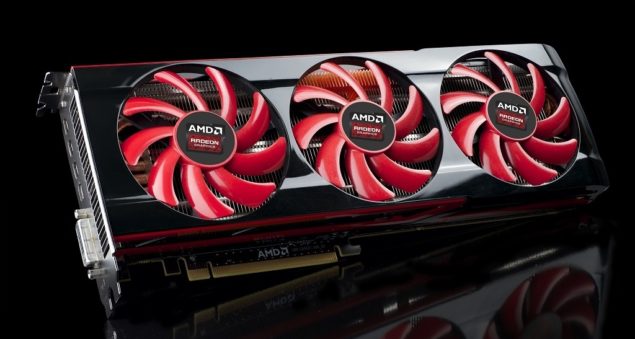 I have to say that the PC hardware scene is getting weirder by the day. Before I say go any further, here are the facts of the matter as conveyed by Guru3D. AMD states that the price drop of the R9 280, R9 285, R9 290 and R9 290X is not an actual (MSRP) price cut but rather "promotion from board and channel partners themselves, and ...for a limited time only". They further go on to state that the US 'Promotional' Price Cut is live while EU markets should follow shortly. In short: Board Partners took matters into their own hands when the GTX 980 and 970 were released, dropping the price at their discretion for an unknown but limited amount of time.

The approximate 'Promotional Prices' of the Radeon R9 series is as follows:

Basically, the top end Radeon R9 290X dropped from the $549 price point to a mere $399 with others in the lineup following suite. And you know what? I have a feeling something very, very technical is going on behind the curtains at Red I think. See, AMD has recently lost some momentum in its stock price, and contra-revenue tactics will just encourage bearish behavior of investors. However, they absolutely need to drive up demand since the new Maxwell prices completely and utterly undercut their old ones. But how do they do that without scaring away even more investors? The solution is of course to maintain the MSRP and state that the discounts are at the AIB's expense, not AMD's. This would result in increased demand while making sure that the contra-revenue policy doesn't reflect on them directly.

Either way, this is a really good opportunity to pick up Radeons because this 'Promotional Price Cut' won't last forever. There are also some complications with this plan. See, retailers can't work on loss-taking tactics in the long run, so this offer will only last till the stock lasts. After which, the price should go up again and the demand consequently, down. When this happens, AMD will have to roll out the R9 300 Series (Pirate Islands) asap or there could be some serious repercussions for the company.