The first thing I would like to mention is that the code names listed here, namely Ellesmere and Baffin are outdated and have been changed. They represent FinFET based (previously Arctic Islands) GPUs that were renamed when AMD shifted to the constellation based nomenclature. The fact that these have now started popping up in changelogs of AIDA64 and HWINFO means that the first engineering samples will soon be sent out. This is one of the last stages of prototyping and usually happens before or just after mass production begins. 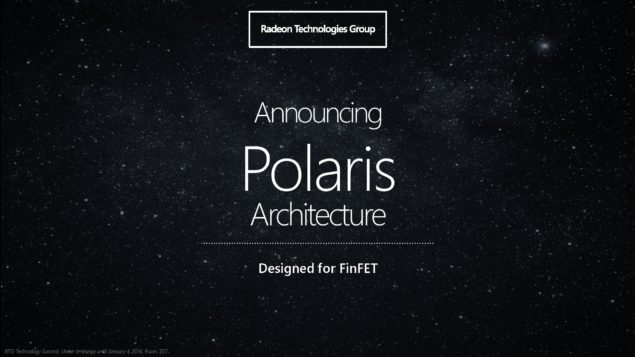 Change-logs of diagnostic tools like HWINFO add preliminary support after the manufacturer (AMD) sends them the PCI-e ID relevant to the new GPU (but not necessarily the code name!). The developers then update the codes according to the documentation that they have. This is why confirmations through change-logs are tricky to interpret and could result in a nonsensical cycle of interpretation (Devs update the code name of the PCI-E ID according to a leak, and the publications then take it as confirmation of the same).

In this case however, you might remember that we exclusively revealed these code names some month back. We already know that Greenland is also known as Vega 10. This implies that Ellesmere and Baffin have new code names as well - which we do not know at this point in time (but can certainly take a guess at). We also know that AMD has publicly announced two upcoming GPUs this year: Polaris 10 and Polaris 11. For those who aren't speculation averse, I have taken the liberty to take some logical guesses:

[Caution: Speculation] AMD's internal documentation that we had access to mentioned three upcoming GPUs. AMD has also publicly revealed two upcoming GPUs. We know that nomenclature is now in the shape of constellations and star systems. This brings me to the first obvious conclusion: we will see Ellesmere/Baffin under the Polaris nomenclature (this much is certain), the only question that remains is whether they constitute both or one of the SKUs.

Secondly, Vega is already a star system. In fact it is the brightest star in the constellation Lyra, and the 5th brightest star in the night sky. We also know that its previous code name was Greenland so it has already been converted from the Arctic Islands nomenclature. It also has the "10" suffix, which states its position in the lineup. This means that we can safely state the following about Vega 10:

Our original leak about Vega 10 predates the Polaris documentation - so it certainly is a possibility that Vega is simply the older name for Polaris - in which case it is one of the Polaris chips. The second possibility is much more interesting - not to mention makes a lot of sense. AMD will only be using star constellations for naming now on and we already know that its branding scheme will  have the "10" and "11" suffixes. It is possible that Vega is actually the nomenclature that stands to succeed Polaris, with Vega 10 being the first GPU to appear after the Polaris generation of cards. [/Caution: Speculation]