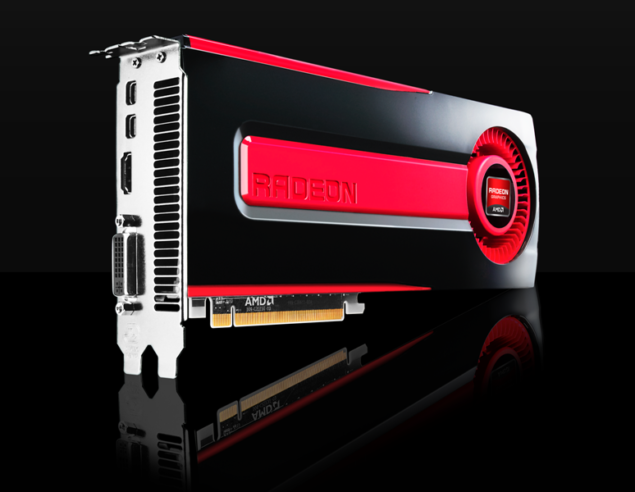 New picture's and Specs of AMD's Upcoming Southern Island based Radeon HD7970 GPU have been exposed. The picture's show the reference design along with the Liquid Cooling Chamber which will offer improved cooling performance over past Vapor Chambers.

The Reference design of the card is pretty simple, It features the Red/Black Theme Color and a Blower fan featuring an Improved fan blade design which allows for higher CFM while retaining low noise levels. The Liquid Chamber has also been exposed which features a central chamber surrounded by a dense aluminum heatsink and bigger than the Vapor Chamber Design. 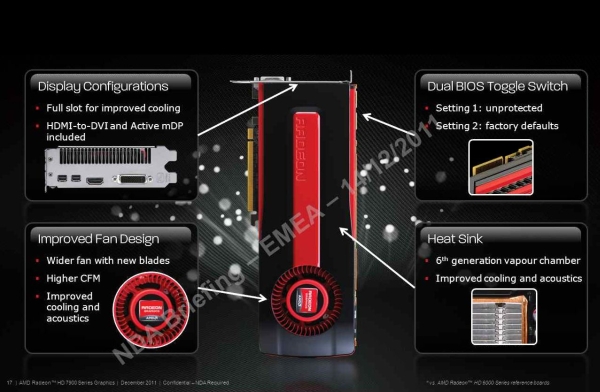 A newly revealed specs slide also shows that the 28nm Tahiti XT GPU would feature 2048 ALU's and a total transistor count of 4.31 Billion. GPU Core clock would be maintained at 925Mhz, We could see factory overclocked variants with 1000Mhz after the official launch.