AMD or should we say their add-in-board partners have released a new Radeon HD 7730 GPU which is based on the Cape Verde LE die. Its been a few days since manufacturers such as MSI, Sapphire, Powercolor and XFX had released their Radeon HD 7730 graphic cards and the first performance preview has appeared on 4Gamer.net.

The Radeon HD 7730 ws supposed to be limited to the APAC region but its availability has been extended to Europe by XFX. The card that was tested is from manufacturer MSI and is codenamed R7730-1GD5V1. The graphic card features 384 stream processors with 16 ROPs and 24 TMUs and is essentially a cut down variant of the Cape Verde GPU hence called "Cape Verde LE". Its still based on the new GCN architecture featuring four ACE modules and six compute units. The card comes with 1 GB and 2 GB VRAM running across a 128-bit GDDR5 interface. Clocks are maintained at 800 MHz for core and 4.5 GHz (1125 MHz) effective clock speed for memory. The memory pumps out a bandwidth of 72.0 GB/s and has a total power draw of 47W hence no need for a power connector.

The card being a low-end model has a short PCB design and features nothing fancy other than the propeller blade cooling solution from MSI. XFX, Powercolor, Sapphire have their own custom coolers equipped on the Radeon HD 7730. The performance is said to be 75% of a HD 7750 hence making it even slower than the GeForce GTX 640 DDR3 model, the GDDR5 model ends up faster. The card would be priced around $59 - $69 which makes sense of the performance since this would be aimed at HTPC or media solution builds.

As far as custom models are concerned, you can check them out below: 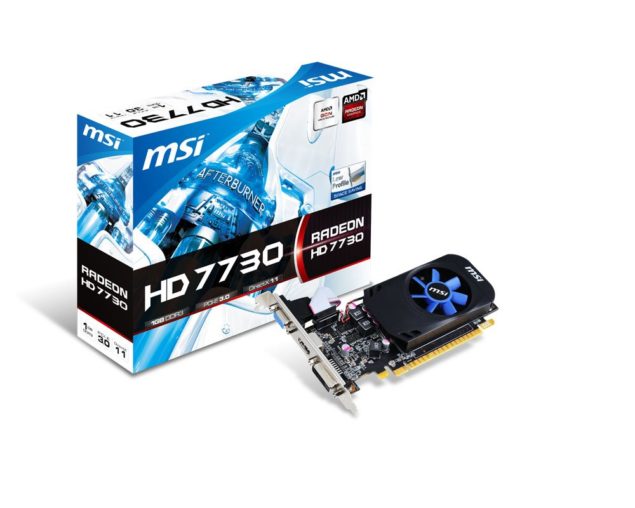 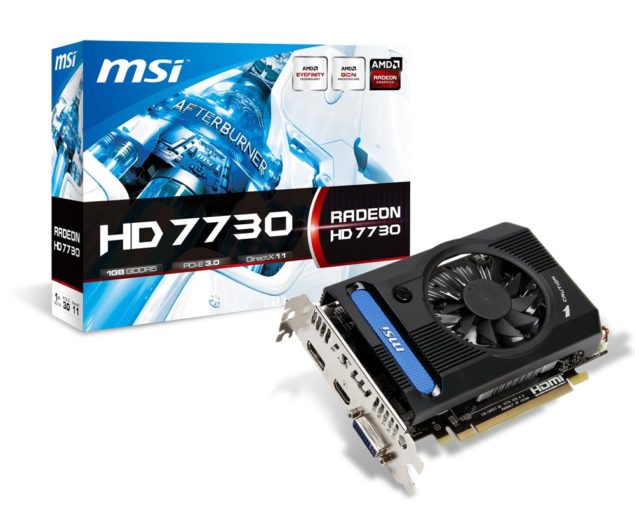 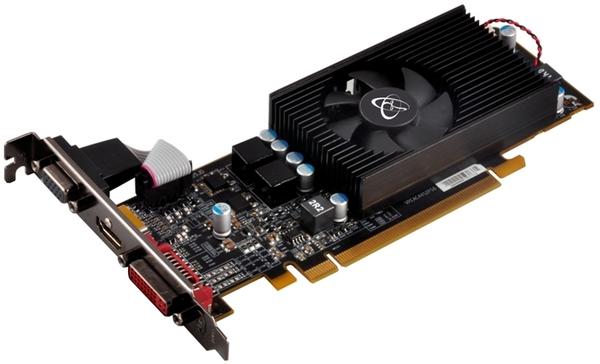 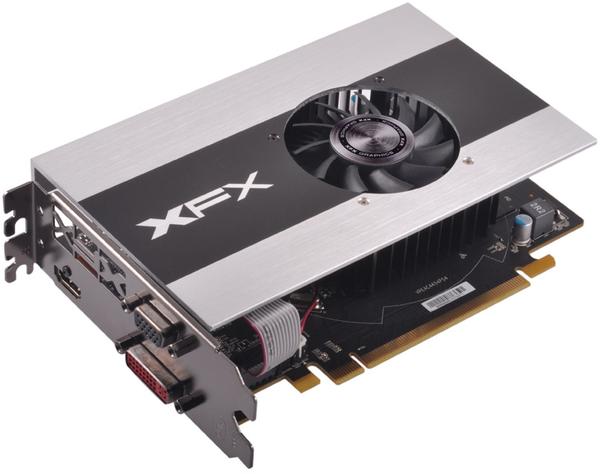 Images are courtesy of Overclockers.RU 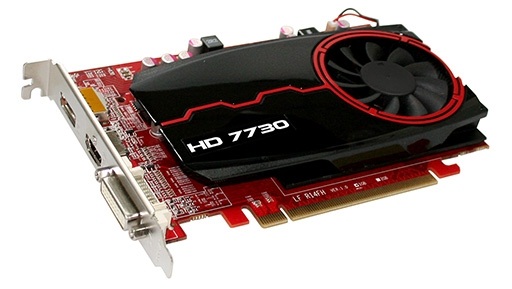 Nevertheless, you can check out the performance results in the charts below which are courtesy of 4Gamer.net!