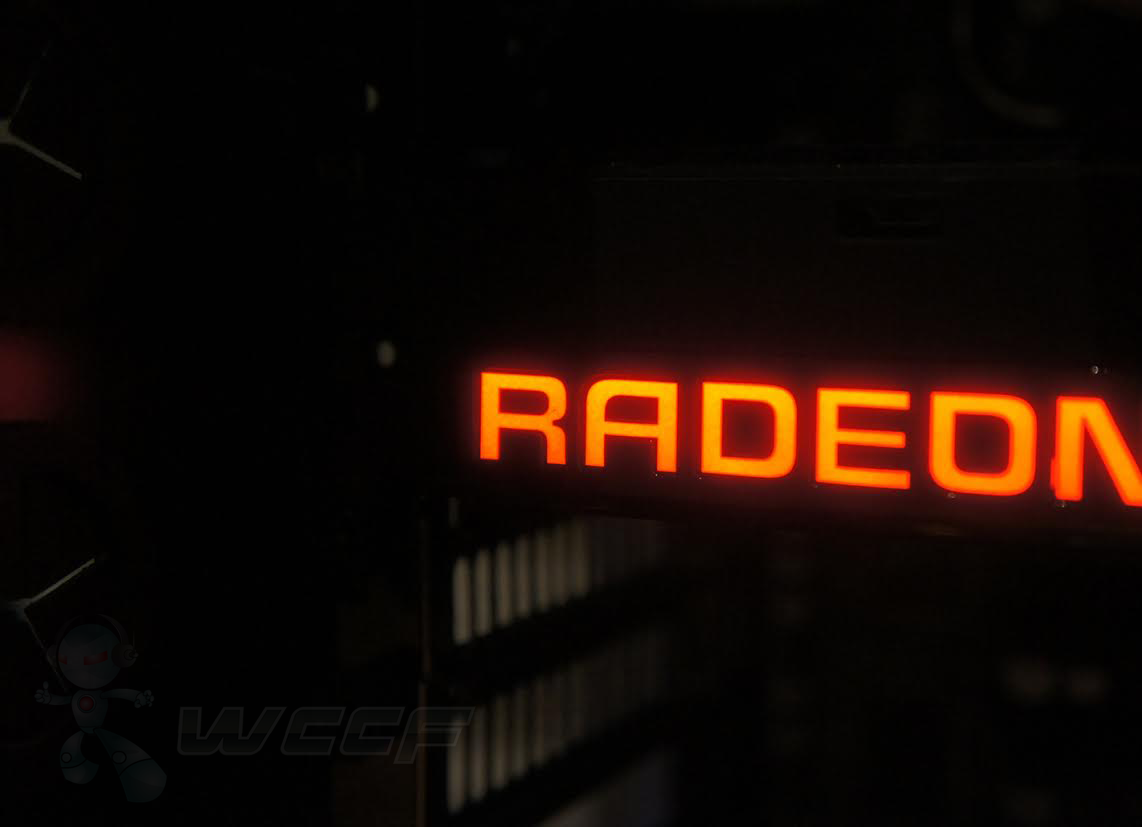 At this point we know pretty much everything about the upcoming arrivals from the red team.  Needless to say these newcomers will be AMD's fastest graphics chips to date. The Fiji GPU, both the XT and Pro variants, form the foundation of AMD's new ultra enthusiast "Fury" brand. There are several reasons as to why AMD decided to resurrect the "Fury" brand name with Fiji. Chief among which is that with Fiji AMD will be introducing the world's first GPU featuring 3D stacked High Bandwidth Memory, otherwise known as HBM. Another reason is the sheer performance of the chip, which AMD has proclaimed to be the fastest in the world. To crown these achievements AMD decided that a simple numerical product name will not do this chip justice and thus they brought back Fury.

Today we're sharing with you a few more photos of Fury showing off the back of the card as well as the led lit Radeon logo and the liquid cooling unit designed by Asetek. Something which we have exclusively pointed out many moons ago. 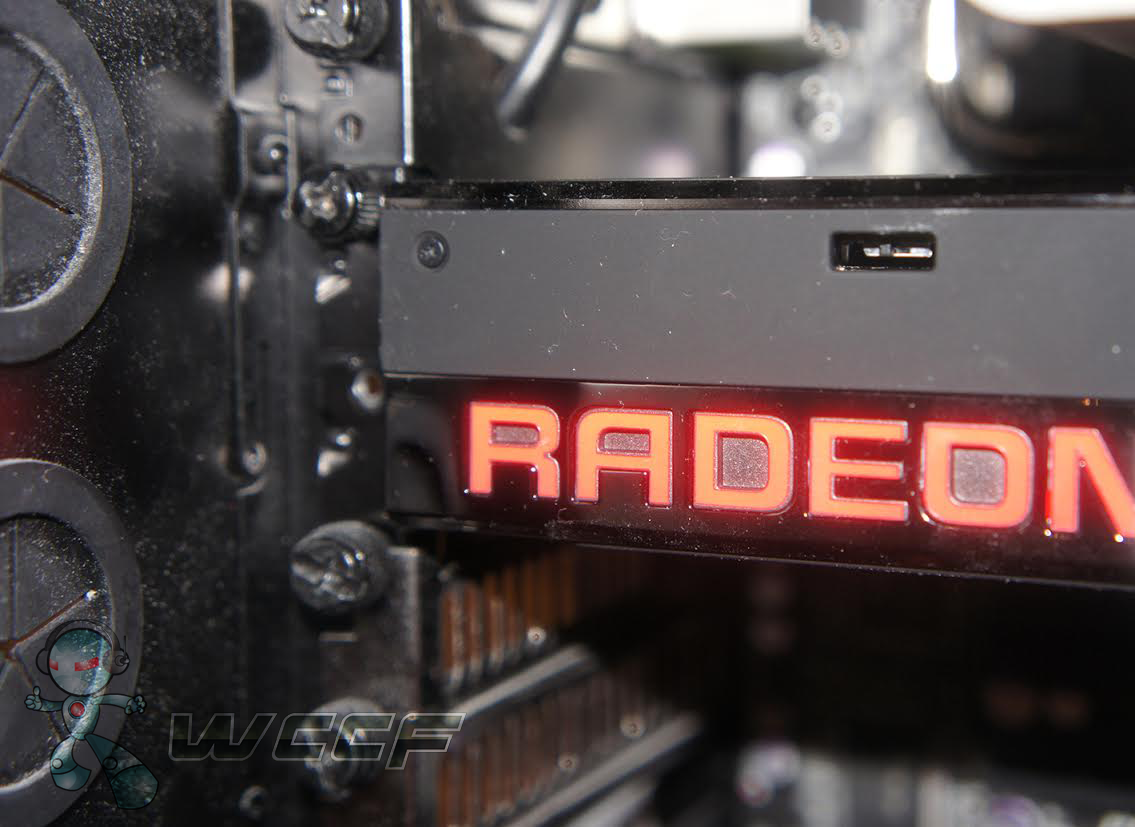 In the photo above we ca see an illuminated red "Radeon" which is engraved into a metal plate. Slightly above that there's a dual BIOS switch. Which can come in handy whilst overclocking or when flashing the BIOS.
The length of the card is 19cm or 7.5inches and in terms of width the card is a dual-slot design but will occupy slightly less than two PCIe slots. Finally the card is rated at a 300W TDP as we had disclosed yesterday and is powered by two 8pin PCIE power connectors. 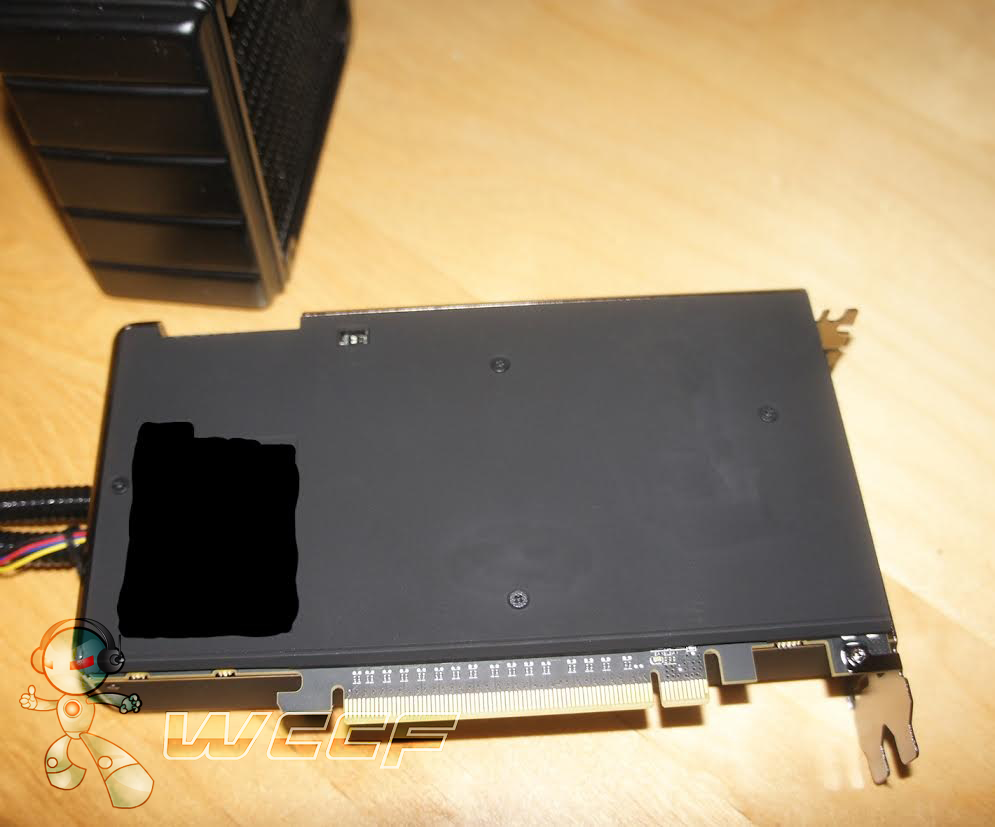 The compact design of the card can be better appreciated in the photo above. We can also see on the left side the opening where the tubing as well as the pump and fan wires come out. If we look at the PCIE x16 connector we can also tell that the PCB is matte black, which would look quite sharp on its own even without a backplate. Despite that AMD decided to go ahead and include a full clean black backplate anyway, which I think many gamers will appreciate.

In this image we can appreciate the compact design even better. We can also see that he radiator is actually of standard thickness. Included with the radiator is a Scythe Gentle Typhoon fan. One of the absolute best radiator fans both in terms of static pressure and noise. In this picture we can also see that the tubing has been sleeved to look like power supply cabling. Which should allow the tubing to blend in with the rest of the system's interior. Adding to that clean homogeneous look with the card is installed.
You can check out the full specs of Fury X and Fury here and the estimated performance of Fury X here.