CD Project Red released their highly anticipated RPG title, Witcher 3: Wild Hunt, this week which was met with positive response throughout the gaming media. The game not only score great in reviews but is regarded as a incremental improvement to the RPG genre. The game which was solely made for the current generation game platforms such as PC, PS4 and Xbox One, it was speculated that the CDProjectRed might have downgraded the graphics to meet optimal performance on the consoles which led fans to believe that the PC version may get a similar treatment as Watch Dogs (another title whose visual downgrade caused several issues across platforms) but after launch, it can be seen that Witcher 3 is a RPG as beautiful as possible and the reviews reflect that. 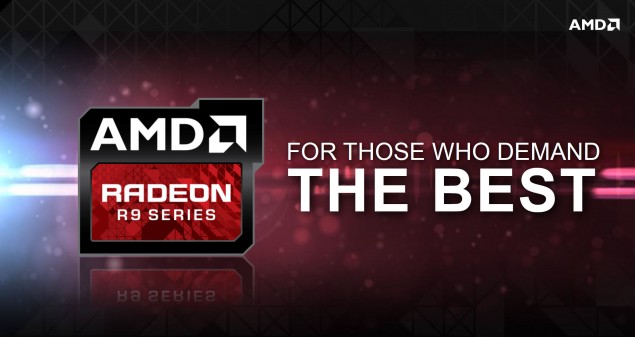 On the PC side, which is also the main platform for the Witcher 3, CDProjectRed utilized NVIDIA's Gameworks technology to leverage image and visual quality of their title by improving hair and fur animations on several characters. Each strand of hair that utilizes hairworks is tessellated and submits realistic movement effects and animations. Prior to the official release, benchmarks were posted by PCGamesHardware which showed that NVIDIA cards were showing better performance compared to AMD cards which was expected since the game is optimized to run better for NVIDIA cards in quite a similar way how Battlefield 4 runs great on AMD Radeon cards since AMD is the official hardware partner of EA and all games developed by them get extra treatment for Radeon cards.

The issues arose when AMD stated that they were being actively blocked from optimizing performance on their cards since gameworks library has locked DLLs that don't allow anyone else to optimize their code aside from NVIDIA themselves. This led many to believe that NVIDIA Gameworks simply doesn't allow any sort of graphics performance improvements on AMD Radeon cards. This however cannot be true considering that AMD said similar things regarding Gameworks during Watch Dogs release yet the fixed the performance later on with a catalyst driver release and the last games such as Far Cry 4 and Dying Light do show good performance on both Radeon and GeForce cards. The other factor to be considered was that the benchmarks were showing most of NVIDIA's Kepler generation of cards performing worse than mid tier Maxwell cards such as the GeForce GTX Titan and GeForce GTX 960 being a couple of frames from each other.

There were some inconsistencies shown in the benchmark however the latest benchmarks posted by TechpowerUp give a better preview of the game after its day one patch applied.In this case, the Kepler and Maxwell cards are showing proper average FPS differences as they should be seen with a significant difference between the performance of a Radeon R9 285 and GeForce GTX Titan. The tessellation levels have little affect on Maxwell and Kepler based cards due to them offering more optimized performance in tessellation intensive scenarios such as the Hairworks implementation in Witcher 3.

This recent controversy started just a couple of days ago when Marcin Momot a spokesperson at CD Projekt Red, the developers behind The Witcher 3, stated that HairWorks, the previously mentioned hair and fur simulation effect from  Nvidia’s GameWorks library  “cannot be optimized for AMD products”. Here’s a quote of what he said.

Many of you have asked us if AMD Radeon GPUs would be able to run NVIDIA’s HairWorks technology – the answer is yes! However, unsatisfactory performance may be experienced as the code of this feature cannot be optimized for AMD products. Radeon users are encouraged to disable NVIDIA HairWorks if the performance is below expectations.

A wonderful post by FriedBongWater (Best Name Ever) on Witcher 3's sub-reddit shows that reducing the tessellation level through catalyst control center can actually lead to better performance on Radeon cards. AMD's GCN architecture compared to NVIDIA's Kepler and Maxwell generation of cards doesn't perform really well in highly tessellated environments as seen in several benchmarks. The latest Radeon R9 285 which makes use of a totally new architecture scheme does improve tessellation performance but still needs further enhancements to close up on Maxwell cards as seen in TechReport's review. Here's the post by the Reddit member:

it's been discovered that hairworks can in fact run relatively smoothly on AMD cards. I'm talking 60fps smooth guys, and the trade-off is barely noticeable.

All you need to do is create a profile for witcher3.exe in your Catalyst Control Center, then set Tessellation Mode to "Override application settings", and finally set the Maximum Tessellation Level to either 2x, 4x, 8x or 16x.

Important: Depending on what tessellation level you set, the hair quality AND performance will vary. For best performance while maintaining realistic hair I recommend 4x or 8x if your card can handle it. I would recommend against using 2x as it severely reduces quality and looks terrible. Here's a comparison photo that lets you see the differences between 2x, 4x, 8x and 16x tessellation levels. (Thanks to nzweers from G3D for the comparison photo!)

For reference I'm using a r9 290 and I have little to no performance impact if I use 8x, if I bump it up to 16x then I regularly drop to 50 in intense areas (e.g. wolf packs). So there you have it, let me know if this also works for you guys - and also if you happen to find any issues that arise from doing this tweak. 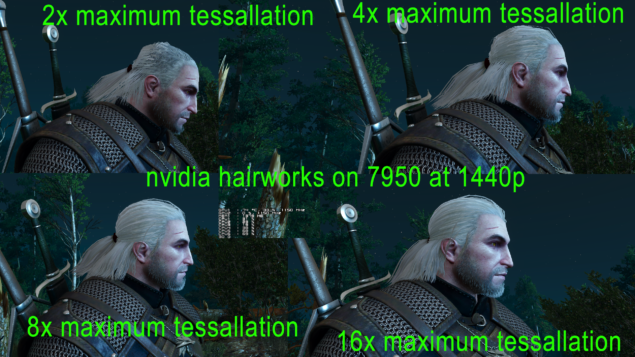 A similar fix for NVIDIA users who are facing reduced performance on their cards can simply turn down the antialiasing levels of Hairworks through the rendering.ini file found in Witcher 3's config folder. The settings allow you to set from four levels that include 2,4,6 and 8. Each being the level of aliasing applied on the hair though it doesn't reduce or enhance the already fixed tessellation effects. Several users who have tried this fix are reporting a sudden increase in performance for AMD cards. For anyone using Radeon cards, this fix can do wonders in improving the game performance.

No WHQL Catalyst Release Since 180 Days - AMD Yet To Respond

On the other hand, It has been AMD 180 days since the previously released a Catalyst WHQL certified driver for their users. While AMD mostly blames NVIDIA for crippling performance on their cards, they easily could have had a fix released like they did with Watch Dogs that ended up giving them big performance increases and bug fixes. The last BETA releases by AMD were delivered to support Freesync and the recent driver update for GTA V. Aside from these, there doesn't seem to be any update on the software side from AMD since the last Omega drivers. While AMD is hard at work on the next Radeon lineup, it can be expected that AMD will issue a better driver roadmap for the new cards compared to the current generation of cards.

Do let us know in the comment section below whether the fix helped you improve performance in Witcher 3. Many thanks to Nico Zweers for the tip!